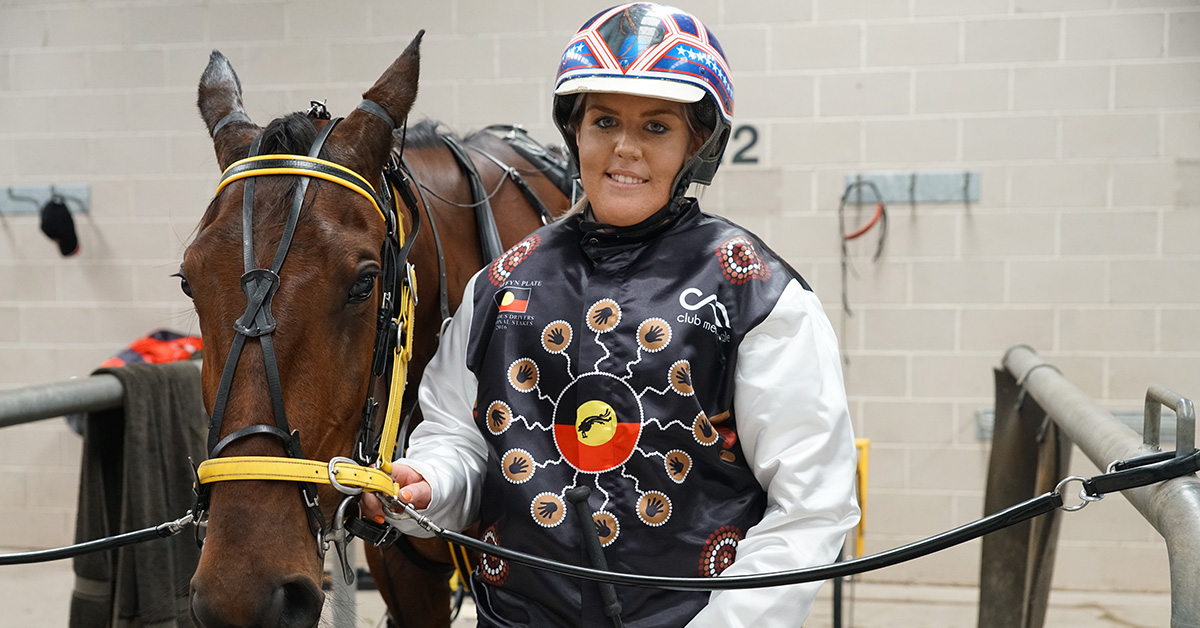 Barnes back to beat the boys

“That’s certainly one of my goals,” says the 2017 champion, who has bounced back from a broken foot to earn her place in the field, which is an integral part of Menangle’s annual Fisher’s Ghost Sunday race meeting.

Despite a slightly-disappointing third at Menangle on Tuesday, trainer Brad Hewitt will back up six-year-old mare Katamach and Barnes is excited about their prospects after the former Kiwi pacer drew gate one for Sunday’s race.

“I’m not sure if Katamach is a leader or not, I’ll do some form and find out, let’s hope she is, ”Barnes said. “Hopefully I’m a better driver now than when I won this race two years ago…and that was a buzz.

“I don’t know exactly how many wins I’ve had since then, maybe 20.

“To be honest I really didn’t think I could qualify until I saw I was down to drive one of Amanda (Turnbull’s) horses in the qualifying heat so my confidence grew a bit.

“It’s just good to be back in it and the heats were spread out this year so that worked out better for me with my foot.

“I have no problems now though and only had to drive at the Young heats to qualify.

“I missed the Tamworth races but we had a worker away at Peter Bullock’s stables where I work so I just couldn’t get away.”

Barnes said “it would be cool to win it again” – but beating the boys was a priority.

With four new drivers in the Final, Barnes might be asked for a few tips when she gets to the track.

“There’s quite a lot of mateships which develop from this race, so I hope the same thing happens,” Barnes said.

“I am also driving in an earlier race in one of the Country Series heats so hopefully I’ll know how the track plays.

“I would love to be back on that podium at the end of the day.”

Menangle director Michael Brown, whose idea of a race for the Indigenous drivers in 2011, has continued to grow each year to become a now sought-after plum for those taking part.

Brown pointed out there are four drivers who are new to the series, talking part this year, Amanda Dean, Todd Day, Jinaya Niass and Scott Wade – and all of them were desperate to get their names on the trophy.

And there’s a couple of old heads – both named Danny – who are as competitive as anyone and rate this feature as the highlight of their year.

“Danny Gibson wants to be a second-time winner and Danny Scanlan wants to join a fairly elite band who have won the race,” Brown said.

“I have to pay tribute to McKayler Barnes just for being able to make it to the Final.

“Here is a young lady who broke her leg in a fall at Menangle and wasn’t sure she’d even be fit enough to take a spot in the qualifying races around the country areas.

“Luckily she was able to win a heat at Young and that got her straight into the final and she’s certainly give the boys a few headaches and something to catch. You can bet on it.”

Brown said the JC Caffyn Plate had been a real success story for Menangle at a time of the year when there weren’t many feature races to look forward to.

“Every year we find the drivers are desperate to be there for the big one, and although it’s disappointing for some when they don’t qualify, it certainly puts the spotlight on some drivers that don’t get the opportunity for any positive publicity,” Brown said.

“There’ll be a few big names who missed out this year, but I’m certain they’ll be back for another crack in 2020.”

Trainer’s misfortune could be your good fort...
Fitzpatrick to strike early
Electrifying performances reasons to be excited
Hurricane alert for Menangle
About author