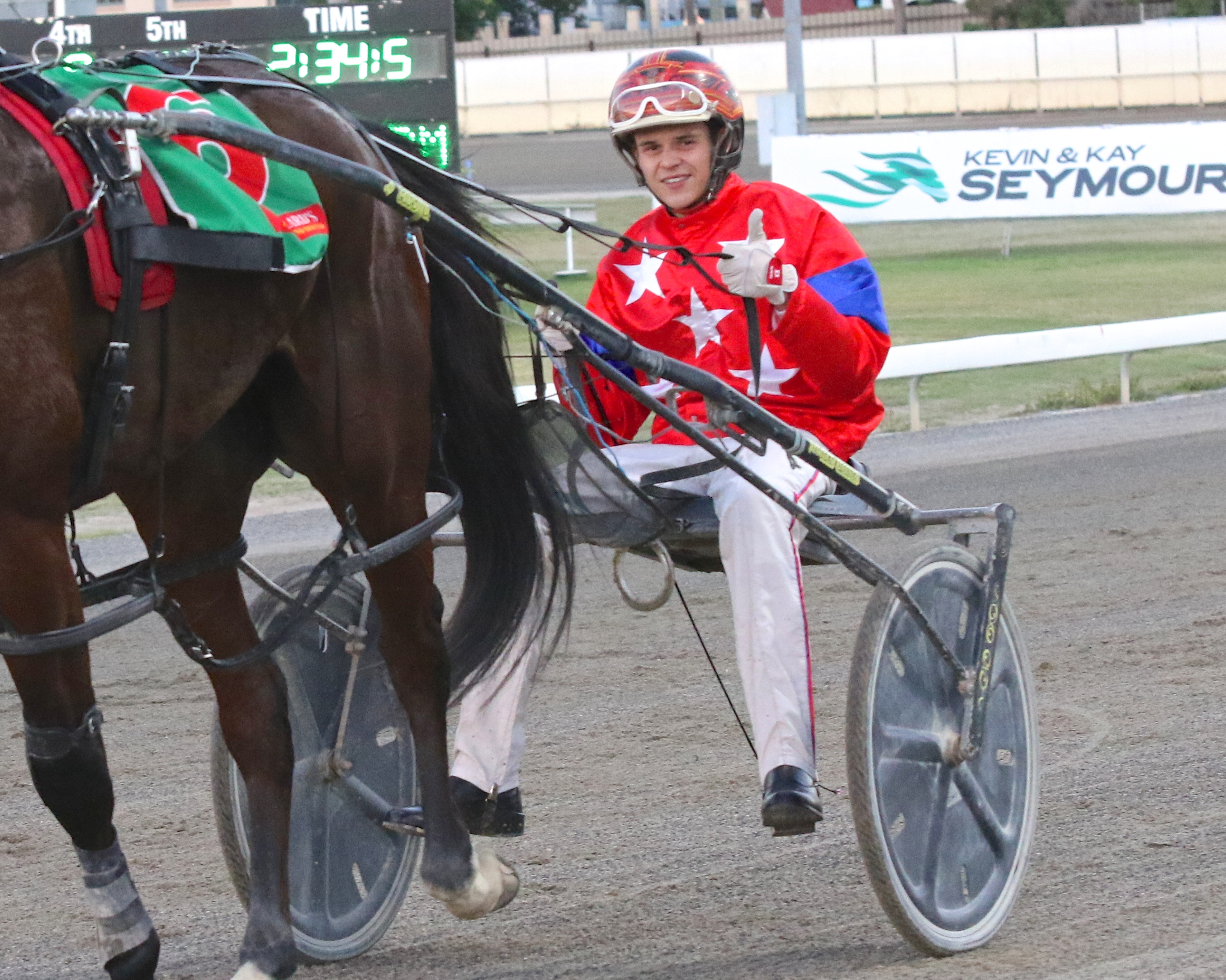 Barnes in demand at Penrith

FRESH from a winning double at ‘The Big M’ – Menangle last Saturday night, promising young reinsman Brendan Barnes has found himself in...

FRESH from a winning double at ‘The Big M’ – Menangle last Saturday night, promising young reinsman Brendan Barnes has found himself in demand at Penrith tonight.

Barnes scored with two long-priced commodities, Left Tennant ($13.80) and Iona Grinner ($18.80) at Tabcorp Park Menangle on Saturday night and heads for Penrith tonight with renewed confidence and an even stronger book of drives.

Barnes has secured four top drives at the Penrith meeting and the absence of gun reinsman Todd McCarthy, who has left to drive in Sweden at next week’s Elitloppet has only enhanced his chances of at the very least another winning double.

The Kerry McDowell stable has been quick to cotton-on to Barnes’ natural ability in the sulky and have offered him three plum drives at Penrith.

Barnes will drive Chevals Charlie, expected to start shorter than the $21 quoted in early markets in Race Two, the TAB.com.au Pace.

Perfectly-drawn in gate three, Chevals Charlie won a trial at Bankstown before finishing just behind the placegetters in three subsequent starts at Penrith, Newcastle and Bankstown and McDowell will be expecting an improved run tonight over the 1720m mobile.

He will also handle All Star Magician in Race Three, a Bankstown winner three starts back with a handy record of five wins from just 18 starts.

The last time this horse drew the pole he led all the way and scored at Bankstown so Barnes will be looking to repeat that effort tonight.

Trainer Elin Olsson has also snapped up Barnes to take the drive on the unlucky Pacific Drums, who has placings at seven of his last nine starts and will also appreciate drawing well in gate two for tonight’s assignment.

Possessed with plenty of gate speed, Barnes may be able to cross and look for an all-the-way win tonight and another which will start a lot shorter than the $26 price posted in this morning’s market.

Barnes’ other hope is with disappointing gelding Matai Valour, again for McDowell, in Race Five.

Matai Valour won a couple of races in New Zealand’s North Island before being brought to Australia and looked an improver when he finished second in his first trial at Menangle.

Connections thought enough of the son of Washington VC to put him in a heat of the rich Carousel series but he let them down with a disappointing ninth.

A return to the front row and a mission away from the long straight at Menangle might see him more competitive in a race where a few of the runners will be looking to find something like their best form.