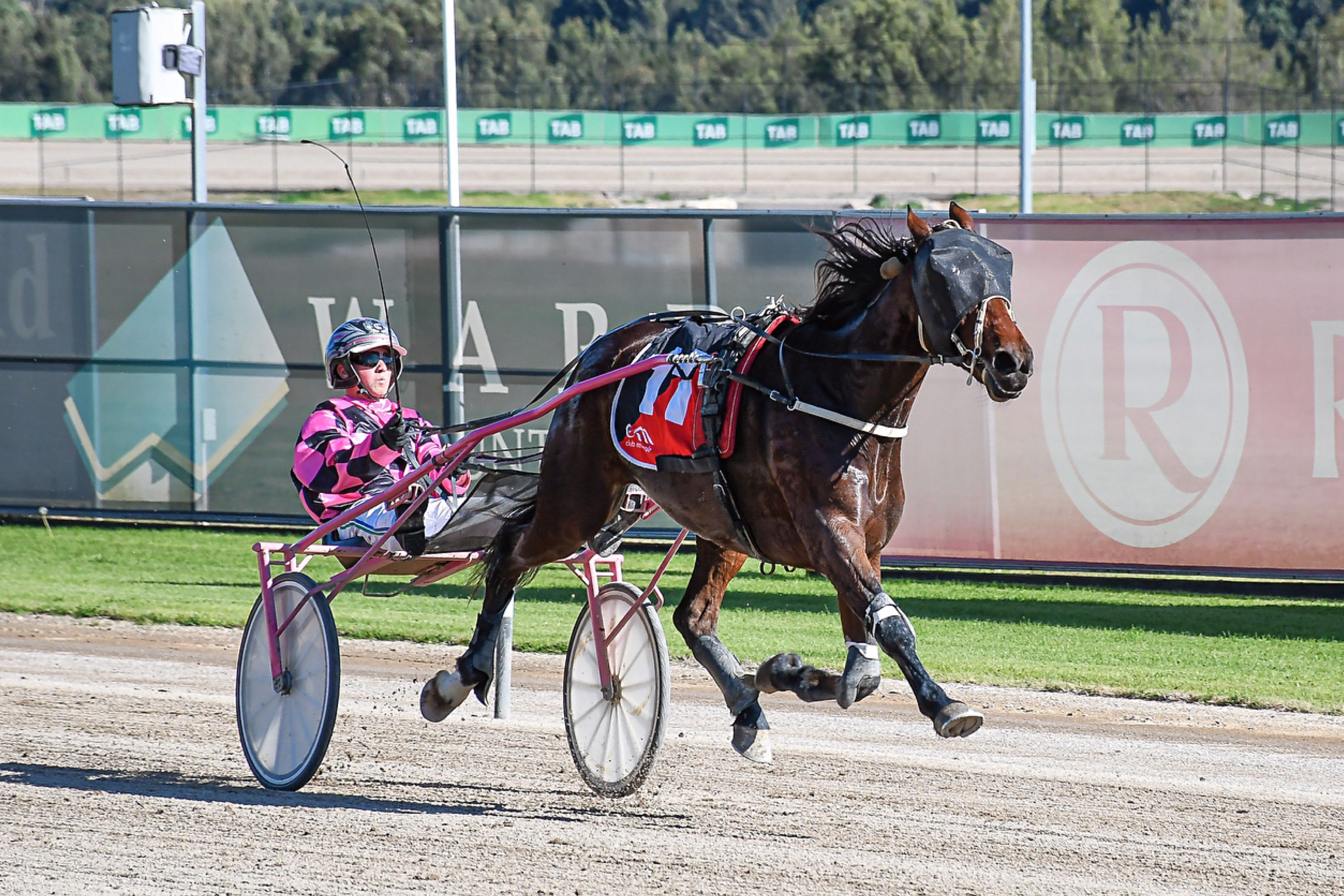 Bartender serves up a double

Hartman1 Kyvalley Boomerang1 The Black Assassin1
JUST occasionally something really worthwhile happens which makes you glad you are tied up in this noble sport of harness racing. . . ....

JUST occasionally something really worthwhile happens which makes you glad you are tied up in this noble sport of harness racing.

I had to talk former Surry Hills publican Graeme Hartman into letting me write a few lines about his double at Tabcorp Park Menangle on Tuesday.

Kyvalley Boomerang scored at $8 with Leonard Cain aboard and then master reinsman Luke McCarthy got the chockies with 50-1 pop The Black Assassin – two of Hartman’s stable of three scoring impressive wins.

Certainly it was a most satisfying day for Hartman as he shares in the ownership of both horses and although it has been probably two years since he trained a double at Menangle he joked: “Heck it might be that long since I’ve even won a race at Menangle.”

That won’t be a problem for the next couple of years as both horses shaped as if there were more wins in store.

Like any good publican, who can train horses just as professionally, Graeme Hartman likes to go about his business and is content to fly under the radar most times.

We had a great old chinwag about the old times when I worked at The Daily Mirror when the racing writers with nicknames like ‘Harpo’, ‘Cumnock’, ‘The Heap’ and ‘Blur’ used to drive him and his pub mad some days with their antics . . . and probably their racing tips as well.

And it took some time before Graeme twigged that I wasn’t just ringing to say ‘well done mate’ but also to ask if I could write a few pars for the Trotguide website as well.

“And be sure to mention the old days when I was a publican.

“I’m having a lot of fun with my small team, I only work three, and I get a lot of satisfaction out of that.”

So much so that Hartman attracted two of his neighbours into the ownership of Kyvalley Boomerang and it’s fair to say Eddie Steadmond and Nadine Cain were just as chuffed about the win, probably more so, than Hartman.

“They got such a kick out of it . . . that makes it all worthwhile,” said Hartman.

“That little trotter has been so unlucky in recent starts.

“And Blacky (The Black Assassin) went well last week after he jibbed at the start and had to chase hard and battled on well.

“I told Luke he was getting close but might need one more run to be spot-on.

“Young Leonard made a split-second decision to get off the pegs with Kyvalley Boomerang during the race – and that was a winning one.”

Hartman also make a quick decision when he bought Kyvalley Boomerang from the Cross and McCarthy stables and his patience with the square-gaiter is beginning to pay off.

“They were thinking about moving him on, but I made an offer for him and I’m glad I did,” he said.

“I do love working with the square-gaiters.

“I think we can win a Saturday night race with him – he’s run some nice races against some of the better ones, so hopefully we can jump in and win one with the right position.

“He’s a good beginner from the stand and he’s come good, so I’m having a bit of fun.”

Hartman describes The Black Assassin as like a big pet puppy dog.

“He’s a lovely horse but can turn it on when he wants to and will bite you or cow-kick you if you aren’t paying attention,” he laughed.

“He’s had more than 200 starts and I’ve never needed to get the vet to him.

“His father was Lombo Pocket Watch and his grandmother was a grey, but he turned out to be a pure black horse . . . which is pretty amazing.” 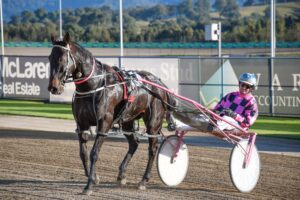 SURPRISE RESULT: Luke McCarthy brings The Black Assassin back a winner . . . at 50-1