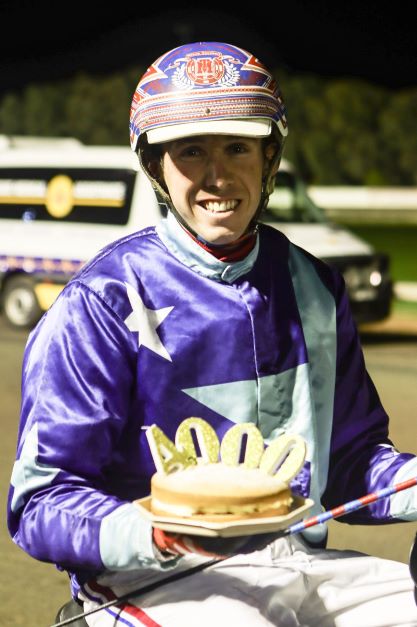 WELL DONE DAD: Mitch Turnbull has the cake to prove it for Dad Steve landing his 4000th winner.

Bathurst legend cheers home No. 4000 – from his loungeroom

Steve Turnbull5
IT took a few weeks of eager anticipation before champion Bathurst horseman Steve Turnbull achieved a significant milestone when he trained his 4000th  winner... 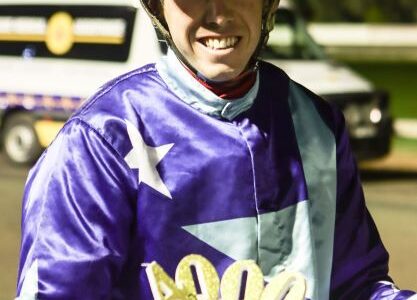 IT took a few weeks of eager anticipation before champion Bathurst horseman Steve Turnbull achieved a significant milestone when he trained his 4000th  winner in the final event at Parkes on Saturday night.

That earned him the distinction of being the only harness racing trainer in Australasia to reach the goal.

His two-year-old You Cannot Hide provided a fairytale moment for the Turnbull family as not only did the colt bring up Steve’s 4000th win, he also provided son Mitch with his 400th winner as a reinsman.

And it took a 10 out of 10 copybook drive from young Turnbull to weave his way through the field over the mile journey before scooting clear to score by an ever-increasing margin.

A healthy local crowd braved the wintry conditions to witness the history-making victory and applauded loudly as Mitch saluted to their cheers, proving just how popular the Turnbull family is at the track that has provided them with so many winners for more than four decades.

“Unfortunately, I did not get to Parkes on Saturday night,” said Turnbull.

“We only had the one runner engaged at the meeting, and it had been a harrowing week chasing that elusive win.

“So, I sent Mitch up there and Jenny and I were so proud of him getting the job done, watching from home.

“My confidence was a bit reserved with the colt drawn in barrier nine at his first start.

“But Mitch could not have driven him any better.”

Fate almost intervened to deprive them of victory . . . Saturday night’s win almost did not eventuate following a float mishap on the way to Parkes.

“When the boys rang me to say the truck had blown two tyres, I thought to myself that elusive win just was not meant to be,” said Steve.

“But we got them sorted and Mitch and the colt did not let us down.”

There have been so many highlights in Turnbull’s illustrious career, too many to mention.

But the one horse that will always hold pride of place is champion gelding Smooth Satin.

“I have had so many memorable wins, but obviously Smooth Satin’s Miracle Mile and Inter Dominion wins are at the top,” said Turnbull.

“It is something I probably won’t experience again.

“Without the support of my wife Jenny and our family, I would not have achieved the success that I have.

“They have helped and supported me right through my career.”

Catching up with a legend, who’s the son of ...
Back at the top of his game
ATOMIC RED
Champion horseman hitting his hopples
About author