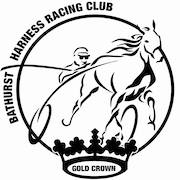 BATHURST PREVIEW JULY 26: Rixon the stable to follow at Bathurst

WINTER racing in the West comes to life this week with the Bathurst Club hosting a “Mini-Carnival” for the Alabar NSW Breeders Challenge Regional Series.

Tonight’s meeting will see eight semi-finals before six Group Three $30,000 finals for two, three and four-year-olds being staged at the same venue on Sunday.

Trying to qualify tonight will be members from the 4YO entires/geldings brigade as well as three-year-olds from both sexes.

While many of the leading barns will be attending, it may pay to follow the smaller stable of Peter Rixon who has around 10 horses in work. 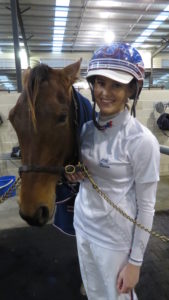 SET FOR A BIG NIGHT: Ellen Rixon heads for Bathurst with high hopes.

Rixon hit the big time in the ‘noughties’ with triple Derby and Miracle Mile winner Divisive before injury curtailed his career.

He still trots out regular winners but these days Peter – and his wife Cindy – are now known as the proud parents of leading junior drivers, Rising Star champion Ellen (18) and Will (16).

With Will on the sidelines due to a suspension, Ellen – fresh from a winning treble at Newcastle on Monday – takes three drives tonight.

Rixon believes Rockn Brushgrove and Jimison have bright winning prospects and is waiting for Belligerence to recapture her best.

Rockn Brushgrove has been racing tough in recent months but without winning due to his bad barriers.

He has class over his rivals running such a huge race in the Group 1 event of this series before two more big runs in M0 company.

“His draws have just been horrendous,” Rixon said.

“His fast work on Sunday showed me he has taken no harm from his hard runs. I suppose barrier 12 tonight is not so bad as we can follow through.”

Rixon has a very good opinion of seven-time winner, Jimison who also has to contend with the back row in 12.

“He’s reached his peak at the right time,” added Rixon with the horse winning his past two starts, the latest in 1:53.9 leading at Menangle.

“He needs constant racing and you can see how much better he went last time from his previous win.

After a very promising start to her career, Rixon is at the crossroads with Belligerence.

“I just can’t get her to anywhere near where I thought she would be,” he said.

“I have freshened her up and she worked okay but I just can’t put my finger on it.”