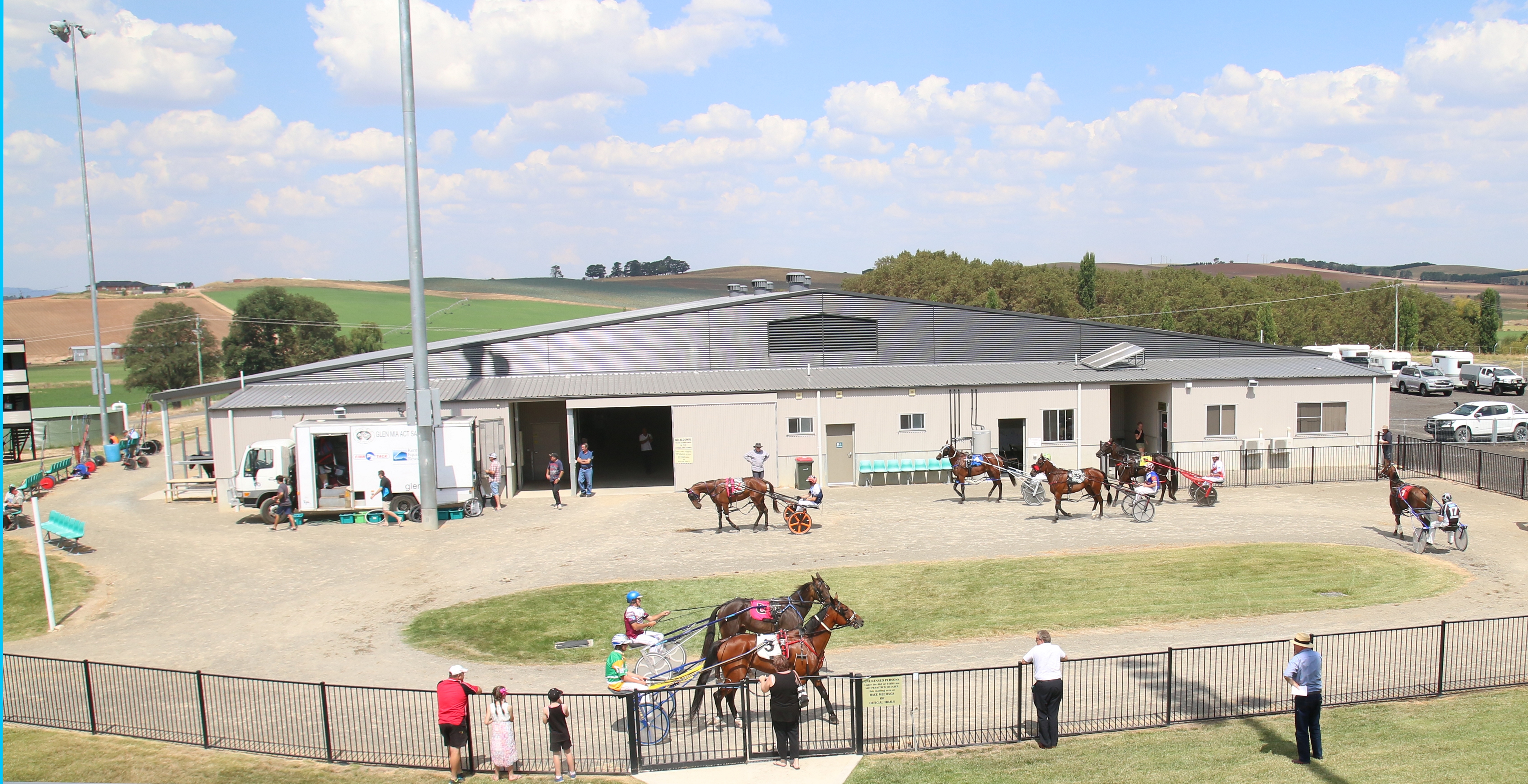 PARADING IN FOOTY COLOURS: A nice change in the parade ring at Bathurst on Sunday.

bathurst46 kangaroos1 Rugby league1 terry neil1
THE LINK between trotting and Rugby League has long been observed. The Miracle Mile race was the creation of former Kangaroos’ great Len Smith,...

THE LINK between trotting and Rugby League has long been observed.

The Miracle Mile race was the creation of former Kangaroos’ great Len Smith, and many other champions to have worn the green and gold colours, such as Ian Walsh and Peter Sterling, had connections to the sport.

Now Ricky Stuart and the Croker boys are part of a strong Canberra Raiders ownership group as well.

Sunday arvo has traditionally been the time for footy in “the bush”, so it was most appropriate that the Gold Crown Paceway meeting last Sunday afternoon served as the official launch of the Group 10 Rugby League season.

Races were named for the nine clubs from Bathurst, Oberon, Orange, Mudgee, Cowra, Lithgow and Blayney, and players and supporters from those centres enjoyed this final day of rest before trial games and knockout carnivals begin next week.

Horses in the C0/C1 class fifth race were drawn for each of the clubs, with drivers swapping their normal colours for the footy jumpers of those teams.

Panther Star, trained by Steve Jones for a syndicate of Bathurst Panthers players and officials, was a deserved winner, charging to the lead up the back but copping a flat tyre in the process, and then showing real courage to hold off a pack of challengers all the way to the line in a 56.5s final half.

Aaron Garaty said that when he looked down and saw the tyre wrapping around the rim, he thought he should “go for broke, and make them catch me.” He did, but they couldn’t.

Bathurst HRC CEO and manager of the Panthers football club, Danny Dwyer, is the syndicate manager and the driving force behind the now well-established Rugby League race meeting.

He was pleased with the result, even though Panther Star carried to victory the colours of his club’s local rivals, Bathurst St Patricks.

Bragging rights might have been shared, but the Panthers boys took the prizemoney home.

Easing the mare into the running line from inside the second line, Grimson set the Operative daughter alight to loop the field within the length of the back straight, and then kept them off the bit before unleashing a brilliant 27.7s final quarter to leave Redbelly Jack and Taylors Reason far astern.

Connections plan to set her for the Wagga Cup, after the disappointment of missing a start in the upcoming Ladyship Mile. Grimson thinks that “may prove to be a blessing in disguise, because she’s just a four-year-old and should be even better next season.”

Bernie Hewitt book-ended the meeting, with Bettor Sport in 2YO class and Might And Main which led for the last lap to rate 1:55.6 in the C3 closing event.

Bettor Sport was impressive in sitting in the death then forging clear on the turn and showing brilliant speed in a 27.1s closing quarter, to rate 2:00.5 at his second start.

Part-owner Wayne Loader gave Hewitt the commission to purchase a filly at last year’s Sydney APG Sale, and received a surprise when his trainer rang halfway through proceedings to tell him he had a Sportswriter colt instead, for $18,000.

He was unperturbed by the sex-change then, and he’s absolutely delighted about it now, as he looks forward to a start in the Gold Crown series.

* Ruth Shannon (Peter Bullock/McKayler Barnes), breaking maiden status at start 39 (13 places), from an ODM draw which her driver reckons might be the key to the win;

* Blake On Fire (Kevin Medlyn/Mat Rue), another to lead throughout, in a C0/C1 sprint, to remain undefeated this time in work;

* Delilaah NZ in 3YO class, the Bettors daughter successful in her Australian debut for trainer/driver Michael Muscat, showing promise to lead throughout in a 1:55.4 rate.

Bathurst stable setting the pace
BATHURST PREVIEW JULY 26: Rixon the stable to foll...
Turnbull glad he drove on through the rain
Shoobee worth waiting for
About author