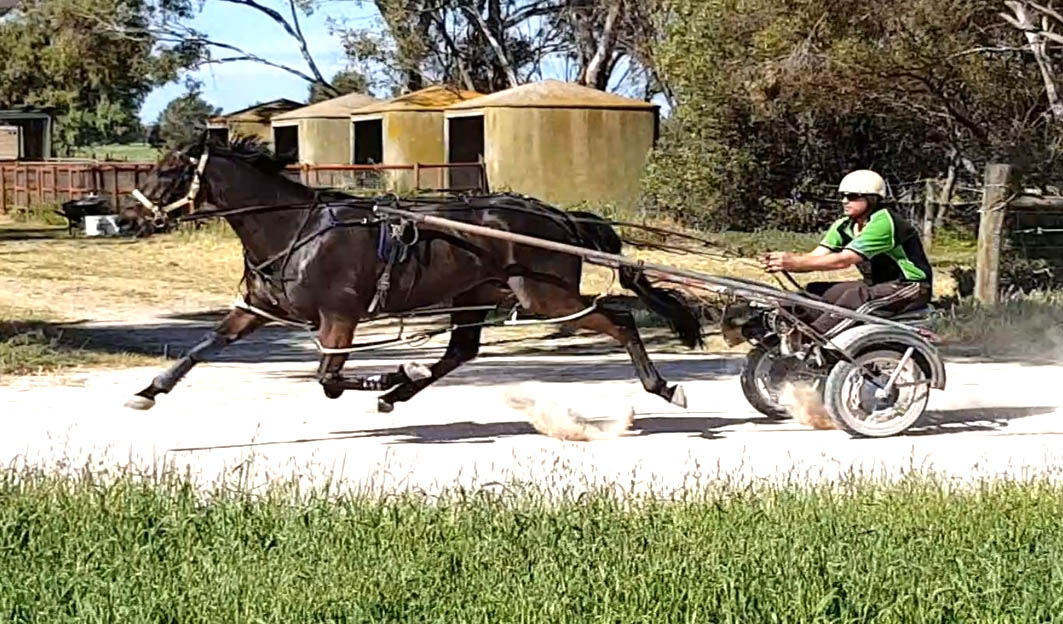 Beach to bounce back

HANDY pacer Ona Rocky Beach is expected to bounce back to the winners’ circle at Globe Derby on Saturday night despite his outside of...

HANDY pacer Ona Rocky Beach is expected to bounce back to the winners’ circle at Globe Derby on Saturday night despite his outside of the front draw.

Admitting he was disappointed with the gelding’s fifth in the Victor Harbor Cup a fortnight ago, trainer Shane Young is confident Ona Rocky Beach can return to his best during the weekend.

Before his provincial performance, the son of Pacific Rocket won four of his five starts, while finishing a gutsy second in the other.

“I was disappointed with him at Victor Harbor, but I had his blood done after and it wasn’t quite right,” Young said. “Hopefully I’ve got his blood sorted out now.

“I fast worked him yesterday and he went really well, I was really happy with him…he looks 100 per cent.

“If he races up to the standard he was before Victor Harbor he is going to be very hard to beat.”

Selecting Condrieu as the one to beat, Young believes Lookofalegend is also capable of making his presence front from barrier three.

“Condrieu is a class horse, which is the main danger even though he’s drawn the back row,” Young said. “Lookofalegend has the draw to give cheek, but he is also first-up from a break.

“Our draw has made it tough, but it’s not an overly strong field.”

Top reinswomen to clash in Invitational
Better late than never
Adams has found his No. 1
Winners help keep the cold at bay
About author