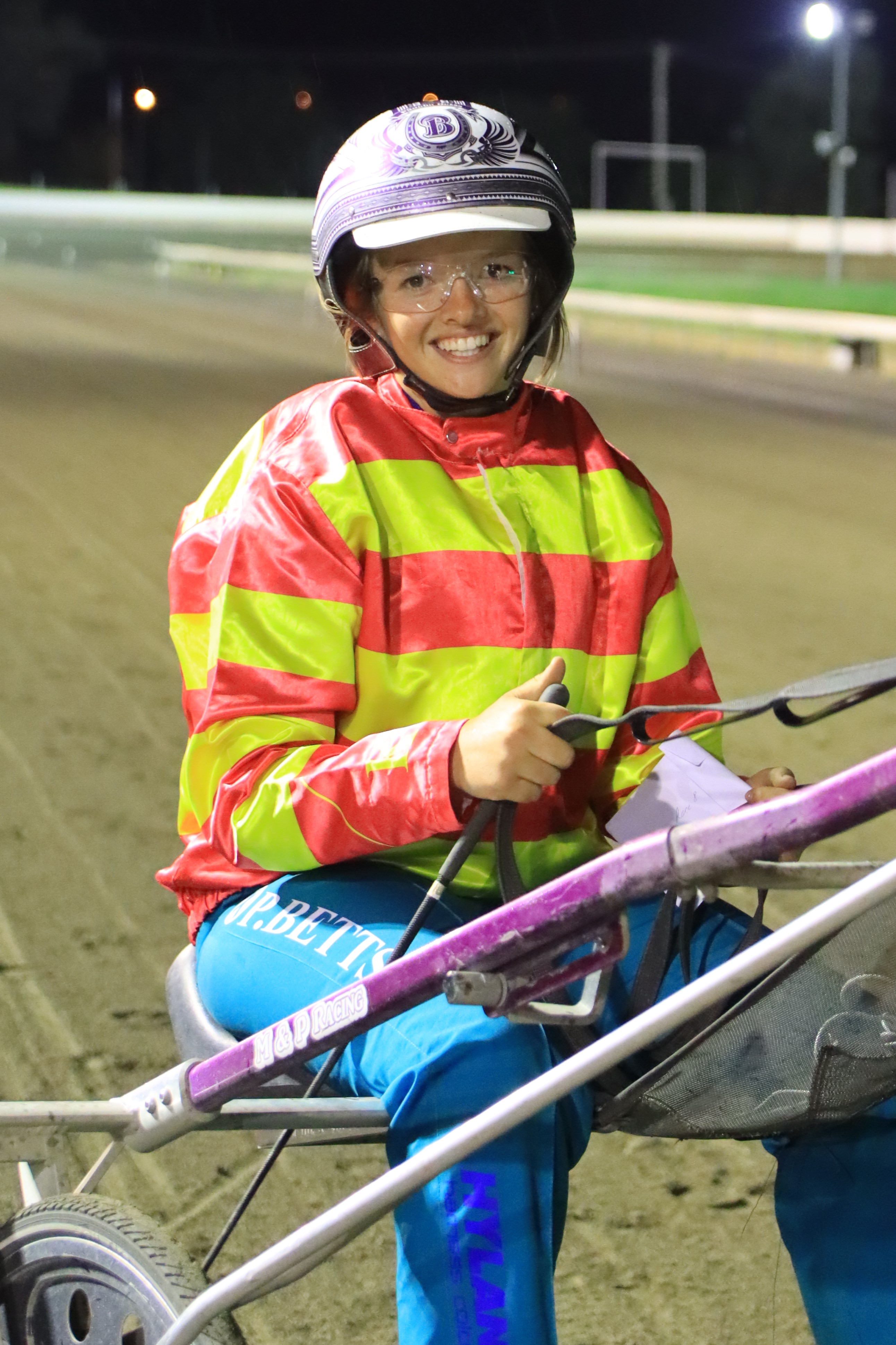 bathurst46 Phoebe Betts2
HARD work is beginning to pay dividends for the latest in yet another Bathurst harness racing ‘dynasty’. While the Turnbull and Hewitt clans tend...

HARD work is beginning to pay dividends for the latest in yet another Bathurst harness racing ‘dynasty’.

While the Turnbull and Hewitt clans tend to dominate the sport around Bathurst, there is another family that continues to make its mark.

And at just 16-years of age Phoebe Betts is already making a name for herself around the leading western region track.

The fact that Betts is working for two of Bathurst’s most dominant stables, Amanda Turnbull and Chris Frisby is only adding to the expert advice and talent that Phoebe is now showing in the sulky.

Of course, her brother Jed and parents Graham and Monica are popular figures in Bathurst harness racing, and all have had their share of success.

While Phoebe is just starting out, she has already landed “five or six” winners at places like Bathurst, Young and Dubbo.

Phoebe heads for Bathurst tonight with four good chances on the eight-race card, with the best of those likely to be Our Uncle Dan for Chris Frisby, listed as a $2.25 favourite in early markets, for Race 8.

By then, though, Phoebe will be hoping to leave her mark on the meeting with two other drives for the Frisby stable and one for Monica Betts, Abercrombie Tab in Race 1.

“He’s been going well with no luck in the draws. He did it tough last week and still ran second and just needs a few breaks to go his way,” Phoebe said.

“Our Uncle Jim (Race 3) is a bit of a funny horse and sometimes he tries harder than at other times.

“La Player has just come to us from Craig Turnbull’s –Victorian stables – he’s a bit casual but we’ll see how he goes tonight.

While she is yet to drive at Menangle, Phoebe said just driving there one day would be a thrill and was definitely on the bucket list.

“We do help each other out at home but I also get plenty of good driving tips from people like Amanda and Steve Turnbull and Chris Frisby.”

Boserio nearing a magical mark
Back at the top of his game
Micky’s thriving in the bush
Peter’s happy to forget those early ‘m...
About author