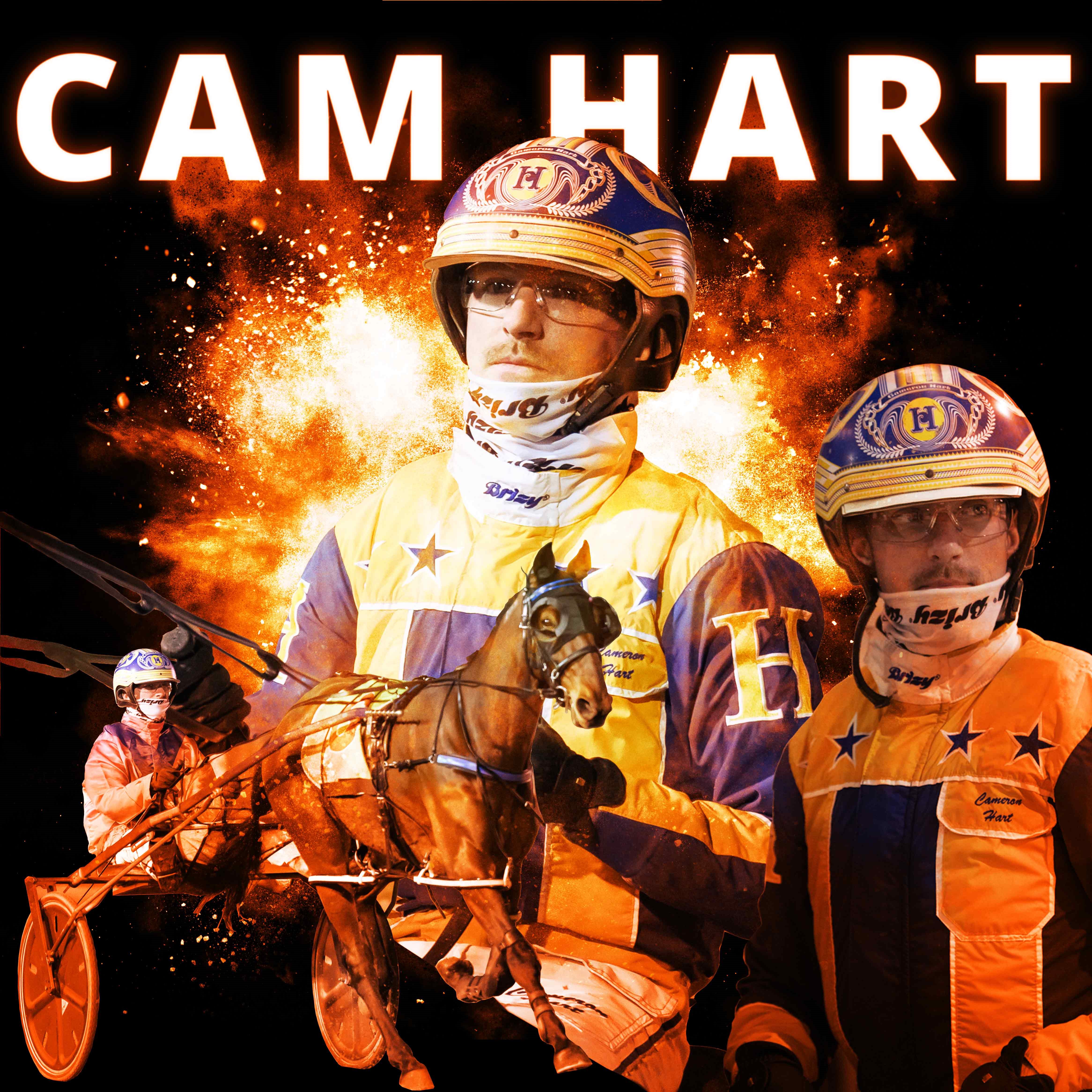 CARNIVAL NEWCOMER: Cam Hart will be one of the star attractions at the Golden Guitar heats in Tamworth.

Big-name trainers tuning up for a Golden Guitar

Cameron Hart16 Golden Guitar6 Jarrod Alchin8
TAMWORTH will host five heats of the Multiquip Golden Guitar on Sunday evening with 50 pacers vying for one of the 10 spots in...

TAMWORTH will host five heats of the Multiquip Golden Guitar on Sunday evening with 50 pacers vying for one of the 10 spots in a $40,000 Final.

Sydney trainer Jarrod Alchin will continue his quest to gain another spot and a serious shot at winning the Final.

“I have won heats of the Golden Guitar before but no luck in the final,” said Alchin.

The Sydney horseman will also be accompanied by star young reinsman Cameron Hart, who will take the reins behind Aqua Sancta, Delightful Dude and Just A Little Bit for the Alchin stables.

“Cameron drives all my horses and has the pick of his drives,” said Alchin.

“This is the first time he will be coming to Tamworth for the carnival and I think we have a couple of good chances, but we have to overcome the barrier draws first.”

Hart finished the 2021 racing season on top of the NSW premiership ladder in both the State and Concession Drivers Premierships in landing 174 winning drives and 228 placings, amassing a total of $1,969,550 in prizemoney for owners and trainers.

Aqua Sancta will be the first to take up the challenge in the Multiquip Golden Guitar Heat 2 from the 10 barrier with his last start being at Menangle on January 6.

“He seems to be a nice horse and broke 26 seconds in the last quarter in his last start at Menangle,” said Alchin of the Bettors Delight gelding.

“The horse is where we want him to be but he does have a bit of traffic to overcome from the draw.”

Delightful Dude also has the 10 barrier in the Multiquip Engineering Golden Guitar Heat 3 and comes into the race off a last-start third at Menangle.

“The horse is at the top of his game at the moment – he is the main reason for coming,” said Alchin with the gelding boasting six wins from 13 starts last season.

Just a Little Bit is the only runner from the team to begin off the front line and has secured barrier six in the Multiquip Aggregates Golden Guitar Heat 4.

“He has drawn badly as well,” said Alchin.

“But he got home well at his last start.”

Just A Little Bit finished second at Penrith on December 23 behind Team Of Starzzz, beaten a half neck over 1720m with the mile rate clocked at 1.56.1.

“Cameron has driven all the horses before and I think we have a couple of good chances,” said Alchin.

“But we have to make it into the final first.”

Meanwhile Queensland trainer Graham Dwyer has 10 runners in the five Golden Guitar Heats as he looks to secure a few spots in the final.

“The closest I have been in the final is I finished fourth,” said Dwyer.

“Everyone would like to think they have the winner – you have to be positive going into the heats.

“I think Harps (Cameron Hart) and The Hervey Bay (Michael Formosa) will be my best chances this year.”

Local hopes will rest with 10 Tamworth trainers contesting the five heats and all looking for a spot in the $40,000 Multiquip Golden Guitar Final on Friday next week.