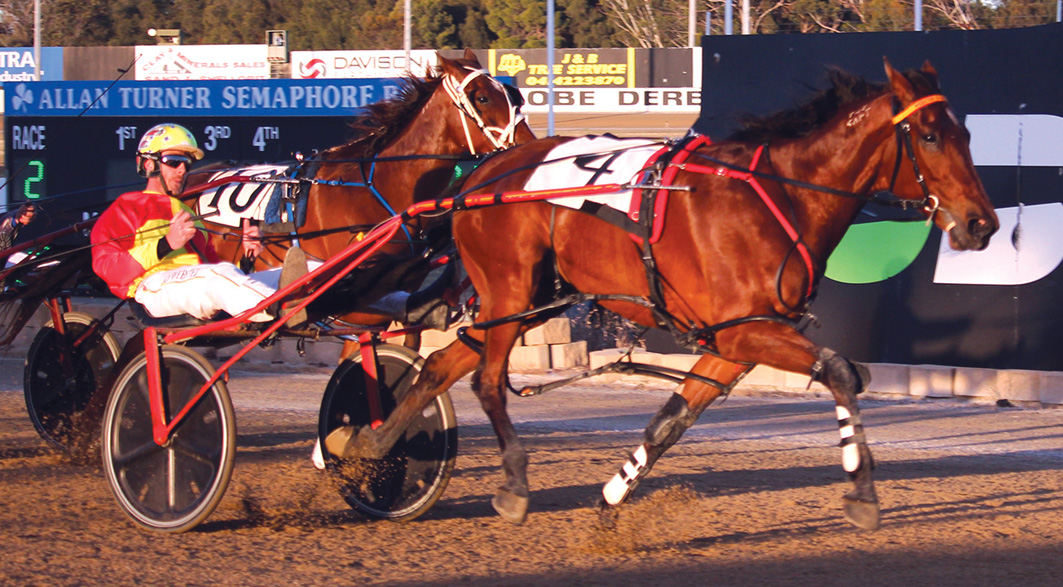 Big improver for the Cup

AFTER slightly disappointing in his heat – despite winning – Ideal World is expected to be “sharper” in Saturday night’s Mount Gambier Cup. First-up...

AFTER slightly disappointing in his heat – despite winning – Ideal World is expected to be “sharper” in Saturday night’s Mount Gambier Cup.

First-up from a 12-week spell, during which time he had an operation, Ideal World was settled two-back in the running line from barrier five before being angled three-wide without cover at the bell.

Forced to dig deep along the home straight, the son of American Ideal scored by a head in 2:03.7 over 2590 metres, with his time 3.4 seconds quicker than opening heat winner, Live Atom.

With a fortnight between qualifiers and the Final, Ideal World has improved dramatically according to trainer Aaron Bain.

“He wasn’t at his best in the heat…a little under done,” Bain said. “He trialled the week before and I wanted him to have a good hit out but it had a reverse affect and he was a bit flat.

“The week at home has brightened him up and he will be spot on come Saturday.

“His last preparation came to an end because his airway was closing shut and distorting his self pallet, which required an operation.

“Touch wood it’s all behind him now and he is ready to get on with the job.”

Citing My Harmony Blue as the biggest threat, Bain hopes a minor draw advantage can be exploited to ensure an Ideal World victory.

The gelding will come from barrier six, with My Harmony Blue drawn on his outside.

“Although she was fourth in her heat, My Harmony Blue is the one to beat,” Bain said. “Matty Craven’s team is team air born at the moment and you’ve got to respect them.

“We will be going forward at the start, and if he can find the top, it will make him very hard to get past.”