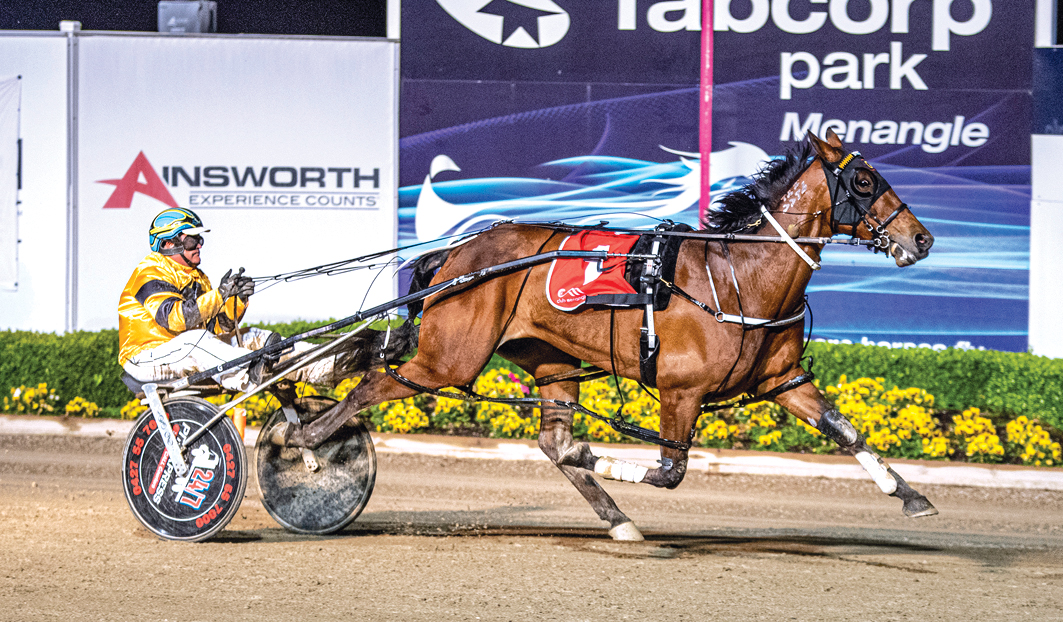 LAST night appeared to be a night for comeback pacers to shine. It’s been well covered how Bling It On has returned from retirement...

LAST night appeared to be a night for comeback pacers to shine.

It’s been well covered how Bling It On has returned from retirement to capture the Victoria Cup at Tabcorp Park Melton in track record time.

On the same card exciting stallion The Storm Inside registered his second win from three starts since overcoming a broken cannon bone.

Expected to make the transition to the highest level, The Storm Inside took his record to an impressive 13 wins and two seconds from 15 starts.

A little further north – Menangle to be exact – talented mare Takara Truffle completed her second win from four outings back from injury.

Prepared by Mark Jones and Aaron Goadbsy, Takara Truffle spent 13 months off after breaking her leg.

That was the second time the daughter of American Ideal has endured an extended stint away from the track due to injury.

At the end of her three-year-old season Takara Truffle was on the sidelines due to stress fractures in both front legs!

“It’s been a long process with her,” Goadsby said. “Realistically we didn’t think she would get back to the races let alone going as well as she is.

“She’s had three leg injuries and is like Bionic Mare at this stage, but she is holding together well.

“Hopefully she can remain sound and keep working through the grades.”

With Guy Chapple holding the reins Takara Truffle led throughout from the pole to account for Smithstars Lexus and The Space Invader in 1:53.7 over a mile.

“She has raced well in her four runs back and her work has been top notch,” Goadsby said. “Given that combined with her draw and gate speed I thought she was near enough to a good thing.

“That’s pretty much how she won, which was very pleasing to see.”