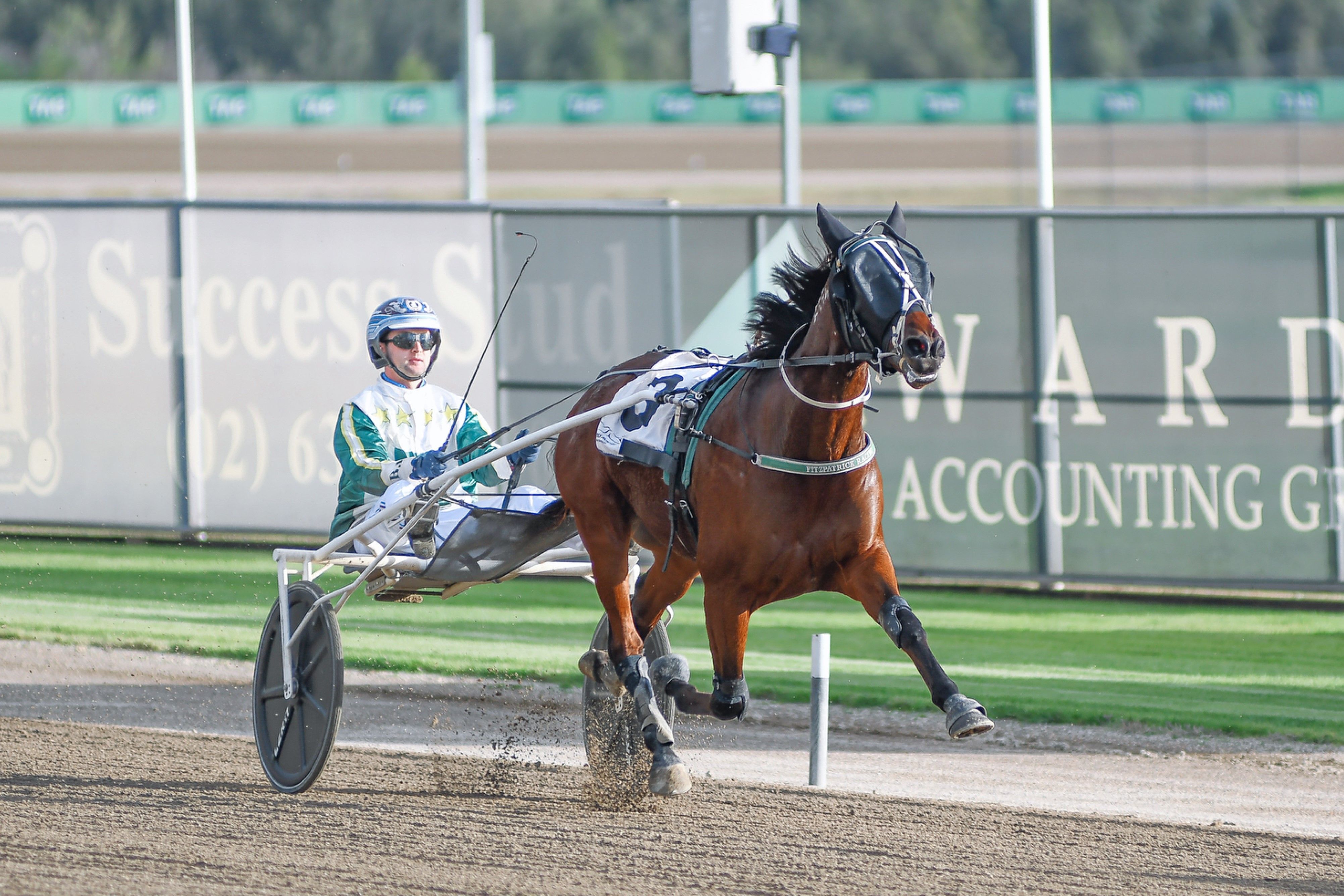 BACK IN ACTION: Gimondi

Blake watches from afar as Gimondi chases a Crown

Blake Fitzpatrick19 Gimondi1 Menangle216
CHAMPION reinsman Blake Fitzpatrick admits it will be an eerie feeling watching one of his star trotters from a different state when his ace...

CHAMPION reinsman Blake Fitzpatrick admits it will be an eerie feeling watching one of his star trotters from a different state when his ace square-gaiter Gimondi tackles a Breeders Crown final at Melton tonight.

Fitzpatrick has left Gimondi under the care of Jess Tubbs and Greg Sugars at Bacchus Marsh and is thrilled with how well the son of Peak has settled in south of the border.

“To have runners in a Breeders Crown final and not be there is quite different, that’s for sure,” said Fitzpatrick.

Yet Fitzpatrick is quietly confident of success following Gimondi’s fabulous win over Elite Stride in their heat at Maryborough a little over a week ago.

“He seems to have gotten better with every run down there and they’re really happy with him,” he said.

“In his last win, he sat outside Elite Stride, who has been the benchmark for three-year-old trotters, not just in NSW but maybe Australia-wide this season, so his run was outstanding.

“He’s fourth up Saturday night and while his draw makes it a little awkward, he is quick enough out of the gate to make his own luck.

“Greg Sugars doesn’t need any instructions, he’s one of their best reinsmen, and I’ll leave it in his hands.

“I’ve driven the horse here a few times and he can really run the gate and Greg has that option if he wants to use it.

“But if Gimondi leads he is a very hard horse to get around.”

“She went into her heat off one soft trial at Menangle and from all reports her work since then has been really good and although she goes into tonight’s race as a maiden she has raced against some smart two-year-olds here in NSW.

“Her greatest asset is her professionalism: she doesn’t put a foot wrong.

“While she might not have the class of a horse like Mexicana, I think she’s a really good chance of running a place.”

Meanwhile Fitzpatrick will be busy at Menangle tonight with four drives, including More Shades Of Gold for his own stable.

“He’s knocking on the door but lately just keeps finding one or two better than him,” he said.

“Tonight, he can use his blistering gate speed and find the pegs and if driven with cover can run a great race.”

Fitzpatrick also drives Mighty Flying Deal for Kylie Barnes in Race 3; Total Diva for Peter Hanson in Race 4 and The Maldives for Ian Wilson in Race 7.

Five ‘Late Mail’ specials for Menangle...
Finding you a winner at Menangle Saturday night
Three out of four ain’t bad
Specials galore at Menangle and Albion Park
About author