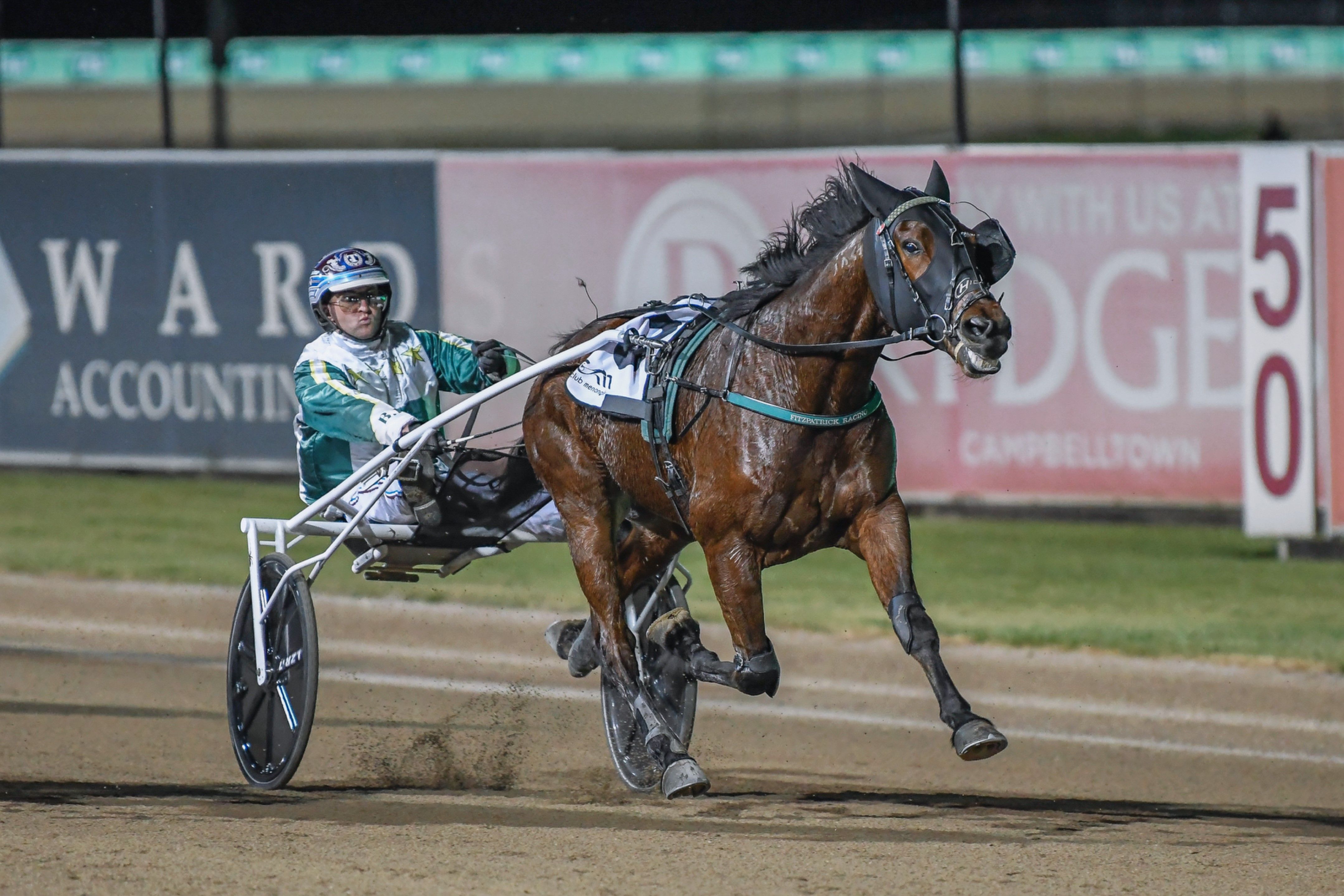 MORE SHADES OF GOLD scores at Menangle on Saturday night.

NOT content with just racing one of the busiest harness racing stables in Sydney, leading trainer-driver Blake Fitzpatrick has just renewed his galloping trainer’s license after a few years in abeyance.

“We have a couple of gallopers in work and hope we can win a few races with them,” said the man who prepares the largest team of square-gaiters on the Sydney scene.

“The breed is totally different and the work is completely diverse, but it’s something we enjoy,” said Fitzpatrick.

He won the race with the talented More Shades Of Gold, driven by Jack Trainor, while his own drive, Adelle, the $3.20 favourite, suffered some interference during the run and struggled home in last place.

“That’s racing, it was quite unfortunate for Adelle; she struck some interference but full credit to the winner. He really deserved that win on Saturday night,” said Blake.

“I think Adelle would have been right in the finish – I guess we’ll never know now and we’ll have to wait until next week to give Adelle her chance to atone.”

Blake says More Shades Of Gold was a promising trotter in New Zealand who also raced in a Breeders Crown final when trained by Nicole Molander in Victoria but had some niggling problems and had several setbacks before being sent to Blake where he could swim him and use the facilities as well as a good hill track which suited the five-year-old.

“He’s now as sound as he’s ever been and has been consistent for the past 18 months or so.”

Fitzpatrick has two more of his trotting team in at Menangle today – Richard The Third and Moment In The Sun in Race 2.

“There’s not a lot between the two but under the conditions I think Richard The Third is probably the better suited of the two,” said Blake.

“He should have benefitted a lot from his first-up run and should run an improved race today.”

Blake has also picked up a couple of ‘outside’ drives – Louisiana Freedom, a $51 shot for David Waite in Race 3 and Bentley Bullet, also an outsider, for Phillip Willis in Race 5.