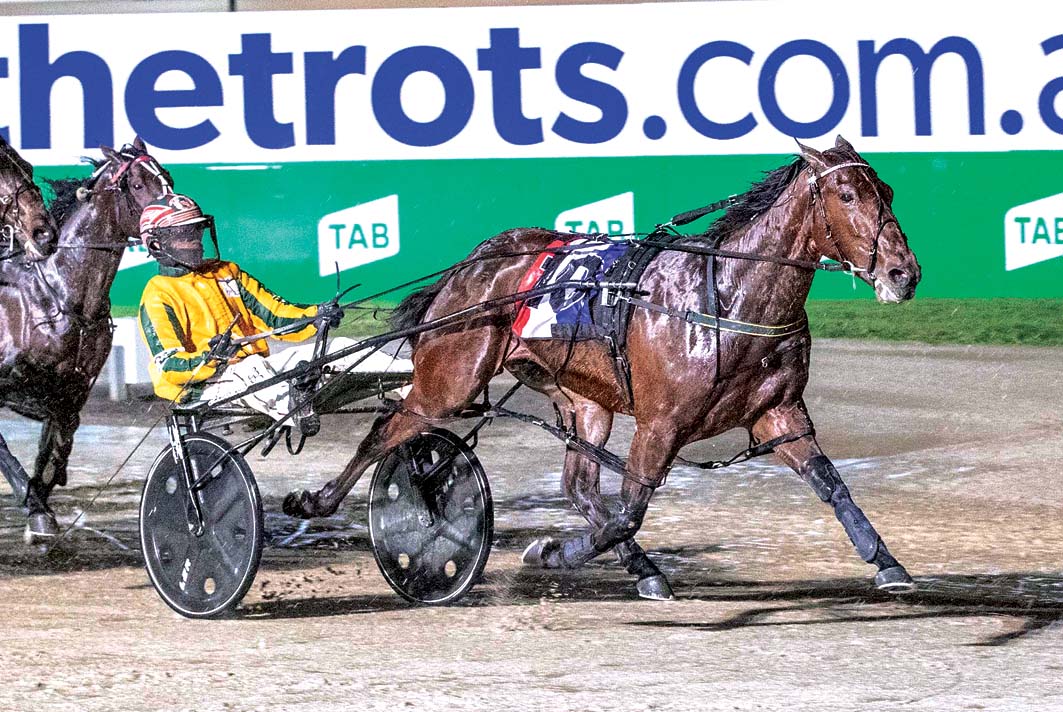 Blossoming into a star freshman

NEXT month’s Vicbred Super Series heats are on top of the agenda for boom youngster Mirragon. Blossoming into a star two-year-old, Mirragon has been...

NEXT month’s Vicbred Super Series heats are on top of the agenda for boom youngster Mirragon.

Blossoming into a star two-year-old, Mirragon has been targeted at the futurity following his triumph at Tabcorp Park Melton just moments ago.

Should he avoid any thorns along the way, the Australian Pacing Gold purchase will then progress to the $130,000 Final on July 6.

“He’s a very nice type, which I quite like,” trainer Emma Stewart said. “He has been close to faultless so far and is getting better as he goes along.

“The Vicbred is next for him and he should prove hard to beat in that.”

Driven by Greg Sugars during his latest victory, Mirragon was given time to settle in his stride from the second row before being sent forward three-wide to sit outside the leader – his stablemate Pandering.

Forging his way to the front at the top of the home straight, the son of Art Major completed a strong three-and-a-half metre win from Withoutthetuh, with Pandering a half-neck away third.

“That was another top run from him,” Stewart said. “The second draw can always be a bit tricky but Greg drove him brilliantly.

“He’s done the work in a quick last half and got to the line well.”

Mirragon’s success was the middle leg of a treble for Stewart who also scored with Shining Oro and Tam Major, which were partnered by Chris Alford.