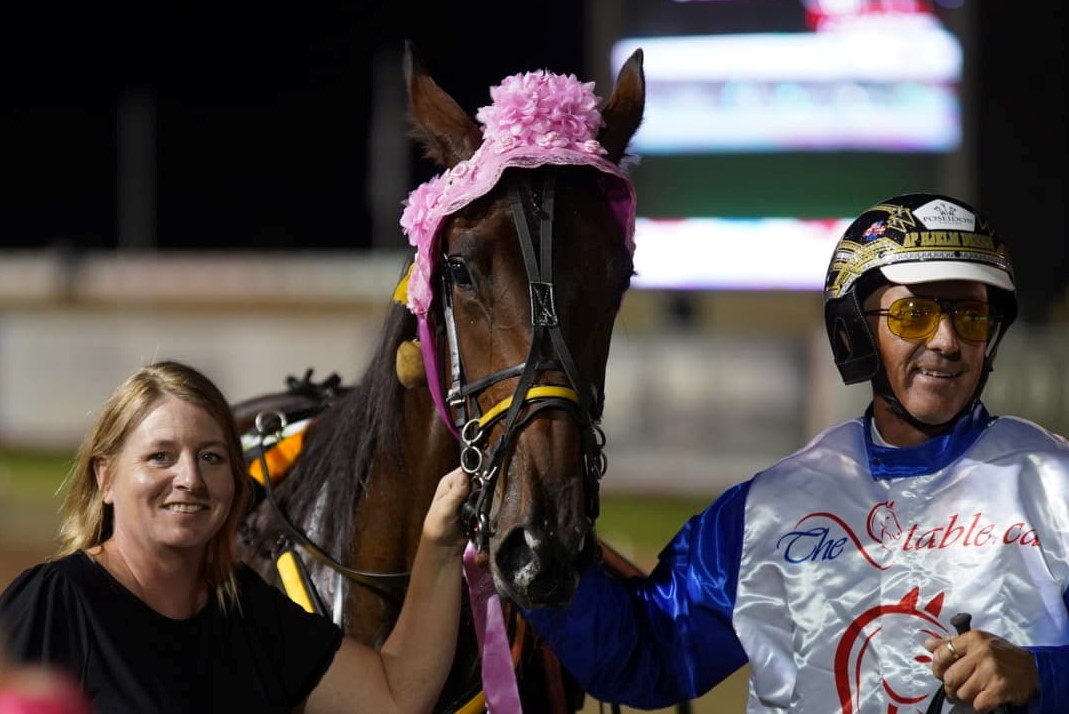 Bonnet a perfect fit for Girl From Oz

Girl From Oz3 Pink Bonnet1
You could probably call it a ‘hometown’ victory . . . yet it also came all the way from Canada. Certainly there were plenty...

You could probably call it a ‘hometown’ victory . . . yet it also came all the way from Canada.

Certainly there were plenty of locals thrilled with the win of Girl From Oz in last night’s $50,000 Group Two Allied Express Fran Fitzpatrick Pink Bonnet at Club Menangle.

Aside from being one of trainer-driver Darren McCall’s bigger wins since returning to Australia after a long stint in North America, it was also the first Pink Bonnet for Club Menangle director and multiple horse owner Daniel Cordina.

Yet the filly is also part-owned by Canadian trainer-driver Anthony McDonald, who spent some time in Australia last year and left impressed with the set-up here and decided he wanted to invest in some horses and syndicate them here as well.

Wait, the ‘connection’ continues: Girl From Oz was purchased at the Australian Pacing Gold sales in Sydney and the Heston Blue Chip-sired youngster is from Girls Go Racing.

Incredibly, Girls Go Racing was owned, syndicated and raced by Club Menangle several years ago and won several races before she headed to the breeding barn.

“Maybe we should have asked a bit more money for her,” joked Club Menangle Racing Manager David Wonson, who helped pick Girls Go Racing out at the yearling sales, along with several others, which were successfully syndicated.

“This is a race I have always wanted to win,” Cordina said.

“I was beaten with a horse named Art Mistress here a few years ago and decided then and there it was a race I wanted to win.

“Anthony was on a speaking tour here and he came to the sales and picked out a couple of horses at those sales, Girl From Oz, who won and also Rockindownunder, who was second reserve for the race tonight and didn’t get a run, but it was a good effort to get this far.

“We were pretty pleased with his selection of horses.”

Cordina said they were quietly confident Girl From Oz could run a good race.

“She sat outside Breivika and ran third last week in 1:55 and we thought that run was fabulous,” Cordina said.

“We thought a good barrier and we were right in it.

“We didn’t draw that well but Darren was confident she could go OK, without being over-confident.

“He always thought we had a very nice horse and now the proof is in the pudding.

“She may have a few days off and go in a two-year-old race here and then hopefully go on and race at Bathurst in their Gold Crown carnival.”

Cordina said the filly was originally passed in at the sale but McDonald had a look at her and liked her confirmation before approaching the breeders and they agreed to syndicate her and they also kept 25 per cent of the horse.

An owner who buys horses at the sales most years, Cordina and his brother John have long been great supporters of the industry.

Naturally Cordina was straight onto the phone to check if McDonald had been able to watch the race.

“It was about 5am and he was actually asleep but he was still very pleased to hear the news,” Cordina said.

“Now we’ll head for the APG sales next Sunday and we’ll be looking to buy another couple of horses.

“We’re looking at fractional ownership and we’ll look at more horses for Anthony and if anyone is interested, well, they are welcome to contact me through Club Menangle and we’ll put them in the picture. 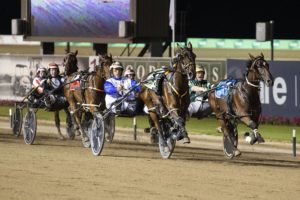