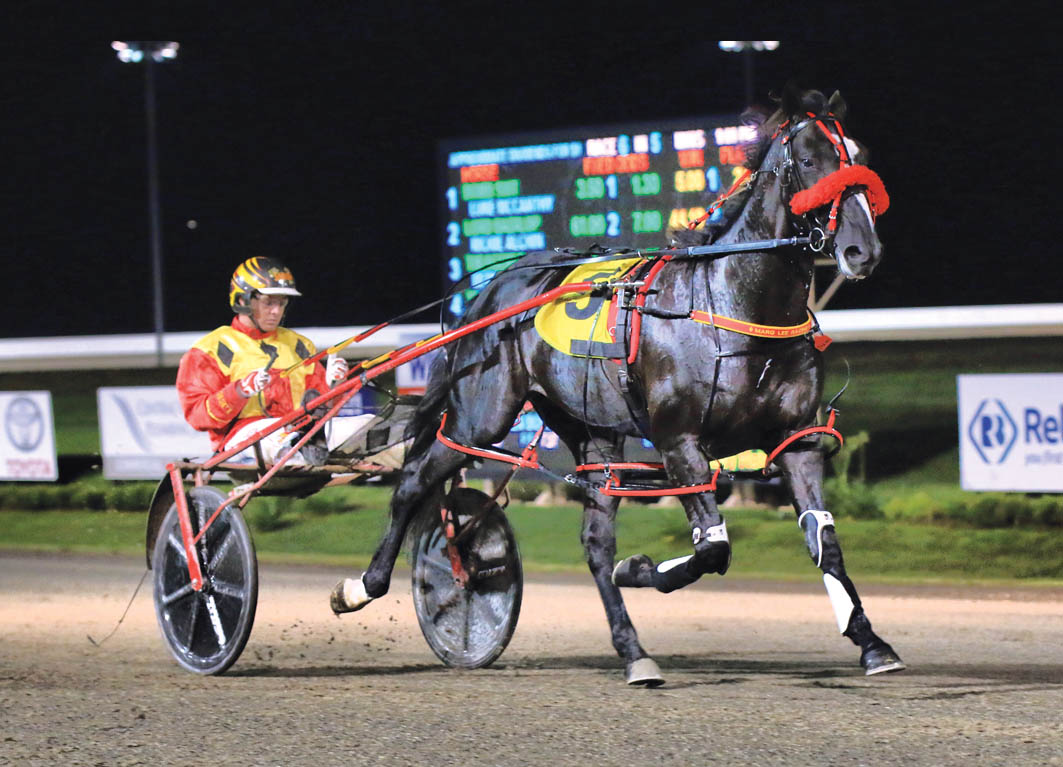 YET to return home from his current one, Jilliby Nitro is already on target for another interstate trip. Speaking after Jilliby Nitro’s Australian Pacing...

YET to return home from his current one, Jilliby Nitro is already on target for another interstate trip.

Set to embark on a long float trip to Victoria, Jilliby Nitro will be given a light week before being prepared for the New South Wales Breeders’ Challenge.

The futurity culminates in a $125,000 Final at Tabcorp Park Menangle on June 30.

Menangle’s Training Centre is also part of Lee’s itinerary on the way home.

“The long float home won’t seem so bad now after that win,” Lee said. “We will stop Menangle to use the Aquagait on the way home as we have had a few little issues with him like a bit of a sore back and couple little things.

“We’ll see how he pulls up from tonight, but all going well, he will be back in Menangle next month for the Breeders’ Challenge.”

Driven by Lee’s son Jason during his latest Group One success, Jilliby Nitro began quickly to lead from barrier two as Be Happy Mach worked overtime on his outside.

Fending off the initial challenge at the top of the home straight, Jilliby Nitro sprinted to a three-and-a-half metre win from Yejele Hammer, with Be Happy Mach battling on bravely to be a half-head away third.

“He has done a terrific job to win the Bathurst Crown and now this.

“He’s got a good nature and settles anywhere he goes which is great and is just a lovely horse.”

Lee’s trek home was made even more pleasant in the following race when Jilliby Bandit – also an APG purchase – scored from Saloon Passage and Colt Thirty One.

“Bandit and Nitro are friends at home, plus this was a suitable race for him, so he made the trip as a companion,” Lee said.

“He might also go to Menangle with Nitro too.”