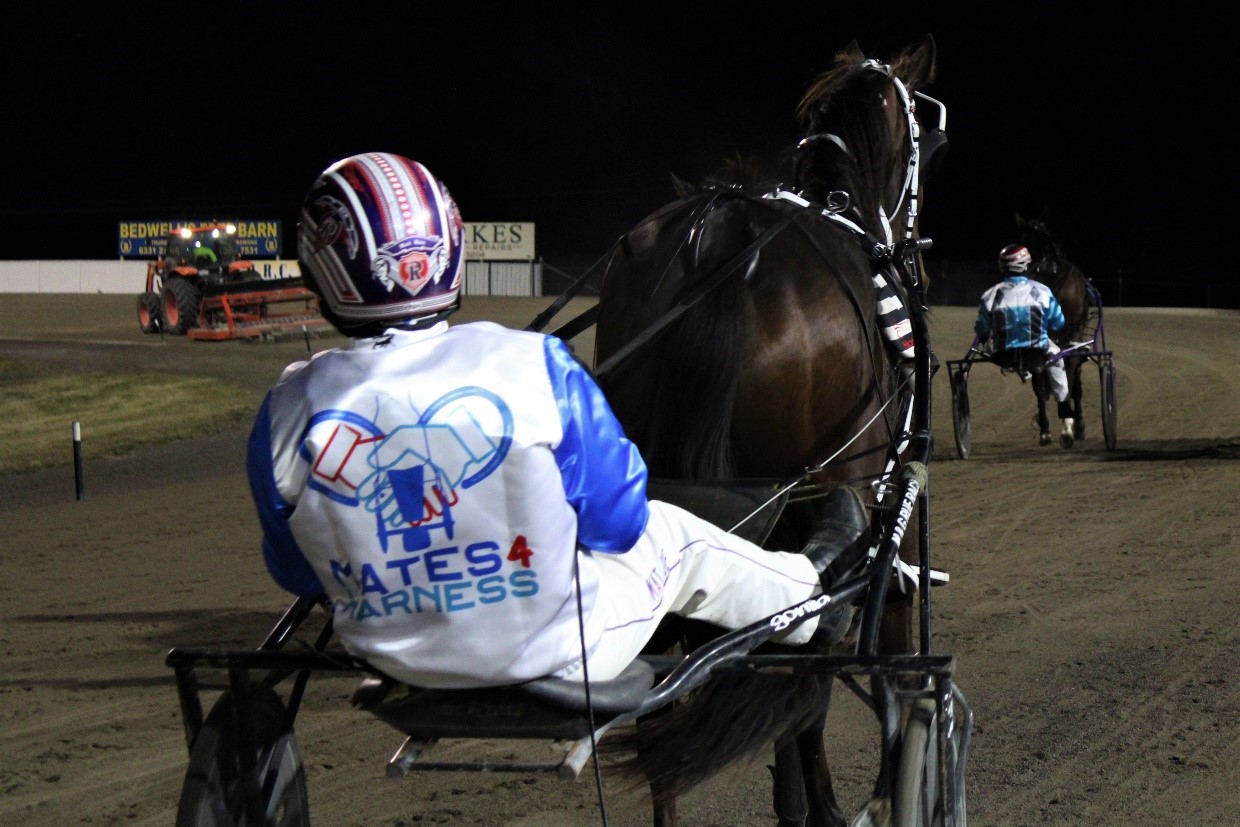 These new ‘Mates 4 Harness’ silks caught the eye at Bathurst on Wednesday night.

BATHURST hosted an eight-race program on Wednesday night, with trainers Bernie Hewitt and John Boserio, along with drivers Doug Hewitt and Amanda Turnbull, notching up doubles.

Father-son combination Bernie and Doug Hewitt took out races one and seven, courtesy of Bettor Sport and Carla Jane.

On both occasions, Doug was able to secure the position behind the leader and make good use of the sprint lane over the concluding stages.

Four-year-old gelding Bettor Sport scored by two metres from the Nathan Turnbull-trained Dontch See It, while three-year-old filly Carla Jane scored by a narrow neck margin over another of Turnbull’s runners – Baby Bee Mine.

Turnbull didn’t just have to settle for seconds though, with his runner Smoking Zak leading all the way in the Cobbity Equine Pace.

The ‘Turnbull’ name struck again twice on the card, with Amanda driving Firestorm Red to victory for her father Steve and also steering Lucky Cruz to victory for brother Josh.

Both runners proved too slick for their rivals, sitting outside the leader for the duration of the journey and holding on to win.

Meanwhile, trainer John Boserio has found himself only one win away from reaching 150 career training victories, after his runners Holy Camp Dillon and Hes Sweet scored.

Driven by Anthony Frisby, Holy Camp Dillon worked forward to find the position outside the leader, with just under a lap to go.

Proving too good, the three-year-old was able to score a comfortable four-metre win.

While Boserio’s other runner, two-year-old Hes Sweet, scored a cosy trip behind the leader for driver Mat Rue, and was able to make good use of the sprint lane and score by 4.6 metres.

Of the rest, concession driver Phoebe Betts notched up her 15th career victory, allowing her to now gain a metropolitan licence.

The win came courtesy of the Chris Frisby-trained La Player, which also gave Betts and the five-year-old gelding back-to-back wins.

Bathurst Preview – August 2
Sutton gets his chance to shine
Fran’s long journey to the winners’ ci...
It’s no ‘Mistery’, it’s a ...
About author