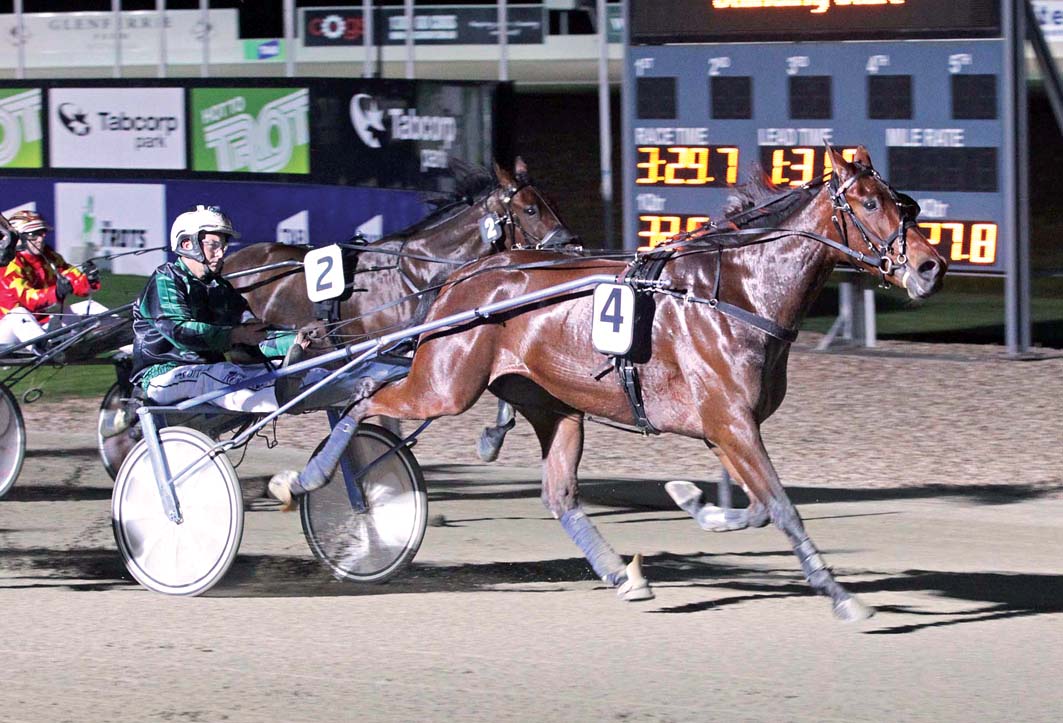 HANDY squaregaiter The Boss Man broke a long drought from the winners’ circle with his Charlton Trotters’ Cup success today.

Before his form lapse the gelding was shaping as last season’s Cups King, with three wins and four placings.

“He’s had a lot of problems since the Great Southern Star last year,” Tormey said. “So it’s good to have him back in winning form.

“It was just before last year’s Charlton Cup when he had a paddock accident and was out for a couple of months, then came back and had two starts, but just wasn’t right.

“So he had another break and has been slowly building up this time in. He is one of those horses which never has a major issue, but quite a few setbacks.”

Beginning quickly to lead from barrier five, The Boss Man was never seriously challenged as he cruised to an 11-metre win from Our Twentyten, with Tiavons Dream nine metres away third.

“I’ve been able to get more work into him during the past couple of weeks and expected him to improve,” Tormey said. “Hopefully now that he is back in winning form he can keep it going for a while.

“We’ll head to The Knight Pistol next then the Grand Prix at Melton and then look for another country cup as he love the longer distance.”