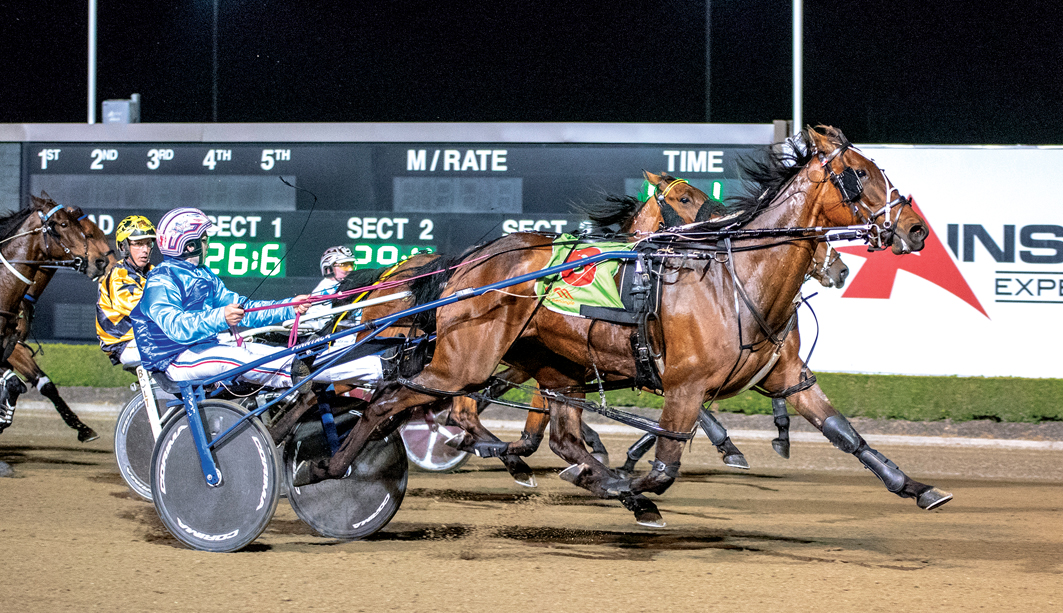 PURCHASED with the view of boosting her sibling’s breeding prospects, Bridget Blue Chip has surprisingly “jumped to the front of the queue”. From well-bred...

PURCHASED with the view of boosting her sibling’s breeding prospects, Bridget Blue Chip has surprisingly “jumped to the front of the queue”.

From well-bred mare Kates Rocket, Bridget Blue Chip is a half-sister to the Dougal Steel-owned My Major Rocket.

Since her arrival Bridget Blue Chip has “exceeded expectations” by registering three wins and three placings from six starts – including a victory in 1:51.7.

“She’s done a good job since she got here,” Shane said. “She is related to My Major Rocket which is why we’ve got her.

“So far she has exceeded expectations and is turning out better than we predicted.

“We’re still learning what she is capable of doing but we like what we’ve seen so far.”

Bridget Blue Chip will be given another opportunity to improve her record – and help My Major Rocket – at Tabcorp Park Menangle on Saturday night.

Despite the early obstacle, Tritton is confident the daughter of Santanna Blue Chip can score with Lachie Manzelmann in the cart.

“She is certainly good enough to win from the draw, but it is never easy from there,” Tritton said. “She came from the same draw last week and was only beaten a head in 1:52 after working outside the leader.

“After her first few starts for Dougal he sold her to Lachie’s father who wanted him to have a nice metropolitan horse to drive on a regular basis.”