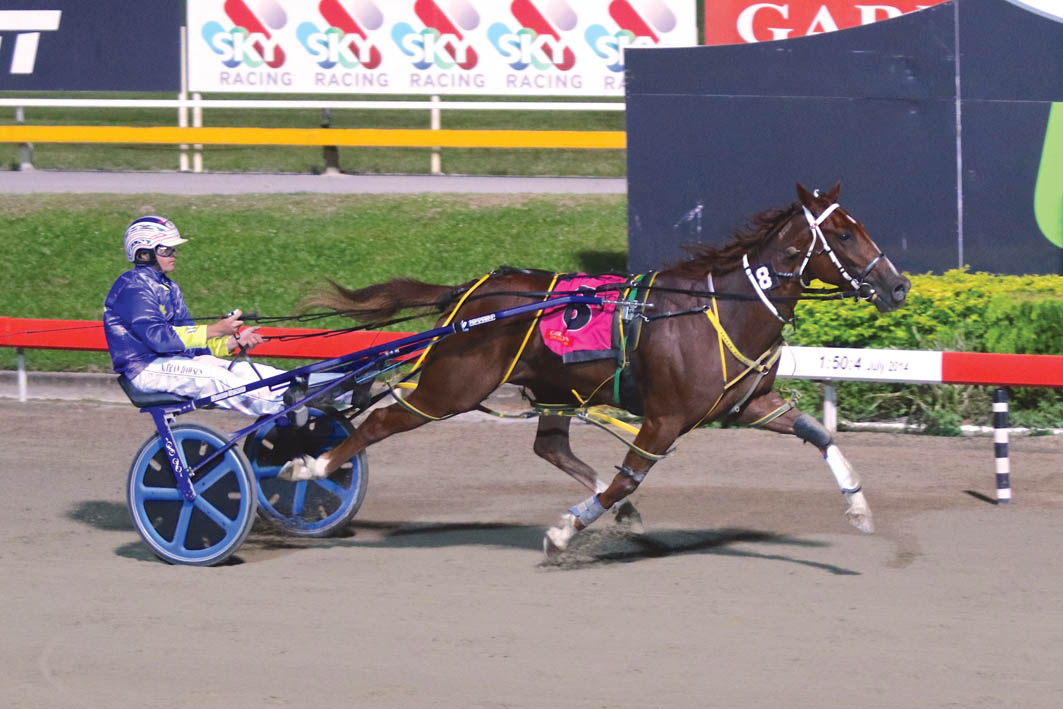 Broadway primed for another win

IN-FORM pacer Another Broadway is a solid chance of completing a hat-trick at Albion Park on Saturday night despite his tough draw. Winner of...

IN-FORM pacer Another Broadway is a solid chance of completing a hat-trick at Albion Park on Saturday night despite his tough draw.

Winner of his last two starts, the son of Shadow Play will begin from the outside of the front row for trainer Darrel Graham.

Naturally pleased with the gelding’s latest performances, Graham expects Another Broadway to play a major role in the finish.

“He’s racing really well and did easy last time around,” Graham said. “He’s won his last two from the second row, now this time he’s the widest on the front, but he’ll still be hard to beat.

“When he’s on song he’s got plenty of ability and at the moment his confidence is right up and it’s coming through at the races.”

Citing Covert Beauty as the one to beat, Graham stated Another Broadway’s stablemate, Drive The Dream, is capable of causing an upset “on her night”.

Covert Beauty, which has won three of its last five outings, has drawn barrier three for trainer Mark Dux.

Drive The Dream will start from gate two.

“Covert Beauty is the main danger, especially from a better draw,” Graham said. “Drive The Dream doesn’t have as much ability as Another Broadway, but she can beat him on her night.

“She’ll be out there doing her best.”

With no major plans in mind for Another Broadway, Graham will continue to select suitable events as they are programmed.

“I’ve got nothing special in mind for him,” Graham said. “There is an M0 on next week which I will enter him in, then just see what’s around after that.”