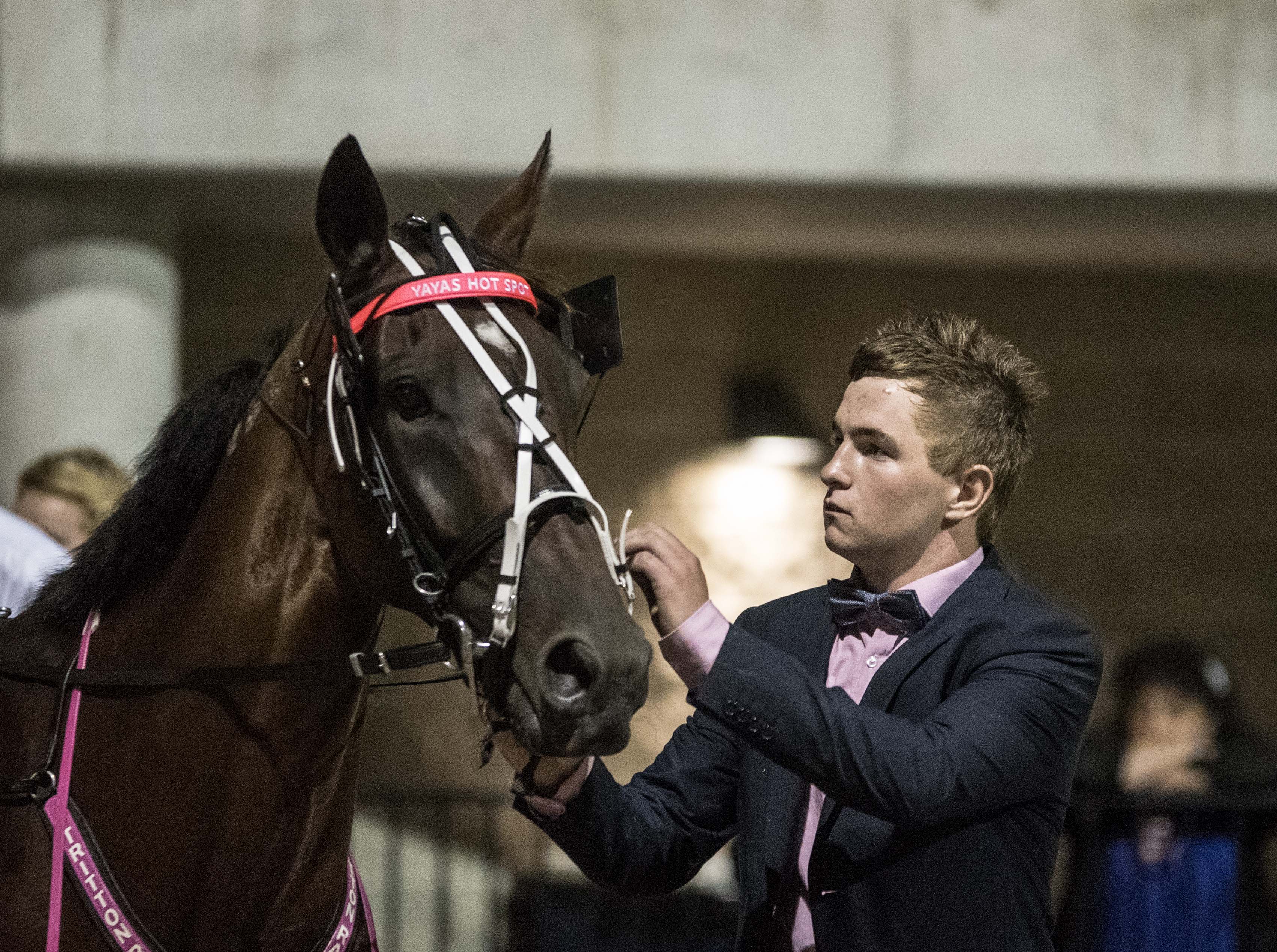 20174 Ben1 driver5 falll1 Newcastle39 reinsman4 Woodsford1
PROMISING young reinsman Ben Woodsford will spend up to three months on the sidelines after breaking his wrist in a horror fall at Newcastle... 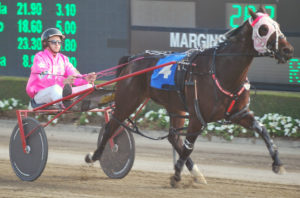 SIDELINED: Ben Woodsford in action at Menangle recently for the Shane and Lauren Tritton stable.

PROMISING young reinsman Ben Woodsford will spend up to three months on the sidelines after breaking his wrist in a horror fall at Newcastle on Saturday night.

Woodsford and Maitland reinsman Peter Hedges [bruised back] were sent to hospital after the four-horse fall which also involved Mark Callaghan and Katie McGill.

While Callaghan was OK and actually drove the next winner, Royal Gamble, McGill lost some skin and had a headache but was back in the sulky at Menangle a few days later.

While Hedges was kept in overnight, Woodsford wasn’t so lucky.

He had a plate and nine screws inserted in the wrist and will spend a frustrating period on the sidelines at a time when his career was just beginning to take momentum.

“I remember being in the air and then I was knocked out,” said Woodsford.

“I have been getting some good opportunities and it is frustrating, but that’s racing, I suppose.

“I now have to wait and watch and I am heading back to Newcastle next week for a plastic splint for the wrist.”

The race had to be abandoned after Callaghan was tipped out when Yourblueyescrying galloped, causing a chain reaction.

McGill and Callaghan were checked by paramedics at the track and only Woodsford and Hedges were taken by ambulance to hospital.

Hedges was waiting for precautionary scans earlier this week but it was believed he had only severe bruising to his lower back from when he landed awkwardly on the track.

“I was the last one to fall, and I was trying to ride it out but then my filly got hit by another horse that was loose, and it flicked my gig up,” Hedges said.

“I got flung into the track sideways and all my weight landed on my back.”

HRNSW chief executive John Dumesny expressed some concerns about what lay ahead following the incident.

“Like all similar race falls watching the incident unfold on SKY was harrowing,” said Dumesny.

“When the vision shifted to follow the field the worry was explicitly all for the drivers and horses involved.

“Our stewards have set procedures and they acted immediately by dispatching an alert.

“This allowed almost immediate contact to various people who could relay a suitable message to those connected who were not at the track.

“I must compliment Greg Hayes, who was the anchor in the SKY studio for relaying the situation to viewers.

“The club personnel, the paramedics and the stewards went into action in accordance with the set procedures.

“And while Ben (Woodford) has suffered a broken wrist he, along with Peter (Hedges) who was lucky to escape serious injury and Katie (Magill) and Mark (Callaghan) were all treated as efficiently and effectively as possible under the circumstances.

“HRNSW staff have been in contact with Peter and Katie’s mother Jill contacted me and both were appreciative of the attention given by the on course SMA paramedics, the NSW Ambulance personnel and John Hunter hospital staff in respect of their individual and differing situations.”

Dumesny however was rather terse in regard to the social media reaction following on from the incident.

“While free speech is a liberty which I for one fully support, the accuracy and condemnation in the Facebook posts which followed the fall is another matter,” he said.

“Naturally HRNSW will review the procedures which we have in place and in fact with this incident vision of the fall and some 15 minutes thereafter of track activities was obtained the very next day to assist with that review.

“It is interesting that the vision does not align with the eye witness accounts I received on Saturday night or again on Sunday morning.

“Perhaps the eyes were imaginary but to those eye witnesses’ defence in such circumstances seconds turn into minutes and minutes into what appears to be far too long.

“Far too long is not acceptable but there is no evidence to support the account of inaction from those responsible.

“As for the derogatory comments which were based on the original comment posted on Facebook they were made by those who you would expect to make such immature comments, so it is best to ignore them.

“Where to from here? Well it is inevitable that there will be racing incidents in the future which result in horses falling and drivers being dislodged?

“HRNSW in association with the UHRA were already reviewing post-race policies when drivers are dislodged from the sulky,” said Dumesny.

“There were two matters one recent and another from some time ago which were already on the agenda for next week’s bi-monthly meeting with the UHRA.

“Undoubtedly the Newcastle fall will also command our combined attention to the point that I have invited Rickie Alchin to attend to express his obvious concerns.

“Naturally if there can be achievable improvements in practices the industry will be consulted especially in the area of welfare and safety of both drivers and horses.

“This is the case in all activities under the purview of HRNSW,” Dumesny concluded.

Chapples making their mark in the Hunter
Sydney ‘raiders’ to strike at Newcastl...
They’ll be watching a bit of ‘Boppin&#...
Harmey mixing it with the best
About author