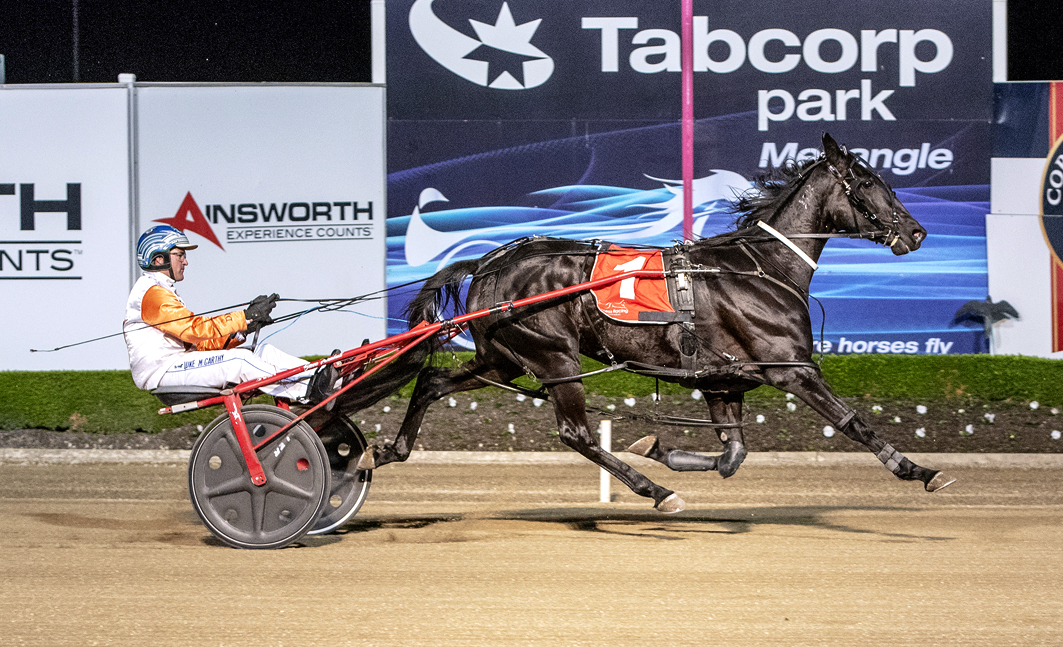 HANDY youngster Rollin With Holly has had her campaign extended as a result of her performance at Tabcorp Park Menangle last night. With the...

HANDY youngster Rollin With Holly has had her campaign extended as a result of her performance at Tabcorp Park Menangle last night.

With the filly lumbering through her track work heading into her engagement, trainer Darren Reay figured Rollin With Holly was at the end of her tether and would be in a paddock by this evening.

To Reay’s pleasant surprise, the two-year-old raced well above her training to capture a New South Wales Breeders’ Challenge semi-final.

As such, Rollin With Holly has secured a berth in the Alabar-sponsored Final on July 1.

“She just felt flat during her work and I planned on sending her for a break,” Reay said. “Then she’s come out and has gone like a jet.

“Luke (McCarthy, driver) said he felt terrific the whole way and won with some petrol in the tank.

“Obviously I will keep her going now for the Final and hopefully she can go just as good in that, even if her work isn’t all that great before it.”

Beaten for early speed from the pole, Rollin With Holly settled two-back along the pegs as Kept In Play led from barrier six.

Angled into the clear at the top of the home straight, the daughter of Roll With Joe sprinted to a soft 10-metre win from Belongtolou, with Kept In Play a neck away third.

“I couldn’t be happier with the way she has gone,” Reay said. “When she got into the clear she showed good speed and raced away for an easy win.

“She has been very consistent all season and hopefully that will continue in the Final.”

An Australian Pacing Gold purchase, Rollin With Holly covered the mile in 1:54.3, with her time six-tenths of a second quicker than Cee Cee Ambro in the second semi.

Trained and driven by Wayne Sullivan, Cee Cee Ambro caused a minor upset when scoring by a neck from the short-priced favourite, Miss Halfpenny, with Taylors Mill five metres away third.

Bred and owned by Robert Sullivan, the daughter of Sportswriter stretched her record to four wins and two seconds from six starts.

Fighting a losing handicapping battle?
Unofficial trainer sets Oaks as next target
The crowds are back so what’s next for Club ...
Australian Drivers’ Championship competitors annou...
About author