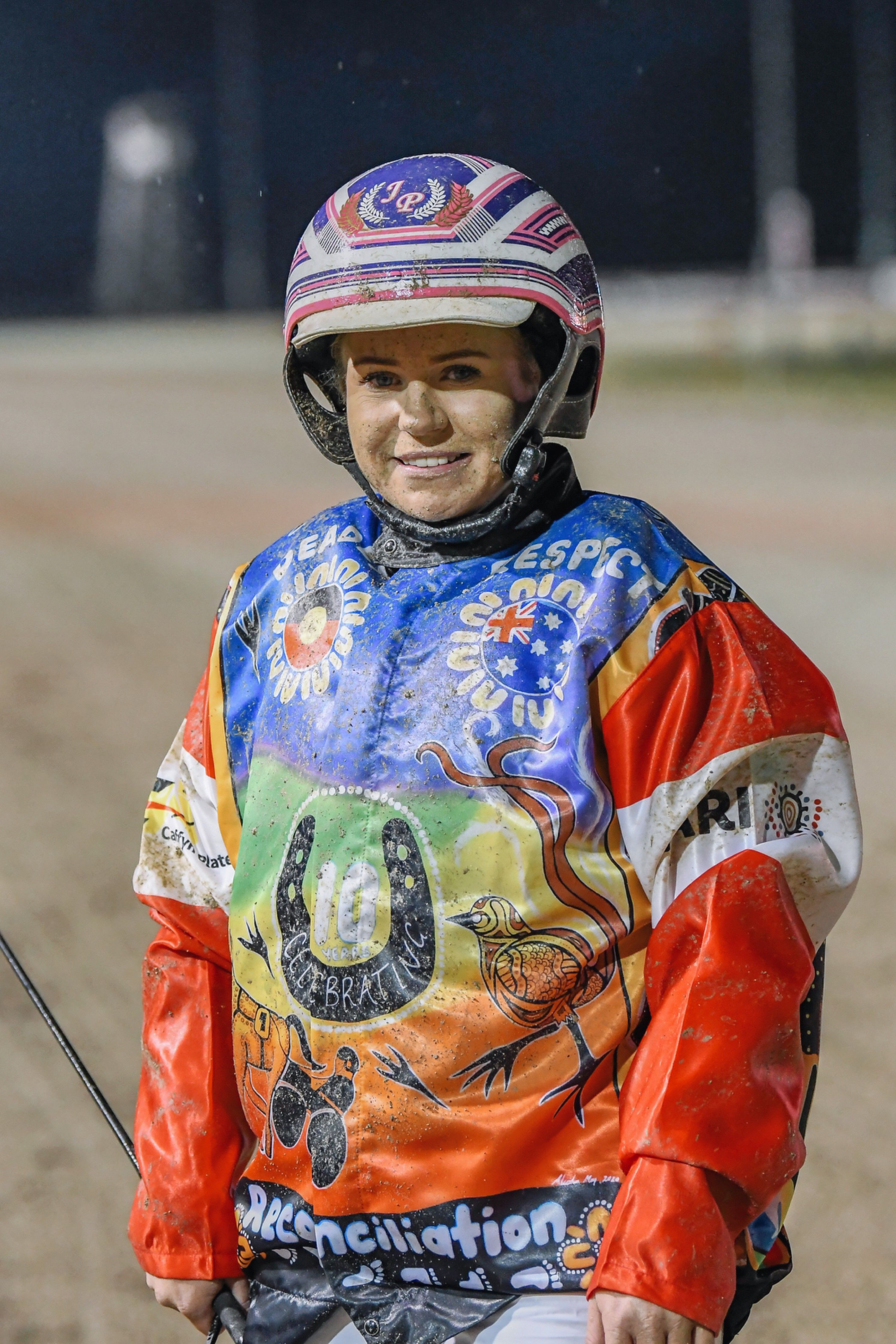 INDIGENOUS horsewoman Jess Prior hopes she hasn’t used all her luck before Saturday night’s Go Girlfriend Final at Club Menangle. Set to contest the...

INDIGENOUS horsewoman Jess Prior hopes she hasn’t used all her luck before Saturday night’s Go Girlfriend Final at Club Menangle.

Set to contest the Group Three with ultra-consistent mare Sports Candy, Prior was disappointed when the daughter of Sportswriter drew barrier four.

Following a pair of scratching, Sports Candy will begin from gate two.

“I wasn’t all that happy with barrier four,” Prior said. “From there I was concerned she might be caught wide and have trouble getting into a good position early.

“With two scratching inside us, she comes from barrier two and has a much better chance to get into a good spot at the start.

“I just hope all our luck hasn’t been used with the change in draw.”

Runner-up in her heat in Albury last week, Sports Candy is overdue for a win, with eight placings from her last nine starts.

According to betting markets, however, the five-year-old will struggle to register that elusive victory this weekend, with Sports Candy listed at $101.

“She did such a great job in her heat,” Prior said. “She dragged a flat tyre up the straight and was only beaten a half-head.

“I’m not suggesting she should be the favourite, but $101 is a bit ridiculous.

“She always tries her best and just needs that right run to get a win which she deserves on the board.”

Prior will also contest the previous race with Swaggie Shannon, which will come from gate five.

“He’s only had one start for us and didn’t have any luck,” Prior said. “His work has been good and he should improve on his last effort.”