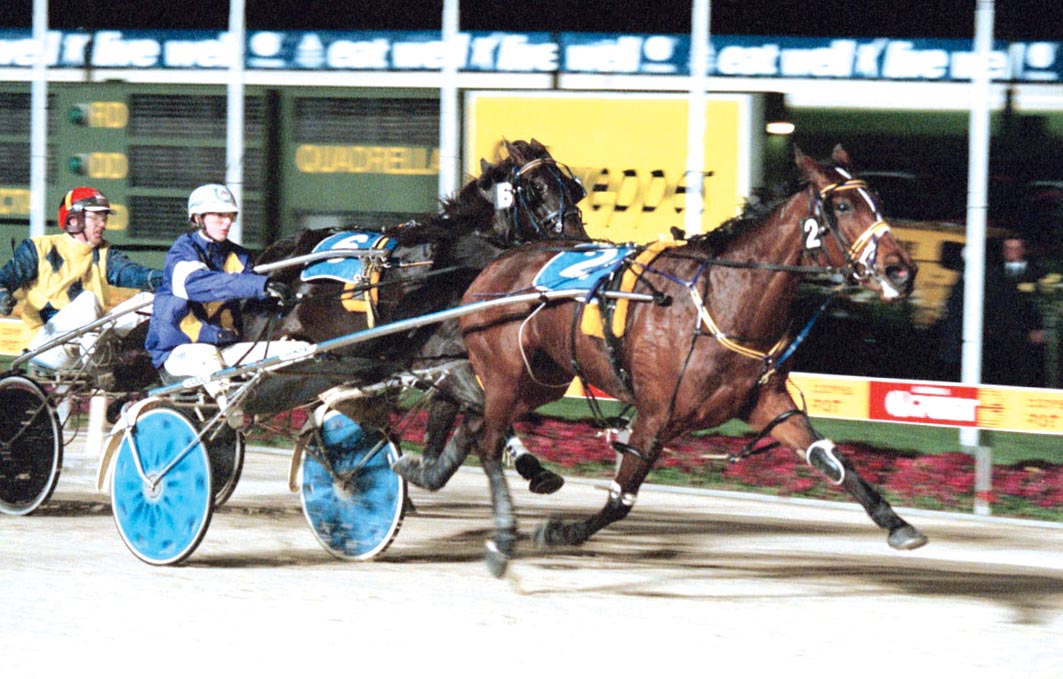 Can working mum cause another upset?

WORKING mum Kimmywho will attempt to cause another upset when she competes at Tabcorp Park Melton tonight. Triumphant in Ballarat last weekend at $38...

WORKING mum Kimmywho will attempt to cause another upset when she competes at Tabcorp Park Melton tonight.

Triumphant in Ballarat last weekend at $38 on the tote, Kimmywho is stepping up to metropolitan company for trainer Shaun McNaulty.

As such the exceptionally-bred trotter is $26 after drawing awkwardly in gate five.

Successful at two of her three starts this season, Kimmywho has only had six outings since returning from retirement.

The daughter of former high class squaregaiter Kims Fantasy was sent to stud in May 2017 – during which time she produced a colt by Orlando Vici – before being tried again as a racing proposition.

“She’s found a new lease on life,” McNaulty said. “We have always liked her but she has had her issues.

“We tried to sell her and also found out she had a little injury on her leg, nothing serious, but she was a bit lame.

“When she didn’t sell we bought some of the owners out and bred from her.

“After she had her foal we figured we may as well give her another go at racing as she wasn’t showing any signs of soreness.”

To be driven by Zac Phillips, Kimmywho will require “all the luck she can get” if she is to once again upset her more fancied rivals.

“To be honest I was a bit surprised she won at Ballarat,” McNaulty said. “She got the luck that night which is what she needs.

“If she is going to do it again tonight she will need all the luck she can get.

“With that said, with the right luck she can win the right TM0.”

McNaulty will also be represented by Fratellino, which has drawn the outside of the front row.

“Fratellino is better than her and my best chance,” McNaulty said. “I may be bias but I think he is a clear second pick in the race behind Wobelee.”