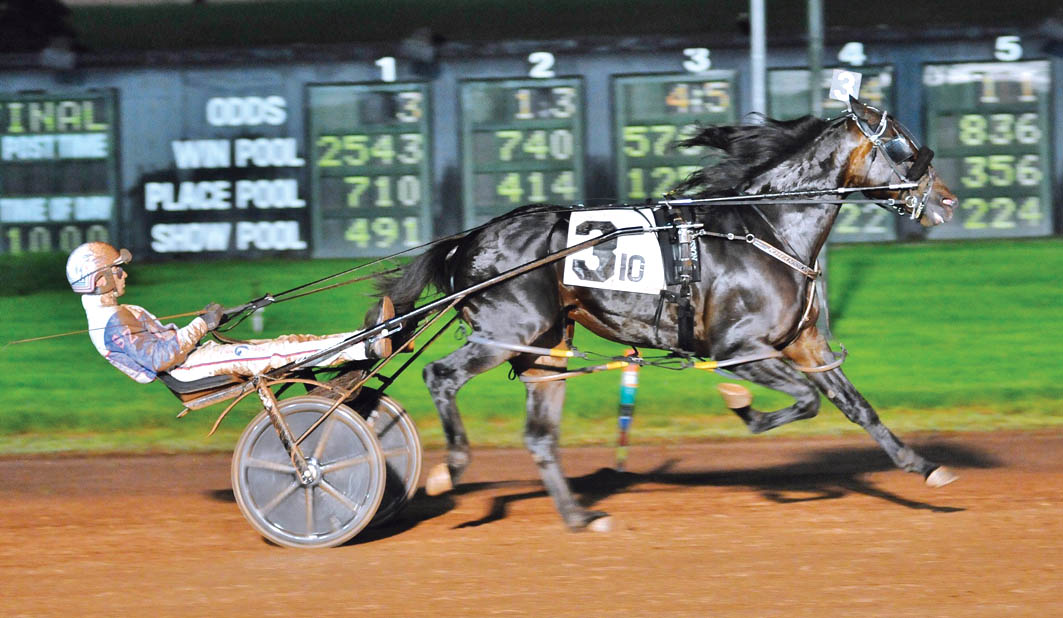 STAR pacer Captain Crunch punished his opposition on his way to an all-age track record performance at Dover Downs last night. In a class...

In a class of his own, Captain Crunch captured an elimination of next week’s $335,000 Hap Hanson Progress Pace for three-year-old colts and geldings,

Racing far more tractably than last week’s break in the Matron Stakes at Dover Downs, Captain Crunch cut through sectionals of 26.4, 54, and 1:21.1 before stopping the clock in 1:47.3.

Driven by Yannick Gingras, the son of Captaintreacherous, is owned by Three Brothers Stables, C.Takter, Rojan Stables and Caviart Farms.

Trainer Nancy Takter Johansson, who was involved in a vehicular accident traveling to Dover Downs earlier in the evening, arrived just moments before the race unharmed.

The second leg of the Delaware Standardbred Breeders’ Fund for two-year-old filly pace was contested in a pair of $20,000 divisions as the Daily Double.

The first division was a repeat of last week as Bag Of Jewels led throughout from the rail post in a lifetime record mile of 1:57.1 for driver Victor Kirby and trainer Les Givens.

Spin Sumthin was second asI’m Two Soxy got up for show.

The second division was another repeat of the first leg with Cinder Rock cruising home easily in 1:56 for driver Allan Davis and trainer Wayne Givens.