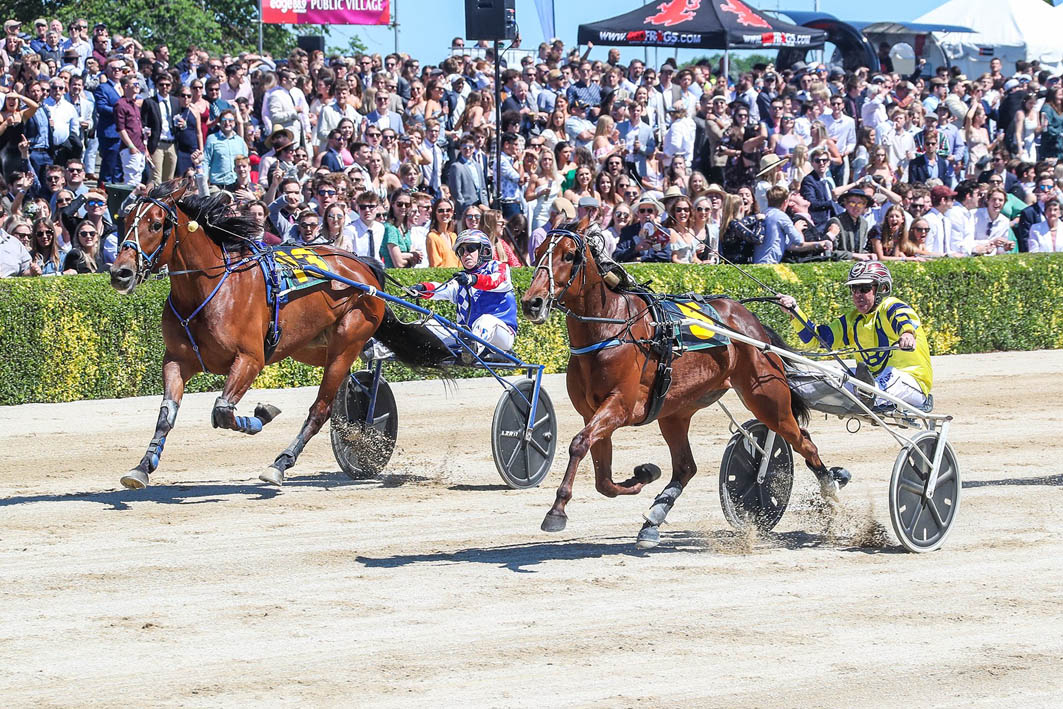 PROMINENT horseman Rickie Alchin celebrated the biggest win of his career like an Aussie! Triumphant in today’s Group One Trotters’ Free-For-All at Addington with...

PROMINENT horseman Rickie Alchin celebrated the biggest win of his career like an Aussie!

Triumphant in today’s Group One Trotters’ Free-For-All at Addington with Tough Monarch, Alchin not only hit the bar for a celebratory beer as soon as possible, he described the joy of beating the Kiwis at home.

“That’s the biggest win of my career,” Alchin said. “What makes it even bigger is the fact we’ve come over here and beaten the New Zealanders in their yard.

“It’s the first time I have come here with him and he did a sensational job.

“He’s all settled back in his stall and I’m heading to the bar for a beer to celebrate.”

Driven by champion reinsman Anthony Butt, Tough Monarch began well to lead from barrier five as fellow Australian raider Mclovin was caught in the ‘death seat’ before receiving cover during the middle stages.

Kicking clear at the top of the home straight, Tough Monarch staved off a fast-finishing Mclovin to score by a neck.

“That was a great drive by Anthony,” Alchin said. “He rated the race perfectly.

“It was close at the finish, but we got there which is all that matters.

“I was pretty confident with him because I know he is in great shape, it was just a matter of how the race worked out.”

Tough Monarch will back-up in Friday’s Dominion Trot over the marathon 3200 metres before being kept fresh ahead of the Inter Dominion, which begins with heats at Alexandra Park on November 29.

“I won’t do much with him between now and Friday as he is pretty tight,” Alchin said.

“After the Dominion I will give him a light week to try and put a bit of weight back on him so as to go into the first night of the Inter Dominion as fresh as possible.”