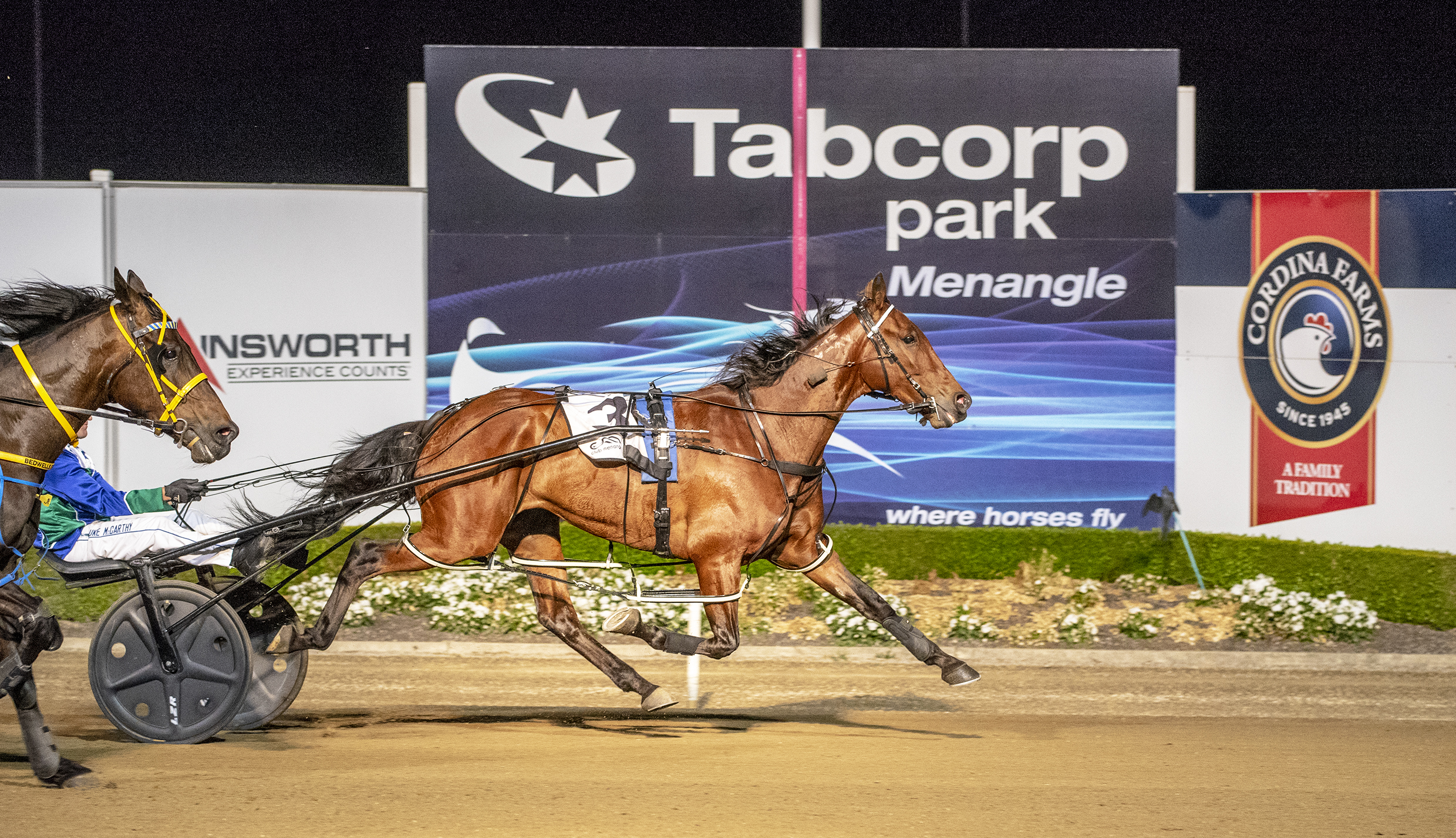 Luke McCarthy30 Menangle204
HE has driven some champion pacers . . . and won feature races the length and breadth of this country. Yet ace reinsman Luke McCarthy...

HE has driven some champion pacers . . . and won feature races the length and breadth of this country.

Yet ace reinsman Luke McCarthy is set for a day to savor when he heads for Tabcorp Park Menangle this afternoon.

McCarthy was originally set to drive an incredible six favourites on this bumper 11-race card, all of them for his training partner Craig Cross.

The scratching or Tee Cee Bee Macray has dented those prospects – although only slightly.

Amazingly, Cross will have another favourite on the program as well with Amanda Turnbull to drive Christmas Toyboy for the stable in Race 3, suggesting the Cobbitty trainer could also have a real day to remember.

A perfect draw in gate four will see Cross and McCarthy look for an early strike when Little Rascal goes around in Race 2.

Early markets had Little Rascal as equal favourite at $3.50 with former Group I Blacks A Fake winner Let It Ride from the Tim Butt stable.

But Let It Ride has not had a race start since June last year and may need the run and also has to handle an awkward draw coming from gate nine.

Luke gets a race off in the third as Amanda Turnbull looks to give Cross the first three races on the program when Christmas Toyboy ($3.50 equal favourite) takes on Tim Butt’s Ideal Star ($3.50) in Race 3.

Yet McCarthy is back in the hotseat in Race 5 when he takes the steer on $2.50 favourite Bettor Enforce with the last-start Red Ochre Classic winner looking to add to her superb record since joining the stable from Victoria less than three months ago.

Since then Bettor Enforce has won three races from five starts, including two at Menangle as her improvement continues. Cross has two other last-start winners in this race too with Hows The Memory (John McCarthy) and Island Banner (Leonard Cain) both expected to make their presence felt.