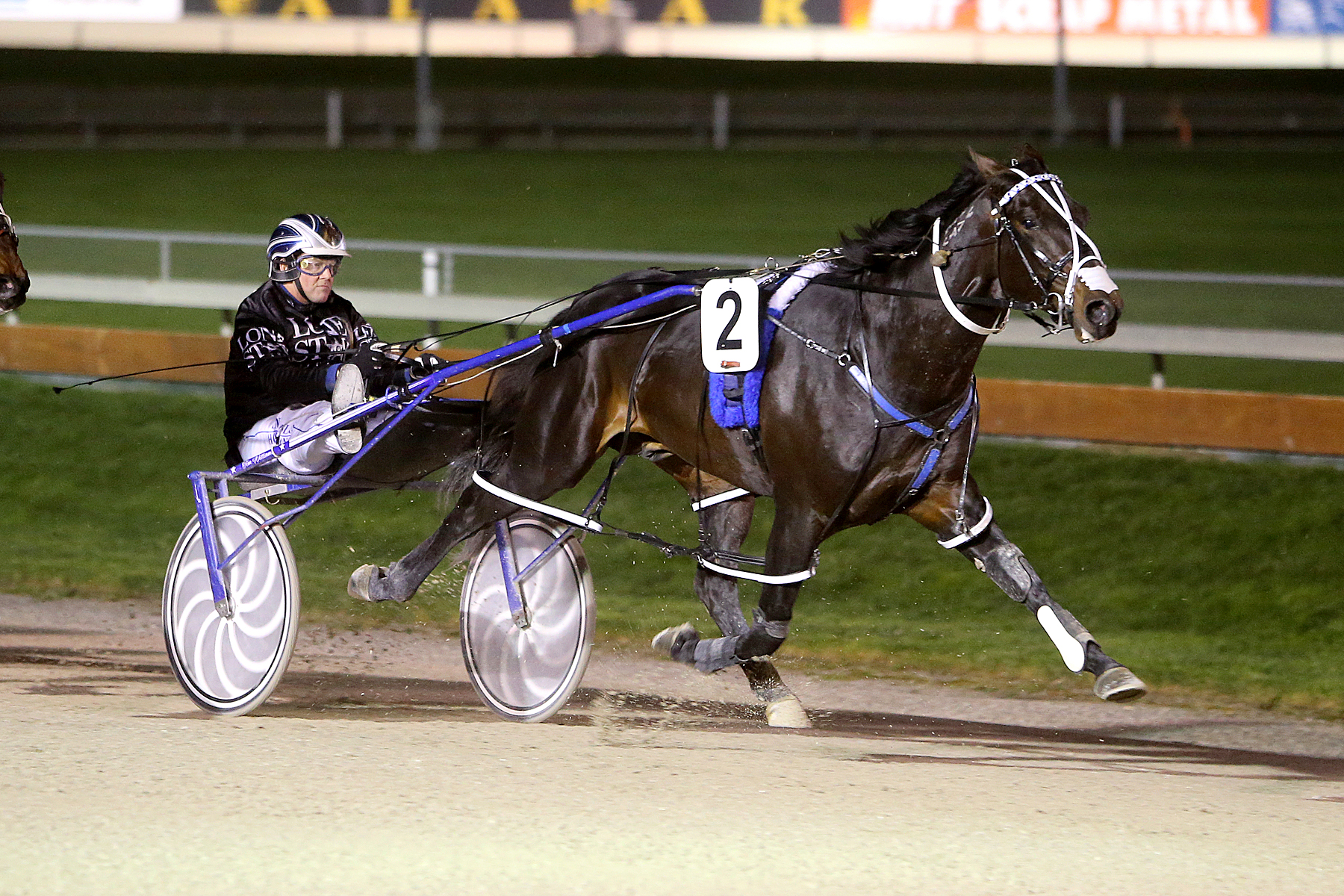 SUPERSTAR: Lazarus is set to make his mark off the track this spring.

Champion ready to bounce back

Lazarus13
MENTION the name Lazarus and the word ‘champion’ readily comes to mind. The star pacer excited fans on racetracks around the world wherever he...

MENTION the name Lazarus and the word ‘champion’ readily comes to mind.

The star pacer excited fans on racetracks around the world wherever he raced.

And such was his value to harness racing that Lazarus’s ‘off-track’ success was just as anticipated.

It’s no secret that the mighty pacer’s first season at stud Down Under proved a disappointing one.

Club Menangle, who own Lazarus’ Southern Hemisphere breeding rights, have left no stone unturned to turn that around.

Lazarus’s first-season returns from services were varied, with hits and misses throughout our breeding season.

A sub-fertility issue was identified which appears to have been related to scrotal damage somewhere in his travels from the US to Australia.

Following his return to Deo Volente Farms for the 2020 North America breeding season, his semen production was returning to normal – as vets had predicted. The good news is current returns in North America show an “in-foal” rate in the high seventies from the first service and in the high eighties, with the inclusion of rebred mares.

Club Menangle and Yirribee Stud were understandably excited by the early North American fertility rates and now look forward to his return to the Southern Hemisphere in the spring of 2020.

“Our expectation now is that this season at Yirribee will see Lazarus as dominant in the breeding barn as he was on the racetrack.

“Earlier in my career I had interests in a couple of stud stallions and, after initially being anxious with great expectations for them to do so, was pleased to see them translate their superb racetrack efforts to success in the breeding barn,” said Ellis.

“Any expectations for them though, were exceeded when I shared the honour with my colleagues on the Club Menangle board of being responsible for securing the Southern Hemisphere breeding rights for Lazarus.

“Those expectations took a battering with his disappointing first season down under.

“Now my confidence and expectations have been restored with the recent encouraging reports from the world-renowned veterinarians.

“An undoubted champion on the racetrack, you can bet he will emulate his namesake by returning from a tarnished first season Down Under when he returns to Yirribee this year.”

SINCE shuttling back to North America, the world has been turned upside down by the Covid-19 pandemic and its impact on the lives of many and the serious economic damage being wrought across the globe.

As an industry-driven partner, Club Menangle quickly recognised that broodmare owners were facing some serious financial challenges, post the outbreak of Covid-19.

The Club has determined that it will support broodmare owners by providing a post Covid-19 bonus and implement a new Southern Hemisphere fee structure for Lazarus.

Recognising the impact Covid-19 will have on economic activity and the use of scarce capital resources, the Club will play its part in harness racing’s recovery by reducing Lazarus’ service fee to $8000, including GST.

The revised Covid-19 service-fee structure will also provide an additional bonus to broodmare owners who booked to Lazarus in 2019.

This fee will apply to each booking made to Lazarus in 2019, whether semen was ordered or otherwise.

The additional bonus available to those who booked to Lazarus in 2019 recognises the commitment broodmare owners made to one of the Southern Hemisphere’s greatest standardbred champions, last year . . .some of whom chose to try on a number of occasions.

The bonus will provide a further reduction to $6000.

Club Menangle will be directly contacting broodmare owners in Australia and New Zealand who made bookings to Lazarus last year to offer the reduced Covid-19 service fee.