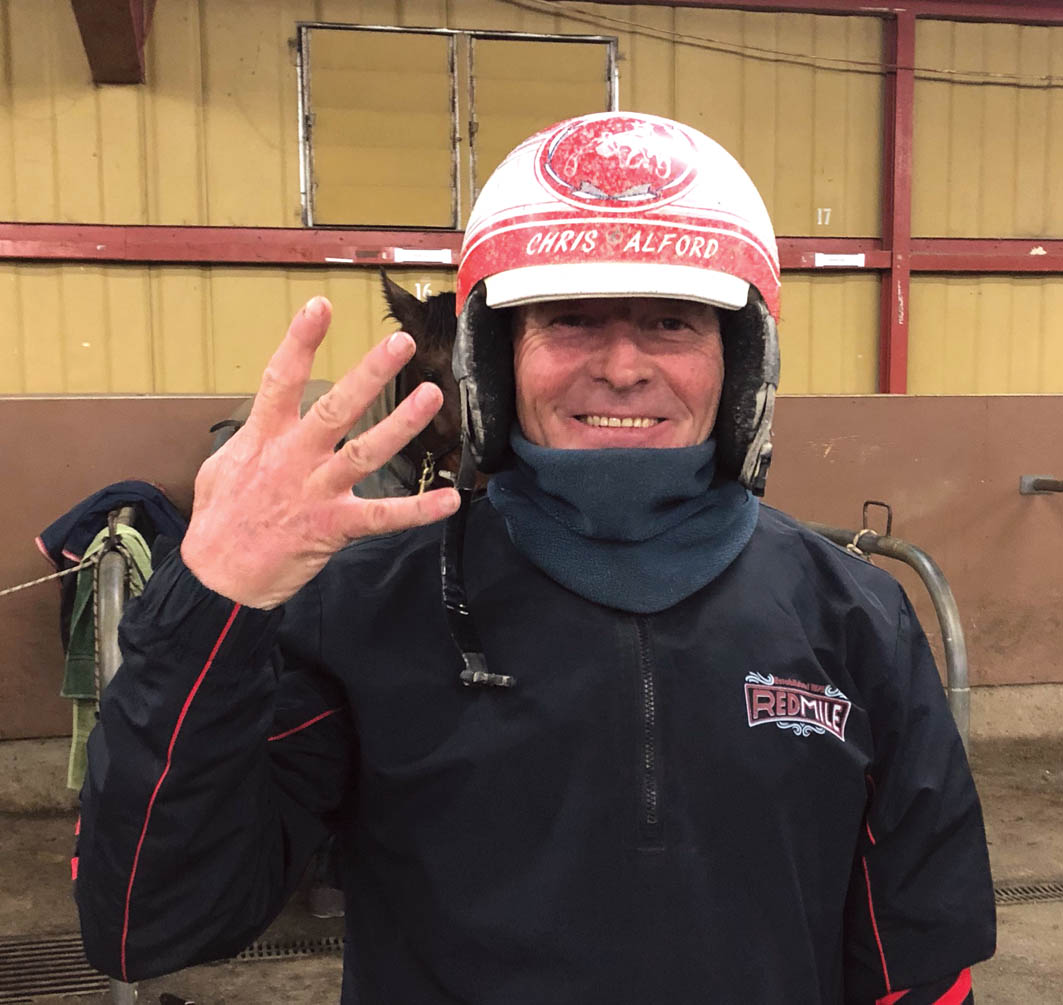 CHRIS ALFORD celebrating his 400th win for the season

CHAMPION reinsman Chris Alford has reached a quadruple century for the second season. Heading to tonight’s Shepparton program on 399 wins for the term,...

CHAMPION reinsman Chris Alford has reached a quadruple century for the second season.

Heading to tonight’s Shepparton program on 399 wins for the term, Alford rolled into the fourth ton thanks to boom youngster Be Happy Mach.

Regarded by some as the premier two-year-old in the nation, Be Happy Mach outstayed his rivals to capture an Australasian Breeders’ Crown heat.

Prepared by record-breaking horsewoman Emma Stewart, Be Happy Mach rated 1:58.7 over 2190 metres to take his record to eight wins from nine starts.

The son of Mach Three suffered his only defeat when third in the Australian Pacing Gold Final at Albion Park on May 11.

But the evening belongs to Alford, who remains the only driver in the southern hemisphere to register more than 400 wins in a season.

Alford’s tally includes 393 Victorian wins, to have him well clear on the state’s driving premiership.

Successful interstate raid
Main piece of the totem pole?
Wrath of stewards despite not taking bribe
Former great honoured with feature
About author