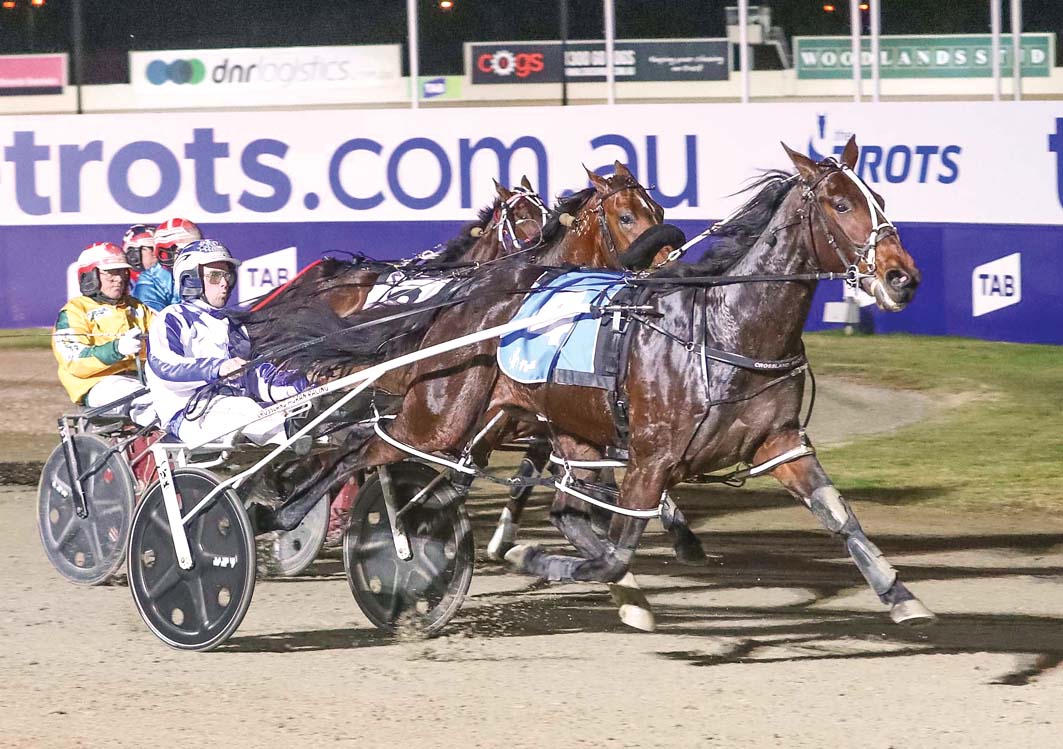 CONNECTIONS of talented youngster Lochinvar Art are glad they made a last-minute alteration to their plans. Originally looking to trial the two-year-old this weekend...

CONNECTIONS of talented youngster Lochinvar Art are glad they made a last-minute alteration to their plans.

Originally looking to trial the two-year-old this weekend ahead of his trip to New South Wales, trainer Laura Crossland had Lochinvar Art entered for last night’s Youthful Stake at Tabcorp Park Melton.

In what proved to be a lucrative decision, the son of Modern Art captured the feature in easy fashion.

“David (Moran, partner) thought we should at least nominate him, and when the noms weren’t that strong, we decided to leave him in,” Crossland said.

“After I saw the field I was extremely confident with him. I couldn’t see him being beat.

“David thought it would be harder than I did, but he was wrong!”

With Moran in the cart, Lochinvar Art enjoyed the run of the race in the one-one before sprinting to a soft victory from Fourbigmen and Im Sir Blake.

“He is just a natural two-year-old and definitely the best we have been associated with,” Crossland said. “He’s also had four or five trials and won them all…he’s just got a will to want to win.

“Last night’s run wasn’t hard, which was great and he has pulled up super, so we will continue on to the Breeders’ Challenge semi-finals now.”

Spur to become a globe trotter
Change of plans with boom youngster
Well worth the extra $500!
Reason to smile after shocking season opener
About author