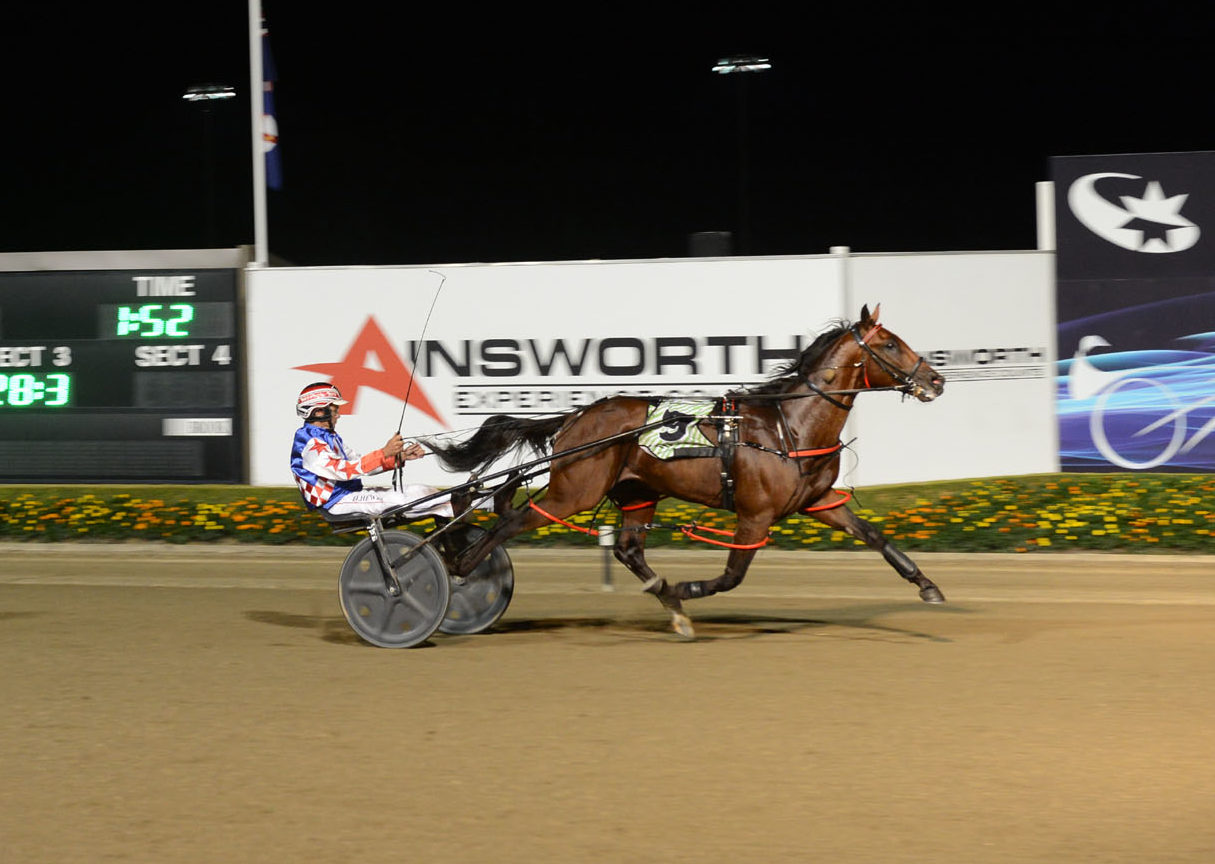 Chapel ready to steal the show at Bathurst

All the interest centres around boom juvenile, College Chapel for tonight’s nine-race program at Bathurst. The exciting colt returns to the racetrack after a...

All the interest centres around boom juvenile, College Chapel for tonight’s nine-race program at Bathurst.

The exciting colt returns to the racetrack after a seven-week let-up, his first appearance since his triumph in the Group 1 Gold Crown Final.

Trained and reined by Bernie Hewitt at Georges Plains, the talented son of Mach Three will line up in a qualifying heat of the Alabar New South Wales Breeders Challenge Series for 2yo Colts and Geldings (1730m).

Hewitt previously had the youngster set to make his return to the track in the Rod Fitzpatrick Memorial at Menangle on May 12 but that plan was curtailed on the morning of the race due to a slight set back.

“He was ready to go and I was very happy with where he was at. But a few days before that race he developed a bit of a cough and there was no way I was going to take any risks with him”, Hewitt explained.

“We have given him a few good hit-outs leading into this race tonight and he went perfectly.

“I feel he is now well and truly back to his best and ready to go”.

However, Bernie is in no way taking tonight’s assignment lightly and pointed out that there were horses drawn inside of College Chapel with plenty of ability and racing in good form.

Hewitt rated the Greg Rue trained and driven Joetomo, as a serious danger, pointing out that he was most impressive on debut when scoring in fast time.

He also feels that Animal, a youngster from the Amanda Turnbull stable will test his colt.

Animal put in a strong performance when runner-up in the Rod Fitzpatrick Memorial after running third to College Chapel in the Gold Crown.

“Our bloke will be fresh first-up and those other colts have fared better in the barrier draw so we are expecting it to be a real contest tonight – that’s for sure,” he said.

“The ultimate goal for me is to get through the heat tonight and have him at his top by the time the semi-final comes around at Menangle on June 16.

College Chapel is also eligible for the Breeders Crown Series in Victoria at the end of the season and if all goes well, Hewitt plans to contest that rich series with the colt.

Talented two-year-old Shoobee Doo (Amanda Turnbull) appears to have a mortgage on the second colts and geldings Breeders Challenge heat while pole markers Write About Lexy (Bernie Hewitt) and Ally Rogan (Dennis Picker) will both be at short odds to take out their respective heats in the fillies division tonight.