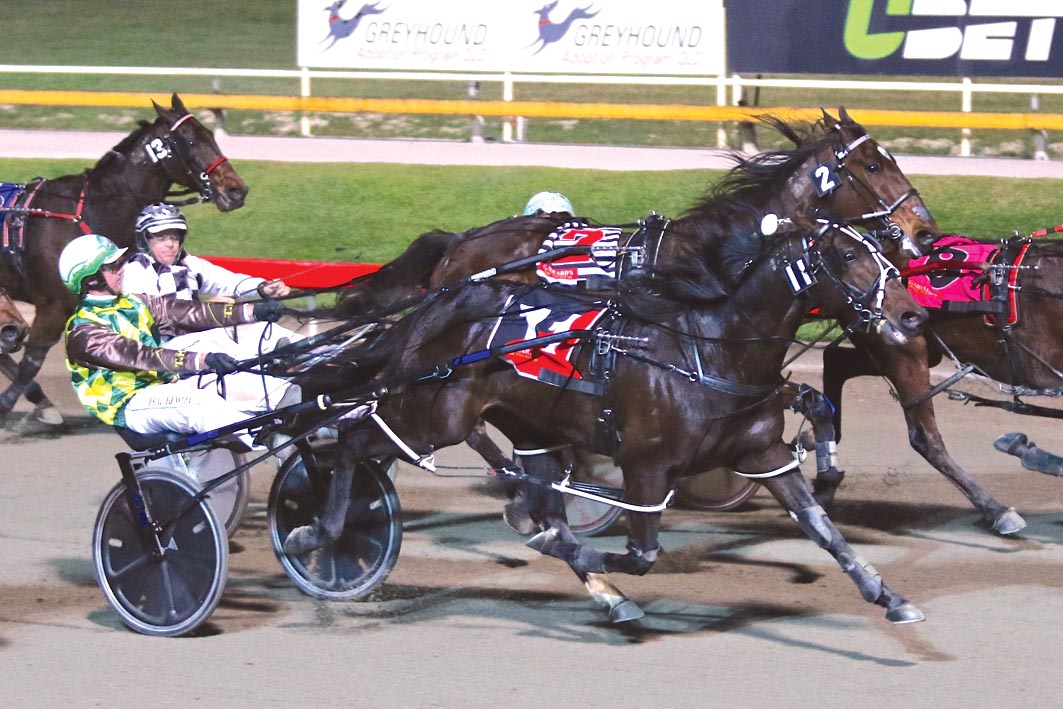 SPARE ME DAYS, on the outside, is chasing a third Young Cup

HANDY pacer Spare Me Days is chasing a piece of Young history on Saturday night.

Engaged in the club’s Cup, Spare Me Days is aiming for a record third win in the feature.

As it stands, the Brad Hewitt-trained stallion is one of two pacers which had completed consecutive victories in the event.

“It’s been a good race to him in the past couple of years, so hopefully that can continue on the weekend,” Hewitt said.

“He’s going into this in as good a shape as he has the last two, so he will be hard to beat.”

Racing in solid form this campaign, Spare Me Days has drawn barrier three, with his stablemate, Our Triple Play, to begin from the pole.

Although Our Triple Play is a last-start winner of the Wagga Cup, Hewitt is likely to drive Spare Me Days.

“Spare Me Days has been racing really well against the top grade horses, including the likes of Tiger Tara, Franco Nelson and Anything For Love, lately and is just waiting to break though for another win,” Hewitt said.

“His work has also been terrific, so I am leaning towards him at this stage.

“The draw definitely helps Our Triple Play, but there is a bit of speed outside him, so we’ll wait and see how he fares at the starts.

“He is a very good front runner, but if he doesn’t lead it’s not the end of the world as he will still get a good run and be there at the finish.”