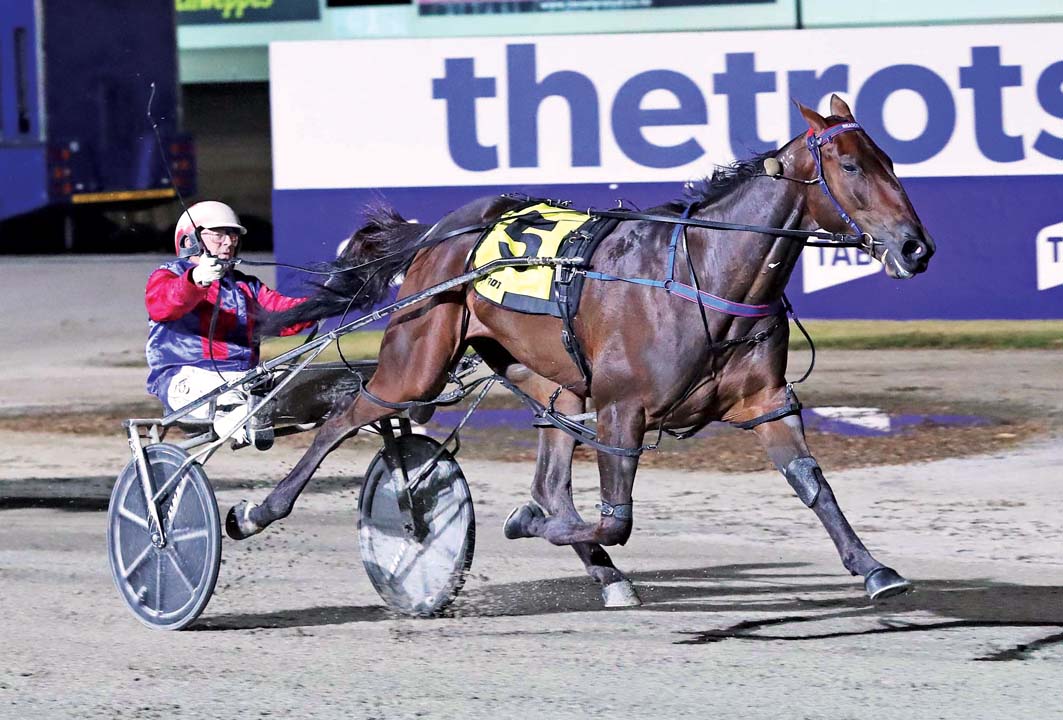 HIGH class pacer Shadow Sax will be given an easy week while connections decide on his next target. Successful in last night’s Melton Plate,...

HIGH class pacer Shadow Sax will be given an easy week while connections decide on his next target.

Successful in last night’s Melton Plate, the son of Shadow Sax is likely to return to the country cups trail.

Boasting nine wins and two placings from 12 starts for the term, Shadow Sax has already captured the Stawell, Geelong and Cranbourne Cups, while finishing second in the Kilmore Cup and third in Ballarat’s flagship event.

“At this stage we haven’t picked a race for him, but he will continue to compete in the cups,” Stewart said. “There are still plenty of options available.

“Shepparton have their cup on in four weeks, so that’s a big possibility.

“There are some others between now and then, so we’ll look at the program and go from there.”

With premier reinsman Chris Alford in the cart during his latest performance, Shadow Sax led throughout from barrier six to score by seven-and-a-half metres from Brallos Pass, with Code Black a metre away third.