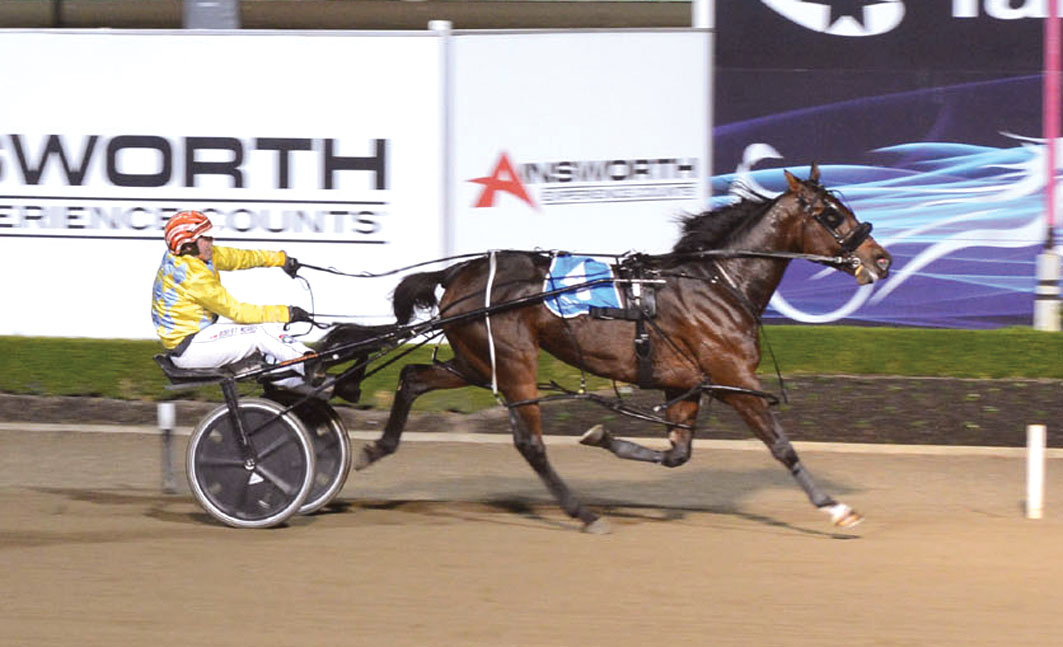 Cherry ripe for rise in class

IT’S a step up in class, but Cherry Stride will head into Saturday night’s encounter ripe and ready. Winner of her last three starts,...

IT’S a step up in class, but Cherry Stride will head into Saturday night’s encounter ripe and ready.

Winner of her last three starts, Cherry Stride is engaged in a Breeders’ Challenge semi-final at Tabcorp Park Menangle, which trainer KerryAnn Turner regards as a tough test for the lightly-raced daughter of Rocknroll Hanover.

Debuting as a late three-year-old, Cherry Stride had eight outings during her first season before having four starts term.

Winner of the Group Three Go Girlfriend Final at Menangle a fortnight ago, Cherry Stride has impressed while making her way through the grades.

To be driven by Robbie Morris, the mare has drawn barrier five.

“She has done a great job with three wins and a second from her four starts this time in, but Saturday night will be another step up,” Turner said.

“There are some nice mares in her semi, including the last two Final winners.

“I couldn’t be happier with her condition going into this and she should at least qualify for the Final, which is the main objective.

“You can’t win the Final if you’re not even in it!”

As Turner mentioned, the past two Final winners are among Cherry Stride’s opponents, with Shezallapples regarded as the one to beat.

Shezallapples, which will begin from barrier six, won the two-year-old division before finishing third last year behind Royal Story, which has drawn eight.