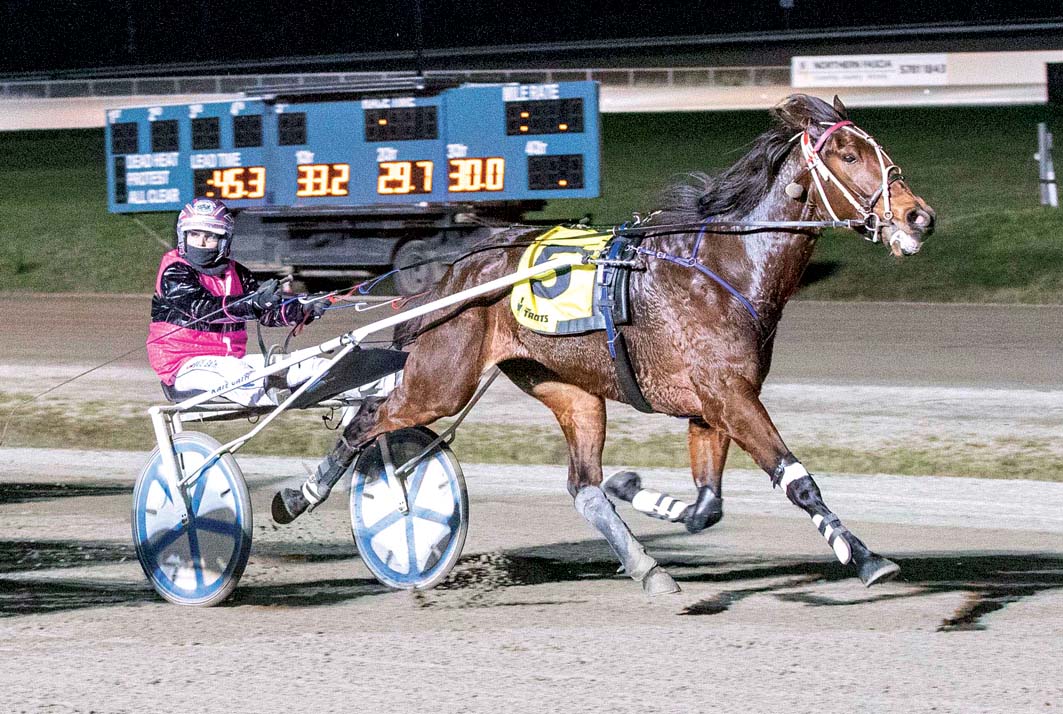 PROMISING trotter Chief Runningcloud will continue his movement along the ‘totem pole’ when he heads to Tabcorp Park Melton on Friday night. Building an...

PROMISING trotter Chief Runningcloud will continue his movement along the ‘totem pole’ when he heads to Tabcorp Park Melton on Friday night.

Building an impressive record of eight wins and two placings from 16 starts, Chief Runningcloud is tipped to have little difficulty making the transition from young buck to fierce warrior as his campaign progresses.

The Andy Gath-trained squaregaiter gave a glimpse of what can be expected this preparation when he captured last Sunday’s Stawell Trotters’ Cup.

Driven by Gath’s reinswoman-wife Kate, Chief Runningcloud worked to the lead from his 10-metre mark as the field ironically travelled in ‘Indian file’.

Never seriously challenged, the son of Lawman accounted for Godofthunder and Doug in 2:06.8 over 260 metres.

“He did it very easily in Stawell,” Kate said. “He could have gone quicker if needed, but he did it well within himself in the end.

“That was his first run in five months and he needed the outing.

“His work this week has been strong and he will be better again in Melton, which he will need to be.”

Kate’s “need to be” is in reference to Chief Runningcloud’s draw, with the gelding to begin from second row.

“It’s a handy field and a not so handy draw,” Kate said. “As long as he can get a clear run he will be right in it.

“After Saturday night we will just see what else is around, but we will be looking at more country cups with him.”