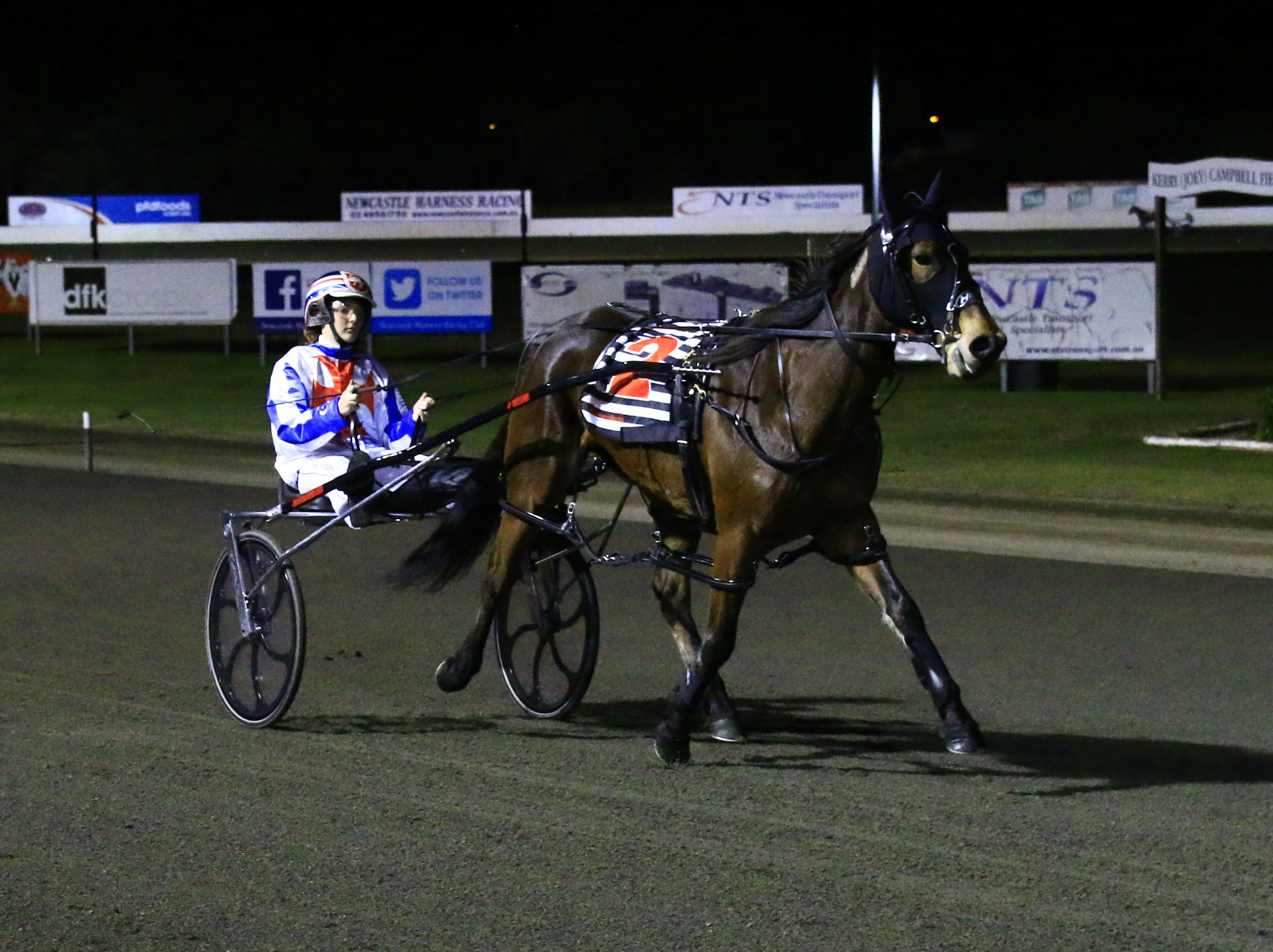 ALREADY FIRING: Chloe Formosa is right at home in the winners' circle. Now it's her father Michael's turn.

Chloe Formosa3 Mick Formosa1
MICHAEL Formosa has enjoyed much success throughout his harness racing career with the highlight being his association with open-class pacer Ultimate Art who contested...

MICHAEL Formosa has enjoyed much success throughout his harness racing career with the highlight being his association with open-class pacer Ultimate Art who contested the 2015 Inter Dominion Championship Final and was a Bathurst Gold Crown winner in 2012.

More recently the Ellalong-based trainer-driver has been content with racing his horses in the Hunter Valley, where his results have been more than satisfying.

In the past 12 months Formosa has trained 14 winners at Newcastle, while he has picked up a handful of winners at other tracks.

On July 23, Michael took a back seat to watch on while his daughter Chloe, at her first drive in a race, achieved a perfect start to her driving career when she won aboard Ultimate Force.

Collectively, Formosa has the best book of drives he has had in recent times at Newcastle tonight.

Of his seven drives, four are horses he trains himself while the remaining three are from the Clayton Harmey stable.

Rocknroll Swinger is the first for Michael in Race 2, a mare that has won five races from 40 starts.

At her last start at Newcastle, she ran second beaten a half head after leading and setting a slick pace (1.53.7 mile rate).

She starts from barrier five tonight and is well fancied to break back into the winners’ circle.

His second stable runner is in Race 4 and Pops Boy, a three-year-old colt that has been racing in a rich vein of form, has won six of his past eight starts.

That run of success kicked off at Penrith on April 29 with his most recent win being at Newcastle on July 30 when he led and beat a handy field, rating 1.55.7.

Heavenly Holly (Race 5) is another well-performed stable runner for Formosa, who was an Armidale winner in May.

The filly has won seven races from just 24 outings, her latest win coming on July 16 when she led throughout.

Clayton Harmey has been regularly using Formosa’s services this season and they combine with Skyfall Andy (Race 9) who, despite being sent out at short odds at his past three starts, is still a maiden.

The gelding has finished runner-up in those three runs and last start raced without cover before failing by a head in quick time.

At 16, Chloe’s ready for the spotlight
Chloe has the pedigree to make it to the top
About author