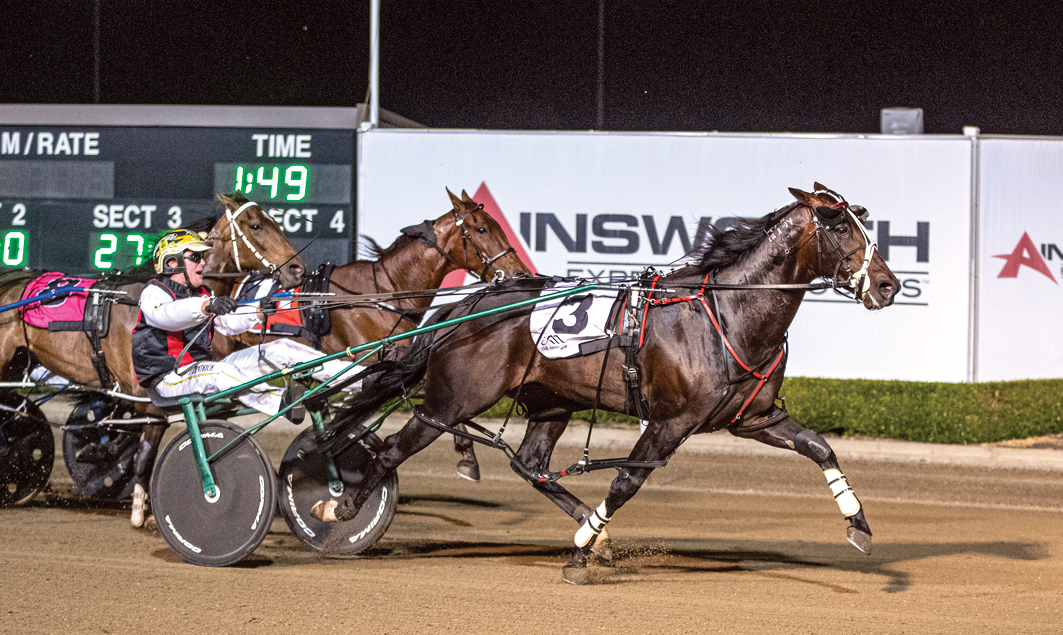 IT’S bad enough for us Australians to watch the Aussie Inter Dominion contenders perform below expectation during the opening round. National pride took a...

IT’S bad enough for us Australians to watch the Aussie Inter Dominion contenders perform below expectation during the opening round.

National pride took a beaten when only one of the 10 representatives managed to figure among the placings at Alexandra Park on Friday night.

The following evening at Tabcorp Park Menangle salt was rubbed into the wound when Kiwi arrival Hail Christian captured the main event on the card – Lazarus at Yirribee Free-For-All.

“He seems to love racing at Menangle,” trainer Paul Court said. “It is amazing how different he is over there compared to here.

“When he is in Sydney he is capable of mixing it with the best, but when he comes home he loses 10 lengths.

“I think he loves the large track and constant speed over a mile.

“It’s not as stop-start over there like it is at home and that quick first half brings horses like him into it.”

Providing some solace from the win is the fact Hail Christian was driven by local reinsman Blake Fitzpatrick.

Beginning quickly from barrier two, Hail Christian was settled behind the leader, Jack Farthing, before being pushed back as Cash N Flow worked to the lead.

Angled into the clear at the top of the home straight, the son of Christian Cullen sprinted to a three-and-a-half metre win from Cash N Flow, with Jack Farthing a head away third.

“That was a top run,” Court said. “I thought it was a good opportunity to send him over while the better ones are in the Inter Dominion.

“I will put him in another two or three races, then given him a let-up over Christmas target before we head to the Newcastle Mile and work towards the Miracle Mile.”

Making the most of spring campaign
McDowell giving youngsters their shot at glory
Ziggy ready to rock the Golden Guitar
Another trip to town, another tough draw
About author