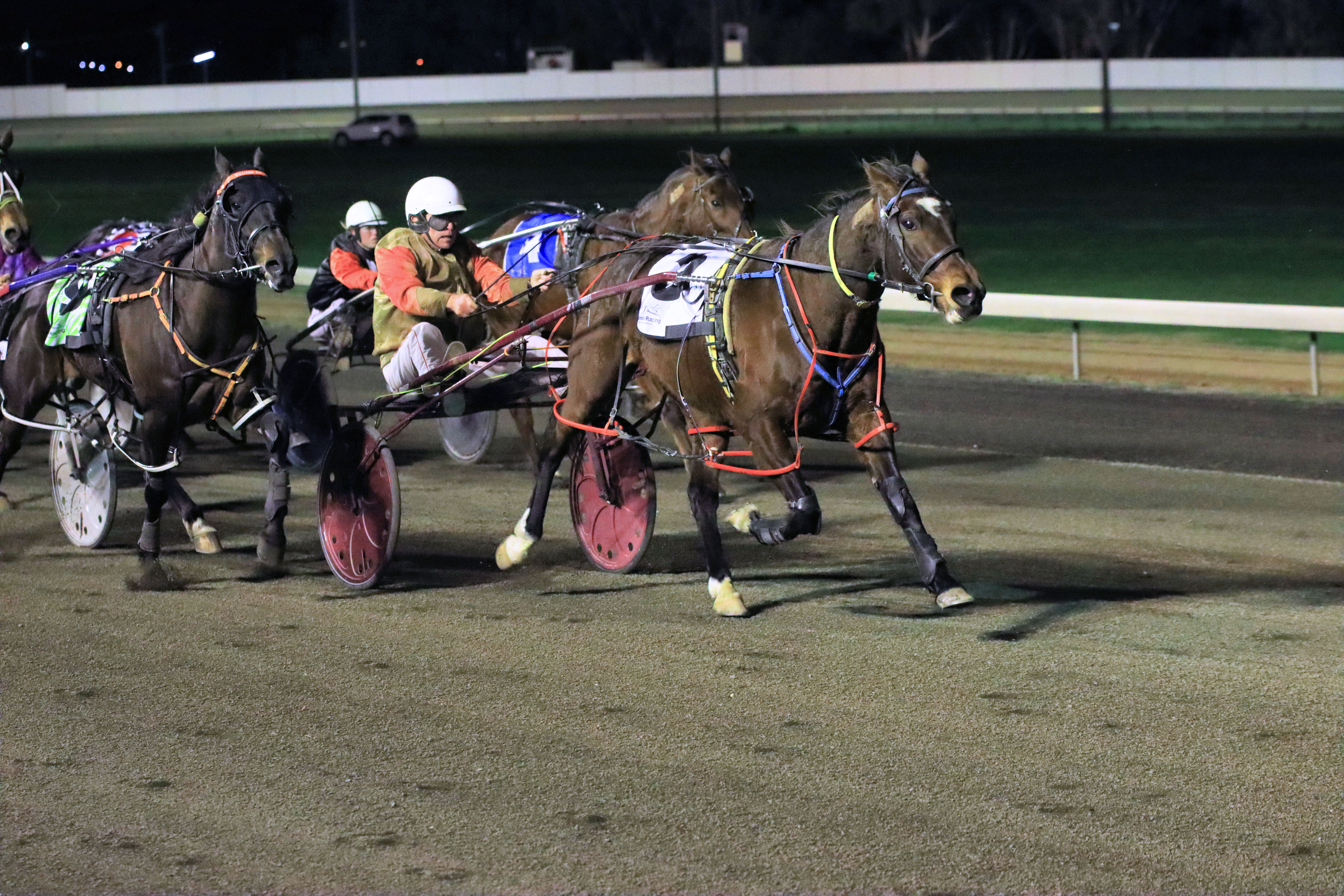 WINNING RUN: Arthur Clancy scores with one of his former team Jiggy Rhythm

Arthur Clancy2 Jiggy Rhythm2 Paddy Carmody1
AT 78,  there are days when Arthur Clancy would probably prefer to be off having a game of golf, or tennis. But the veteran...

AT 78,  there are days when Arthur Clancy would probably prefer to be off having a game of golf, or tennis.

But the veteran Bathurst horseman’s love for the game of harness racing always prevails.

While he only works a small team these days, Clancy continues to maintain an impressive strike rate and was back in the winners’ circle at Parkes on Friday night when successful with enigmatic pacer Jiggy Rhythm.

He’ll have another runner tonight, The Ringmaster, with Angela Hedges filling in while Clancy serves a short suspension for his winning drive.

Jiggy Rhythm has now won eight races for him and Arthur says he’s had some nicer horses over the years.

“She struggles a bit, but she’s a lovely animal,” said Clancy.

“She’s a bit independent but gee, she’s as game as they come.

“Maybe she lacks a bit of high speed but Glenn McElhinney drove her for me in a Menangle Country series where she made the final and they ran 1:51 up front and she ran about 1:52.5 . . . and she will keep doing that behind a bit of high speed.

“There might be three or four horses I’ve had that I’d rate in front of her.”

Based near Bathurst, Clancy’s immediate goal is to continue racing and enjoy working and racing the horses that he does have.

“It gets a bit out of control on numbers,” he said.

“That’s ideal.  But when I break one in it jams me up a bit.

“I had intended to put ‘Jiggy’ on the market, but she is paying the bills for the others at the moment.

“My other horse in work, The Ringmasters wears me down sometimes, he just throws away too many opportunities with his manners.

“I get no encouragement to sell Jiggy from my wife, Carmel.

“And I can understand that . . . Jiggy Rhythm is beautifully bred, her mother is a full sister to Young Rufus.

“The breeding is there and she’ll make a lovely broodmare.

“For me, though it’s getting a bit late in the day for all that breeding. I prefer to go and play a bit of golf at Bathurst.

Like most horsemen in the district, Clancy is relieved that harness racing has been able to continue during the COVID-19 pandemic.

“We’ve been largely unaffected compared to other parts of the country,” he said.

“Except for family visits and things like that, life is almost normal and sport has been much the same.

“Harness racing [and golf] and are pretty-much unaffected.”

Clancy has 25 acres and a three-furlong track which has a couple of sharp turns on his property.

“For most of their fast work I float them down to the Bathurst track to fast work them.”

Clancy loves the new track at Bathurst – and admits he is a fan of the passing lane too.

“I raced some horses in Queensland some years ago and Brian Hancock had a horse named Timbuctoo for me and I had another horse in a two-year-old race up there, Red Harmony and won 13 races with him,” he said.

“I took him up for the Seymour Classic race, he made the final but didn’t do that well.

“I took the same two up the following year and Red Harmony managed to win a race at Toowoomba.

“Since those trips north I have always been a great fan of the passing lanes because it opens the field up turning for home and nearly every runner a better opportunity.

“So, I have always been a fan of that.

“And the better horses seem to win races on our new track here at Bathurst.

“The old half-mile tracks were always a lot tighter and I admit I’m a bit sentimental about that.

“It’s what we have been doing up here for years.

“And while I enjoyed racing on the old Bathurst track and others, the new five-furlong track is excellent.

“You have good vision on the newer ones.”

Clancy has three children born and raised in Bathurst since he arrived there as a council engineer in 1967.

“I’d have them out cleaning stalls and jogging horses when they were 13 and 14 – and I think that turned them against the game,” he grinned.

“They saw no future in that at all.”

Yet Clancy said his wife Carmel was an enormous help.

“My first wife, who passed away some years ago, was very supportive of me,” he said.

“And later on, when I met and married Carmel, she had never been to a racetrack . . . and she took to it like a duck to water.

“She loves it and does all the spadework. She doesn’t really want to sit in the gig but helps with the jogging from a car and that loosens up my days a lot.

“Actually, she’s quite unbelievable – and I don’t say that lightly.

“My neighbours all ask where I got her from.”

Back to Jiggy Rhythm and he’ll be back at the races next week.

“The stewards put me into lockdown after my Parkes drive and I copped 10 days,” he said. 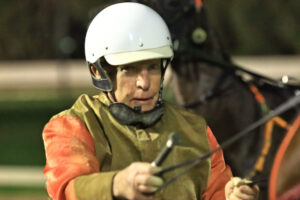 PADDY CARMODY DESERVES HIS SPOT ON THE WALL

I had to ask how he came to be named Paddy Carmody:

Clancy explained that his father came from Ireland in 1929.

“I have relatives there and one my first cousins, Mary Clancy, married a guy and his name was Paddy Carmody,” said Clancy.

“He was a bit of a character – a typical Irishman really.

“The only time you could understand him was when you had a few Guinness’s on board with him too.

“He died about six months ago but about three years ago I was over there and caught up with him.

“I finished up naming a horse after him and when Paddy Carmody had a win at Bathurst I decided to take a photo of the win over to him.

“They thought the world of that sort of thing.

“I remember getting the framed photo through Ryan Air was a task and they wanted to know what it was for.

“But they got a real kick out of it over there.

“I watched his funeral on Skype when he passed away and they had the photo of Paddy Carmody winning that had been hanging up in the lounge room.

“Needless to say, I was a bit embarrassed.

“My Dad never got back to Ireland in his lifetime and I have been there a couple of times and they regard me above my stature, I think . . . and they thought a lot of that photo.”

“When I retired Paddy Carmody I gave him away to a lady up Armidale way.

“She was hoping to put him in a rig and go around to shows with a top-hat and tails-type events.

“I was glad I found a good home for him.”

Brad’s ready to take the next step to a cent...
Arthur’s still chasing that pot of gold
About author