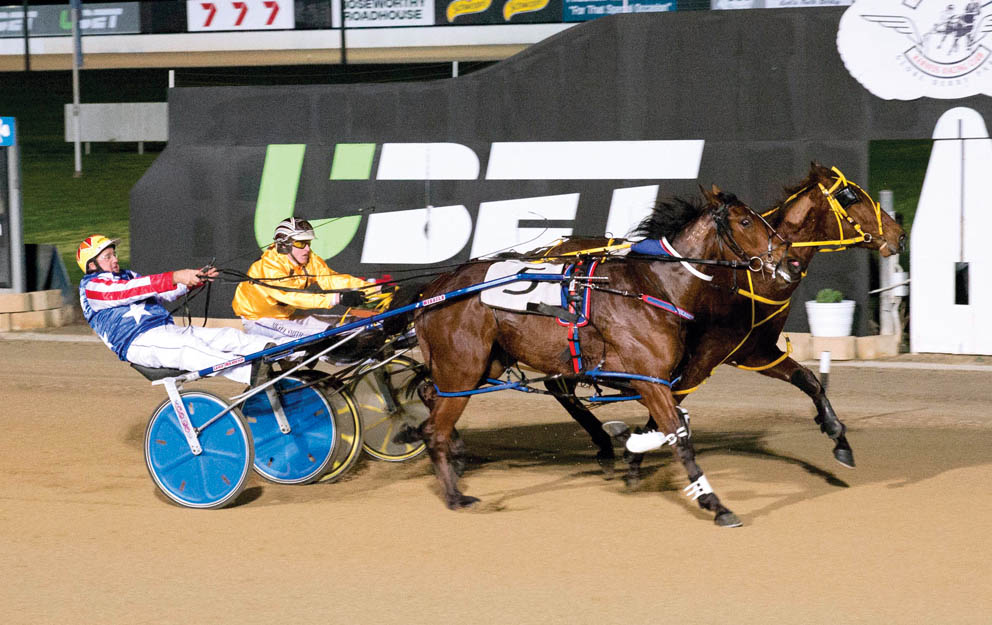 BUBBLES AND CHEESE on the inside - Photo Walter Bulyga

A TOUGH draw and a change of conditions have made life difficult for Bubbles And Cheese at Globe Derby on Saturday night. With a...

A TOUGH draw and a change of conditions have made life difficult for Bubbles And Cheese at Globe Derby on Saturday night.

With a lack of nominations for the Lord and Ladyship Stakes, Harness Racing SA combined the features to create the Two-Year-Old Classic.

As such, Bubbles And Cheese has gone from racing against her own sex to competing with the ‘boys’.

Adding to trainer Bronte Giorgio’s woes is Bubbles And Cheese’s draw, with the filly to begin from the inside of the second row.

“Going up against the colts has made it tougher,” Giorgio said. “On top of that she’s got the back line, which makes it harder again.

“From there she is likely to settle three-back along the pegs, which is not an ideal position to be in.

“We’ll have to rely on a bit of luck from there.”

Although several factors are against the recent Southern Cross Final winner, Giorgio is positive the daughter of Betterthancheddar is primed to run a solid race.

“I couldn’t be more pleased with the way she is within herself,” Giorgio said. “She has trained on great since the Final a couple of weeks ago.

“She’s certainly going well enough to win…it’s just a matter of whether she gets a good crack at them.

“This will be her last run for the season, so with a bit of luck, she will head to the paddock on a high note.”

Buy it, try it, be on the sly or pass it by?
6000 WINS AND NO RETIREMENT ON THE CARDS FOR THE ‘...
Now it’s Group One Gav!
Freshman honours ill-fated dam
About author