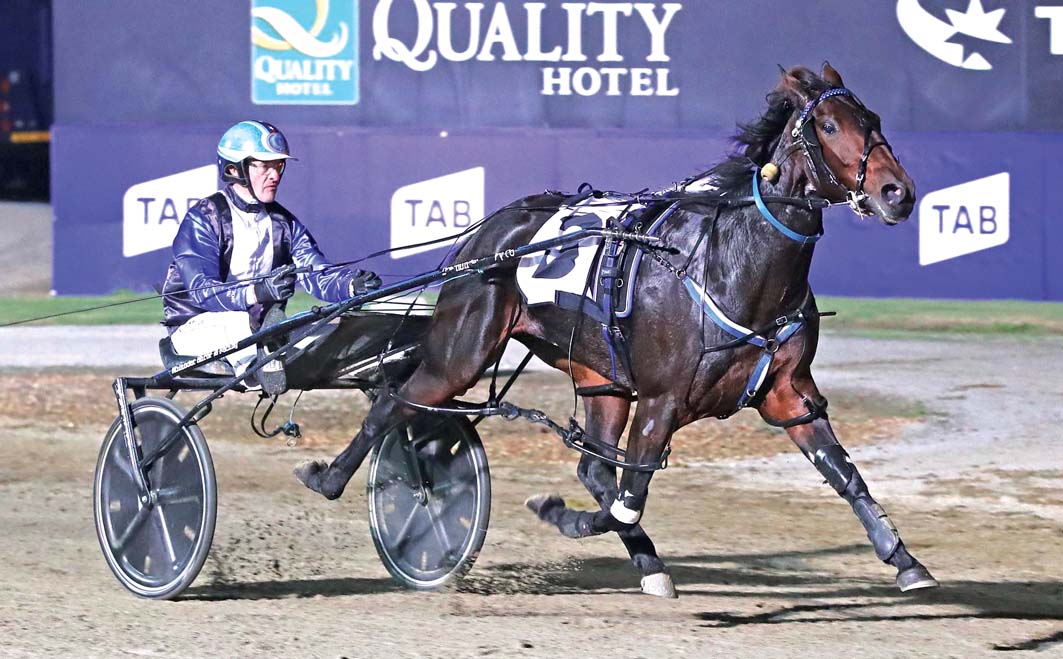 CLASSY filly Passions Delight will be given the opportunity to complete a rare double during the next couple of weeks. Having registered the first...

CLASSY filly Passions Delight will be given the opportunity to complete a rare double during the next couple of weeks.

Having registered the first part of the equation with her South Australia Oaks triumph at Globe Derby last month, Passions Delight’s next target is Victoria’s Blue Riband.

Heats of the classic are scheduled to be conducted at Tabcorp Park Melton on Saturday night, with the $150,000 Final at the same venue next week.

The two features have been run simultaneously since 1956, with just six fillies securing both.

As for Passions Delight, she will make her debut for Victorian trainer Brett Bunfield in the series.

The daughter of Bettors Delight had spent the previous 10 weeks in South Australia, where she won five of her six starts for premier horsewoman, Dani Hill.

Passions Delight’s defeat was a second in the Gawler Derby after racing in the breeze against the ‘boys’.

“She is a great pick up for the stable,” Bunfield said. “Any chance you get to welcome a filly of her capability into the team is fantastic.

“Marc (Hanover) and Gordon (Banks) have sent several horses to us, including Saphirique, which has missed the Oaks due to having a throat operation.”

To be driven by Gavin Lang, Passions Delight will begin from barrier five, in what has been described as the strongest of the three heats.

“She is in the stronger of the heat, which makes it tough,” Bunfield said. “She could run a great race and only finish fifth!

“She also hasn’t raced for a month, so that goes against her. Although she is going in first-up, she had been racing solidly before she came to us and hasn’t lost any fitness.

“If she can sneak into the Final, she will be better next week.”