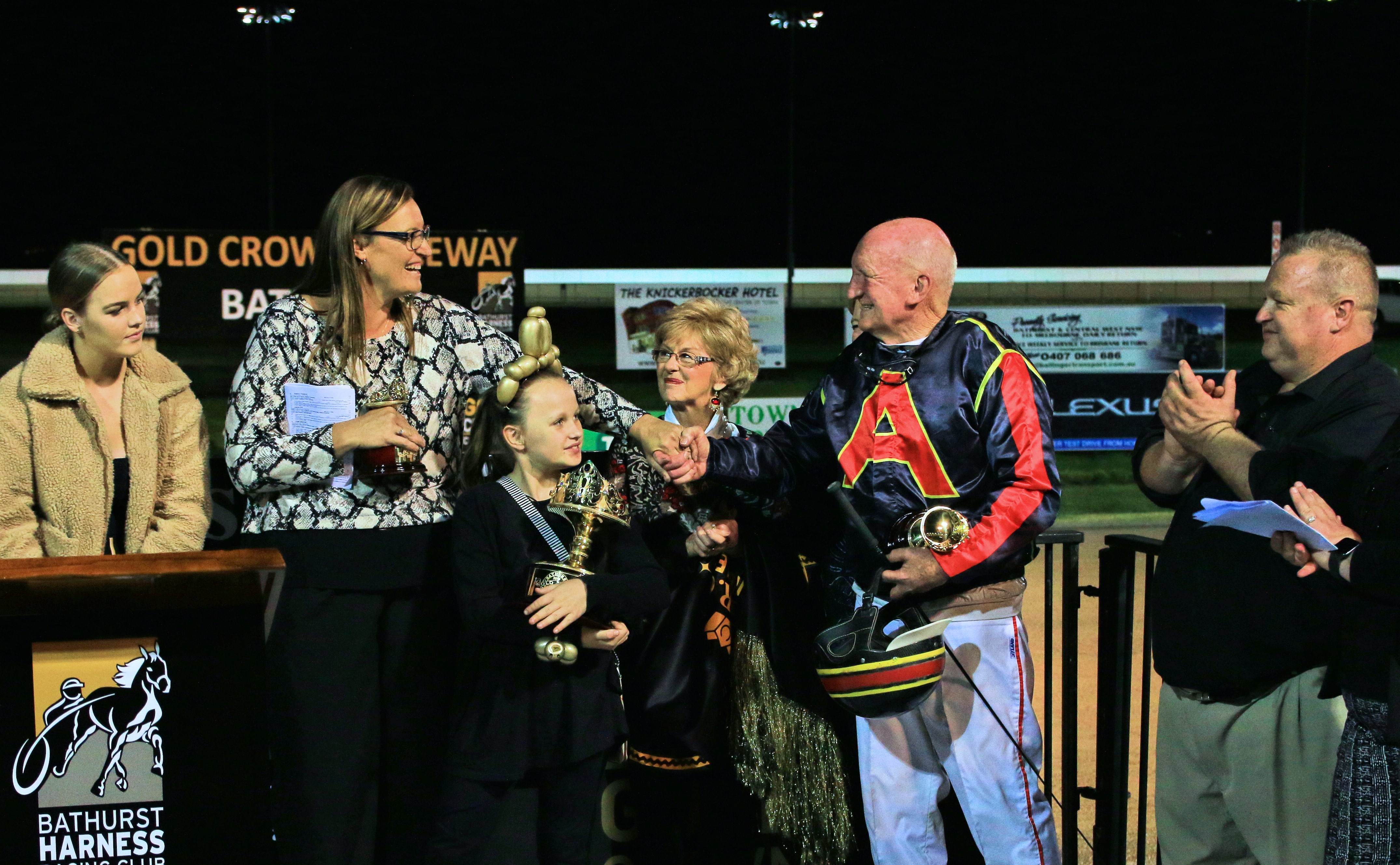 For every year since 1990, the club has invited an individual or group of people who have made an ‘outstanding lifelong contribution to the harness racing industry and the community in general’ to be their Honouree.

“Like everyhonouree before them, the McDowell’s expressed surprise at the nomination, and it actually did take some effort on my part to encourage them to accept,” said Dwyer.

“Colin was absolutely adamant that every success he has had on the track has been a team effort and so was reluctant to accept any individual recognition, which is fair enough.

“When we pointed out to both Colin and Cheryl however that the award was actually recognition for every part of ‘Team McDowell’, and every member of the team would be recognised on the night’, they accepted the honour’.

“Yet when we looked over the McDowell record of harness racing participation and success, exceptional support of the industry across the country and undoubted business success it was pretty clear that they easily fitted all of our Honouree criteria,” said Dwyer.

“The McDowells have been exceptional supporters of the Gold Crown Carnival ever since it began 34 years ago.

“In fact, they won the first ever Gold Tiara with Loves a Dance in 1987 and then spent the next 33 years chasing more Gold Tiara success, which they finally grabbed with Michelle Lee Mac in 2019.”

From an interest which began with Miss Illawarra in 1976, Colin McDowell has driven well over 500 winners and horses he has driven have won over 3 million dollars in prizemoney.

Team McDowell, through their business Allied Express, also sponsor the sports and causes they love.

As well as supporting harness racing clubs all over the country, the Allied Express Logo is proudly worn by several major sporting teams including the Wests Tigers (NRL) and the Western Bulldogs (AFL).

“And let’s not forget the success they have had in the business world.

“Allied Express is the largest privately-owned transport company in this country, which is an absolute credit to all members of Team McDowell.

“So while they may have been reluctant to accept the nomination in the beginning, once you get to know their story, you will appreciate what a wise choice Colin and Cheryl McDowell have been as our 2020 Gold Crown Honourees.”

This seems the ‘Ideal Escape’ for Coun...
In and out of the gig, Amy’s on the ball
Micky’s thriving in the bush
Back at the top of his game
About author