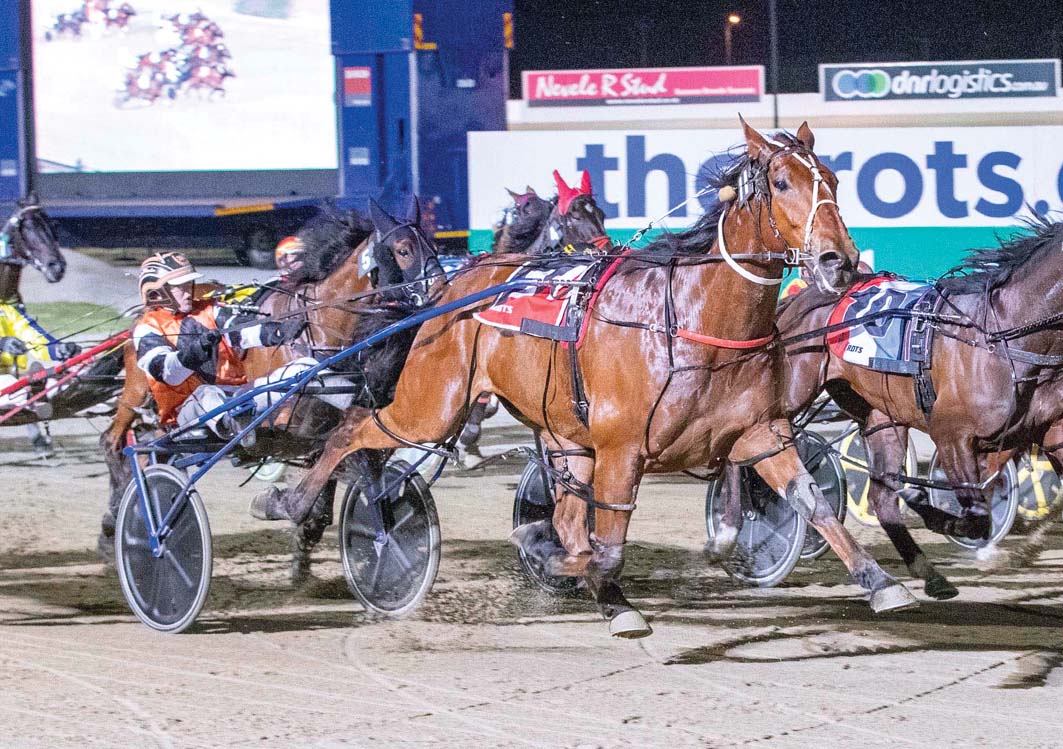 Demmler is on the Shaky Isle with handy performer My Kiwi Mate ahead of the prestigious Championship, which begins with heats at Alexandra Park on Friday night.

Closer to home Demmler was successful with Fake Smile in the Gordon Rothacker Memorial at Tabcorp Park Melton.

An injury-prone gelding, the Australian Pacing Gold purchase boasts an impressive record of nine wins and four placings from 13 starts.

Fake Smile’s victory in the Group Three came at just his third start this preparation following a 42-month absence.

“He’s had a lot of leg problems,” Demmler’s partner Jodi Quinlan said. “Craig has put a lot of time into getting him right and racing.

“Craig’s had him in work and building him up slowly for the past 12 months so to see him get this kind of reward is terrific.

“From the moment he started getting serious with the horse Craig said he was something pretty good.

“He can work with and beat My Kiwi Mate in training.”

Driven by Jackie Barker, Fake Smile was settled at the tail of the field from his second row draw as Deedenuto worked hard to lead from barrier seven.

Angled three-wide along the back straight, the son of Grinfromeartoear was forced four deep around the final bend.

Sustaining a strong sprint Fake Smile completed a metre-and-a-half win from Lumineer, with Pick Up Line a neck away third.

“That was a top run from him,” Quinlan said. “They’ve come home in 56.8 seconds and he was three and four-wide doing it.

“He’s only had three starts in three-and-a-half years and will continue to get better.

“As long as he can stay sound he should have little trouble going through the grades.”