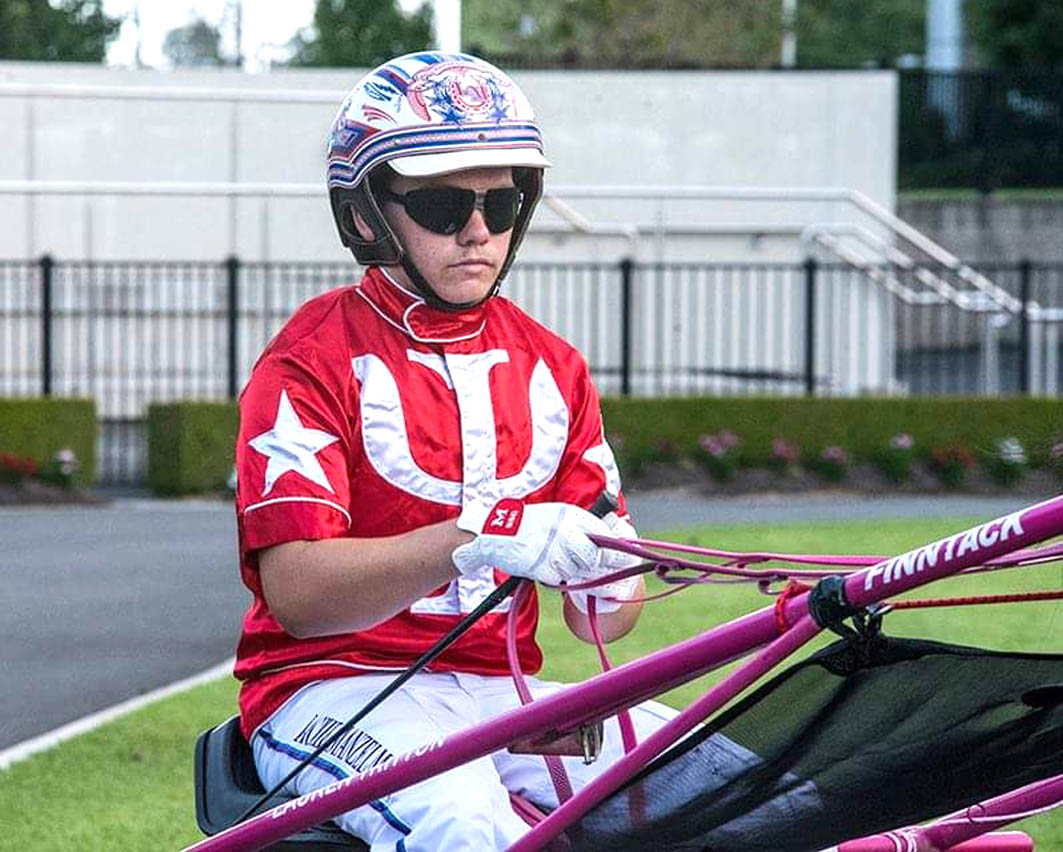 FOUR months ago his dad bought him a horse! To be more precise, John Manzelmann purchased Bridget Blue Chip so his son Lachie could...

FOUR months ago his dad bought him a horse!

To be more precise, John Manzelmann purchased Bridget Blue Chip so his son Lachie could “have a nice metropolitan horse to drive on a regular basis.”

A lot has changed during the ensuing months, including Manzelmann chasing a slice of history at Tabcorp Park Menangle tomorrow night.

Although he is a $151 rank outsider with TAB Fixed Odds to achieve the feat, Manzelmann is aiming to become the youngest driver to win the famed Miracle Mile.

At a still wet behind the ears 19, Manzelmann will partner Yayas Hot Spot in the $1million Grand Circuit event.

Manzelmann retained the drive behind Yayas Hot Spot after partnering the Lauren and Shane Tritton-trained gelding to an upset victory in the Newcastle Mile on February 8.

As it stands, Matt Rue is the youngest Miracle Mile winner after capturing the Group One with Baby Bling in 2013.

Rue was 23 when he reined Baby Bling to an upset victory as the $33.90 outsider on the tote.

Despite his tender year, Manzelmann is adopting a mature approach to the big occasion.

“I’m trying to think of it just like another race,” Manzelmann said. “Although it is the Miracle Mile, I’m just looking at it as another race at Menangle to keep the nerves down.

“It is exciting to be driving in such a major event, but I don’t want to let it overwhelm me.”

While betting markets don’t give Manzelmann much hope, Yayas Hot Spot will begin from barrier four – the most successful draw in the feature’s history

“Hopefully that is a bit of an omen,” Manzelmann said. “With a bit of luck we can settle in a good spot and not too far back.

“Everything has to go our way but he’s in the race which means he can win it!

“He has been working great and just himself really….he just goes about his business.”

Manzelmann’s engagements on the card also include Bridget Blue Chip, which will contest the Ladyship Mile.

Also drawn barrier four, the daughter of Santanna Blue Chip is among the outsiders at $41.

“She is feeling super,” Manzelmann said. “I think she put in one of the best runs to be third in the qualifier after being shuffled back to last at the top of the home straight.

APG purchase a mistake, luck or fate?
Aussie too slick at Yonker’s Raceway
Popular reinsman riding the crest of a wave
Latest in clan’s long list of Group One winn...
About author