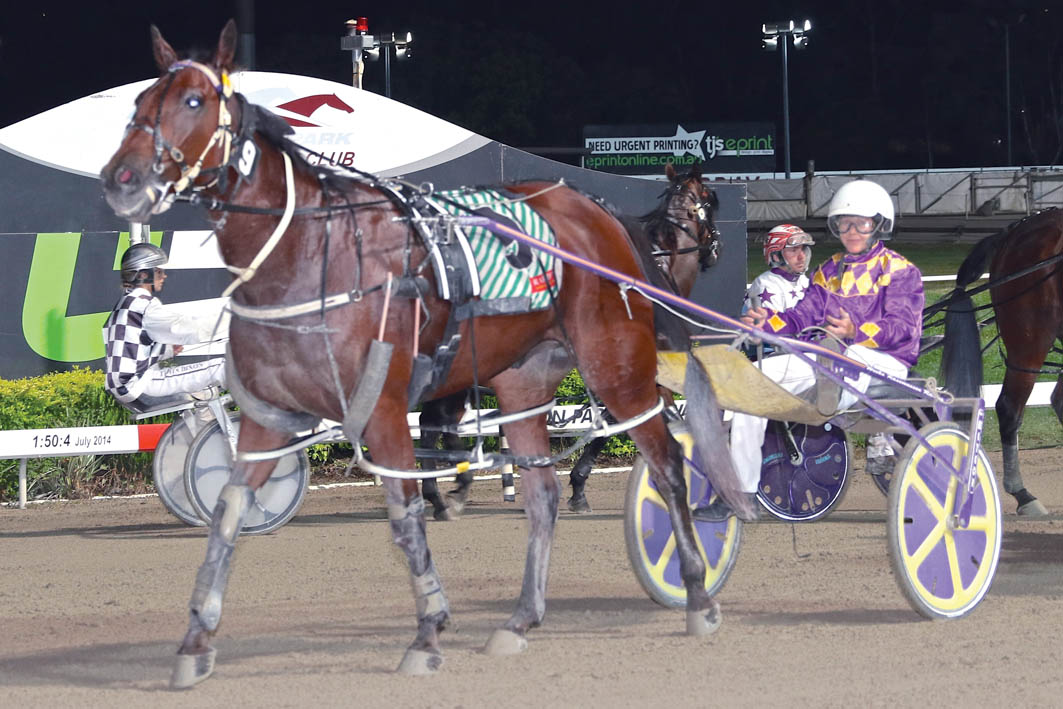 CONDITIONS are against in-form pacer Anychance at Albion Park on Saturday night. That’s the call from trainer Kylie Rasmussen, who believes the son of...

CONDITIONS are against in-form pacer Anychance at Albion Park on Saturday night.

That’s the call from trainer Kylie Rasmussen, who believes the son of Mach Three will “need luck” against free-for-all company.

Winner of his last two starts, Anychance has drawn wide along the second row over 1660 metres, with Rasmussen stating the gelding will find it difficult to continue his winning sequence.

“Racing over the shorter trip is not his go as he prefers a little more distance,” Rasmussen said. “He’s shown that during his last couple of starts, which were over 2138 metres.

“Although he has won over the sprint, it was as he was going through the grades.

“It’s a little more brutal now that he is up in grade, so he’s going to need a bit of luck, especially from his draw.

“I’m confident he will run a good race, as he never really puts in a bad run, but whether he can win will be up to how the race unfolds.”

With the Queensland Winter Carnival in July the main priority with the five-year-old, Rasmussen will continue to find suitable races for Anychance during the interim.

“He got through the grades quickly, then once he was up in class he had to adjust to the difference, but he’s coming along really well,” Rasmussen said. “He’s such a handy, honest, lovely horse, which always tries.

“I’ve got nothing planned out for him at the moment, but will see what suits him over the Winter Carnival and head that way.”