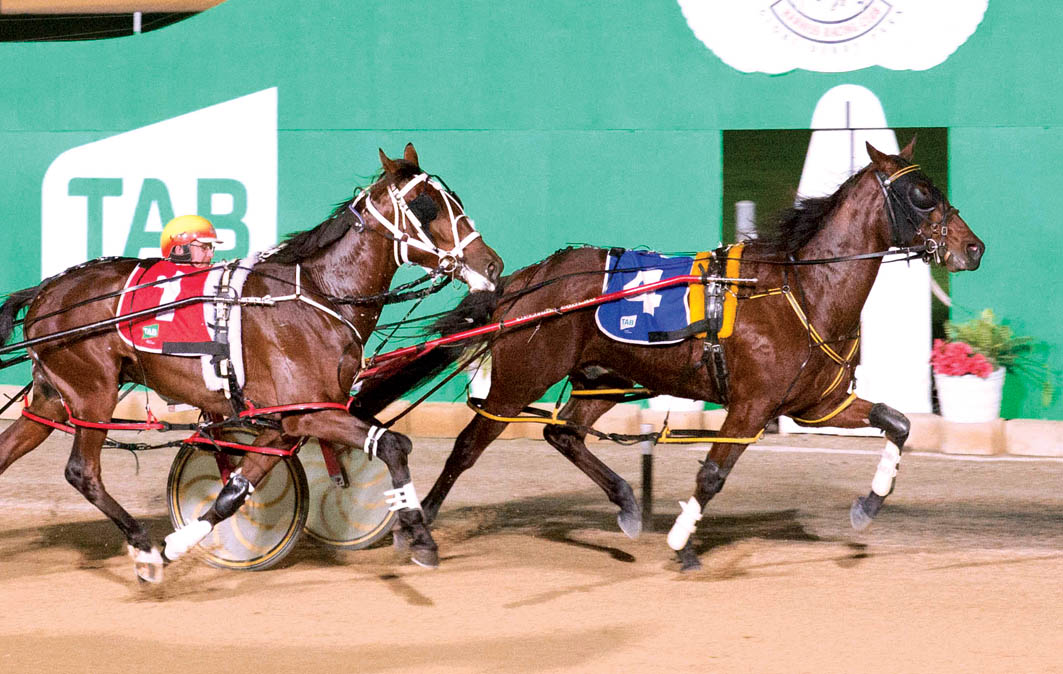 IN WHAT shapes as his last start for the season, consistent freshman Whatabro faces “an impossible” task” at Globe Derby on Saturday night. Engaged...

IN WHAT shapes as his last start for the season, consistent freshman Whatabro faces “an impossible” task” at Globe Derby on Saturday night.

Engaged in the Lordship Stake, the son of Four Starzzz Shark will require more than his share of luck if he is to end the term on a winning note according to trainer Darren Billinger.

Although he is pleased with Whatabro’s form and work, Billinger believes the two-year-old’s draw and strength of his opposition will prove too difficult to overcome.

Whatabro will begin from barrier five in a field of seven.

“I’m happy with him and expect him to run his usual honest race,” Billinger said. “I just don’t know if that is good enough given the conditions.

“There is a lot of speed drawn inside him and there are some pretty nice types in the field.

“He’ll have to be eased back at the start and so far he hasn’t been able to win when coming from behind.”

Citing Juddy Douglas and Son Of Rayson as the pair to beat, Billinger rates Whats Stanley Got as the one most like to cause an upset.

Winner of his last two starts, Juddy Douglas has drawn barrier two, with Son Of Rayson to come from gate seven.

Runner-up at five of his last six outings, Whats Stanley Got will begin from the pole.

“Juddy Douglas and Son Of Rayson are both in winning form and are clearly the two to beat,” Billinger said.

“Whats Stanley Got has finally drawn a descent barrier and should get the best run from there which brings him right into it.

“We’re going to need a lot of luck come our way, which will be great if that’s how it works out.”

Big improver for the Cup
Draw crucial for filly’s chances in Group On...
Primed to join an elite fraternity
Trainer happy to pull the wrong rein
About author