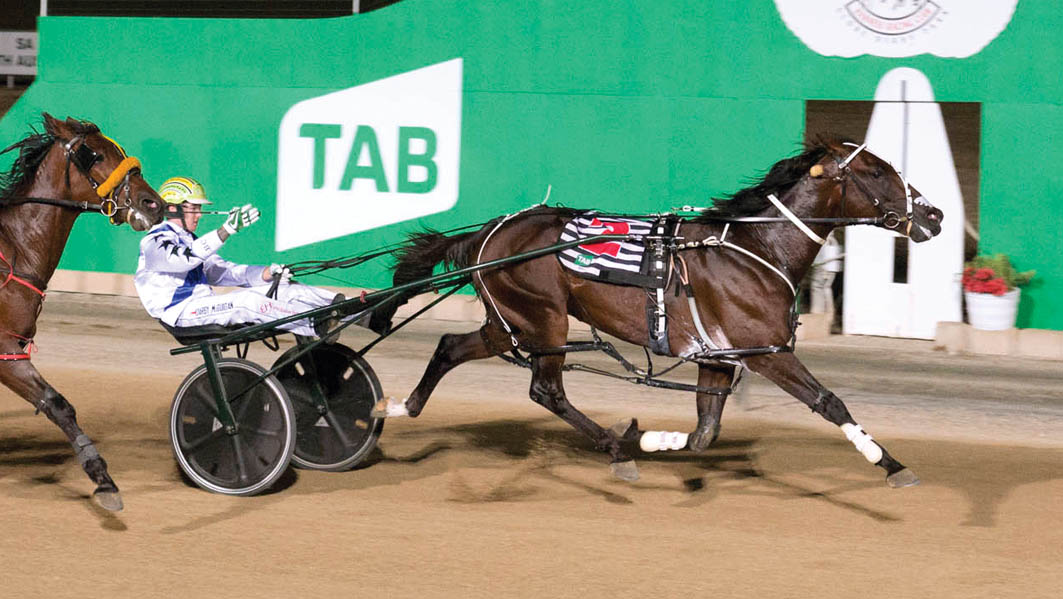 Successful in the South Australia Derby the colt joined a host of his relatives as a feature race winner around the circuit.

By Art Major, the three-year-old is from 2007 SA Oaks champion Saved A Corka, which also captured the Southern Cross Final the same year.

A daughter of prolific producer Uncork, Saved A Corka is a sister to Southern Cross star Hes A Corka, with the clan including Come On Frank and Arm A Princess,

Despite his strong local connection, Major Exclusive is trained by Victorian horseman Ted Caruana, who was unable to make the trip interstate.

“Work commitments kept me home, plus my health isn’t 100 per cent,” Caruana said. “At the moment I can’t get my blood pressure down, so my son Blake took him over for me.”

With Darby McGuigan holding the reins, Major Exclusive began quickly to cross to the pegs from barrier two, but was unable to hold out Arden Voyager, which dashed to the lead from gate five.

After enjoying the run of the race behind the pacemaker, Major Exclusive was angled away from the pegs to claim the front leaving the back straight.

Staving off a late challenge from Ce Cee In America, Major Exclusive scored by three metres, with Arden Voyager nine metres away third.

“To be in the fall when the Derby was first run a few weeks ago, then come home to win a couple before returning for Derby is a fantastic effort from him,” Caruana said.

“He’s earned a little break now before I start him up again in preparation for the Vicbred and Breeders’ Crown later in the season.

“We bought his brother a few weeks ago at the Australian Pacing Gold Sale so hopefully he can follow in his footsteps.”

Rating 2:04.3 over 2230 metres, the three-year-old provided McGuigan with the second leg of a double.

Combining with his father, Tim, McGuigan scored with Rebeccas Art which accounted for Just Makemine Diamonds and For The Corz in 1:58.3 over 1800 metres.