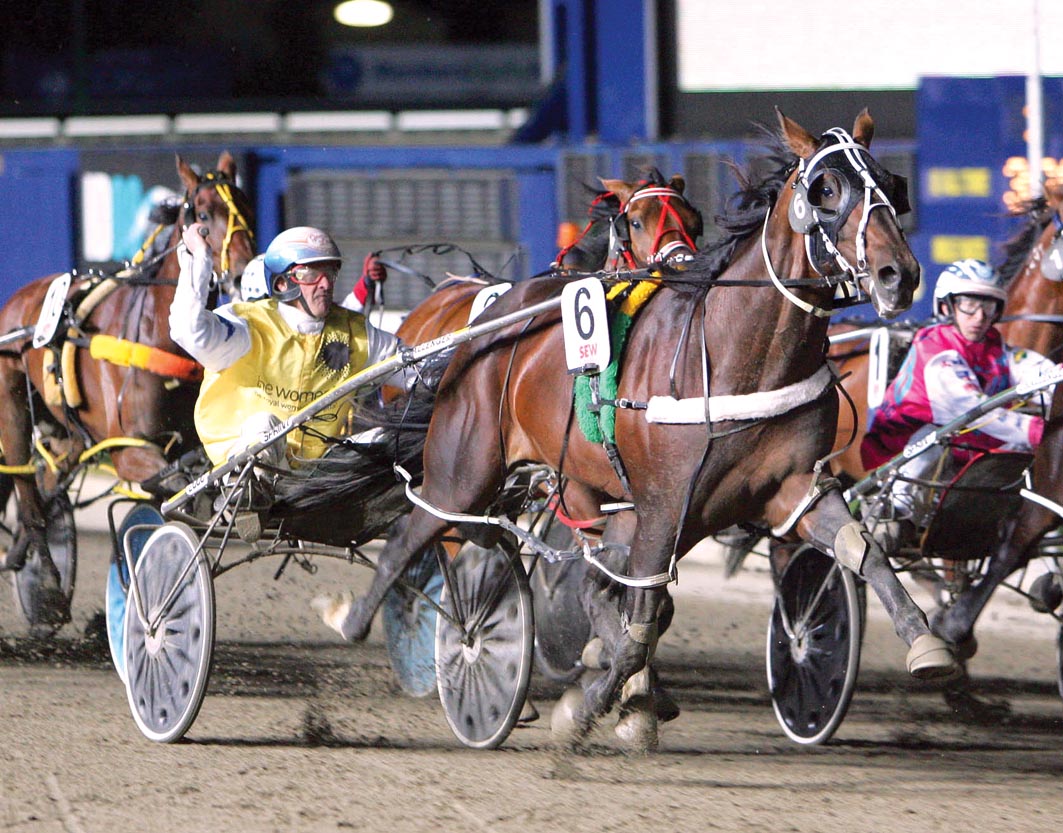 Could this be the longest winning sequence?

IT WON’T be the longest winning sequence by way of numbers, but could certainly be among the lengthiest in relation to time frames. Making...

IT WON’T be the longest winning sequence by way of numbers, but could certainly be among the lengthiest in relation to time frames.

Making his return to training this weekend, Clayton Tonkin is looking to kick-start his campaign on the same note he ended the previous one – victoriously!

Tonkin hasn’t had a starter since capturing the Horsham Guineas with former star pacer Robin Hood on July 19, 2004.

At Tabcorp Park Melton on Saturday night Tonkin will be represented by rising star Ride High, which is also making a long-awaited return to the track.

Should the highly-rated son of Art Major make a successful comeback it will provide Tonkin with a 15-year and four month winning streak!

“It’d be nice if I can get a win first-up from a long spell,” Tonkin said.

Widely-regarded as an exceptional horseman, Tonkin has been behind the scenes during the interim as his partner, Emma Stewart, dominates training ranks.

So what led to Tonkin’s decision to regain his licence?

“I’ve got a pretty special connection to Ride High, so I thought I may as well be his trainer,” Tonkin said.

“It’s been a while since I’ve held my licence and we’ve had a lot of top horses come through the stable in the meantime, but I felt this bloke was the one I’d make a return with.”

Winner of the 2018 Breeders’ Crown as a three-year-old when prepared by Stewart, Ride High missed last season due to a suspensory injury, with Tonkin stating the stallion is showing no sign of concern in the leg.

Ride High was sent to the paddock with the impeccable record of eight wins and a third from nine starts.

“The injury is always in the back of your mind, but he seems to be in perfect order,” Tonkin said. “Now it’s a matter of keeping him sound beginning with getting through Saturday night in good shape.

“I couldn’t be happier with his preparation, including his track record workout at Melton last week.”

Along with the obvious desire to see Ride High emerge triumphant for his owners, Tonkin is also in the hunt for bragging rights given Stewart has three runners in the Group Two.

Hurricane Harley has drawn gate three, with Thats Perfect to come from four and Tam Major to start from barrier six.

“Tam Major is the biggest threat along with Colt Thirty One for Grant Dixon,” Tonkin said.

“Hurricane Harley can be brilliant but is stepping up against the older horses.

“It’s only a small field of seven, but what it may lack in numbers it certainly makes up for on talent.”