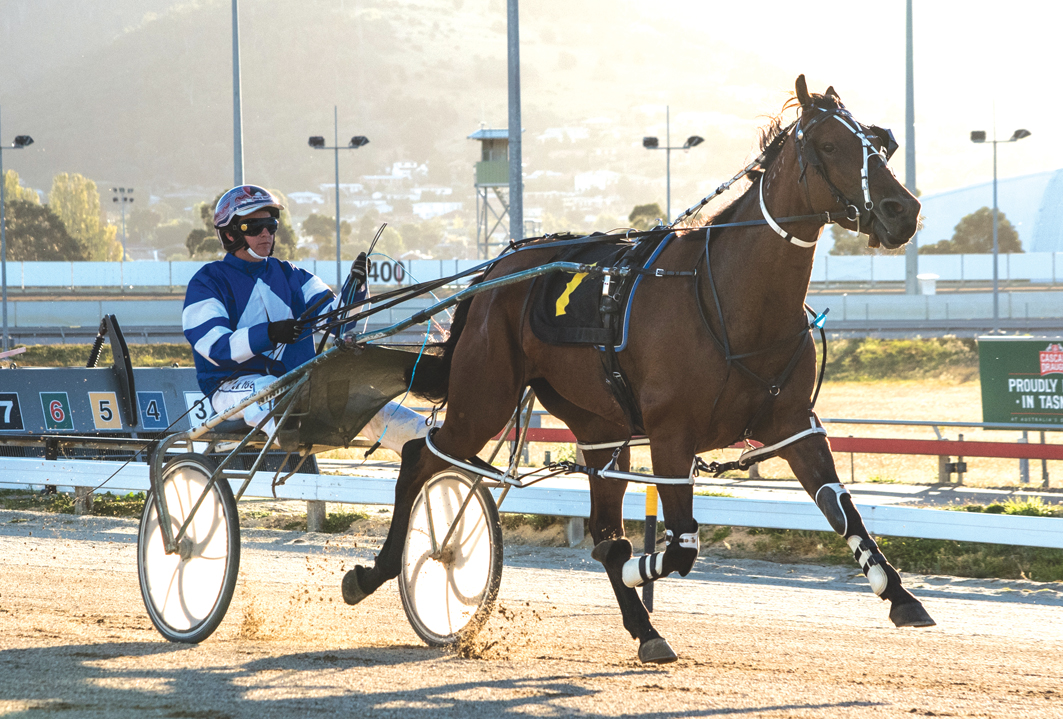 Contemplating giving the daughter of Courage Under Fire one more start before a freshen-up, Eaves stated Courageous Katee’s campaign is based around The George Johnson.

The feature is scheduled to be conducted in Hobart on December 22 – Tasmania Cup night.

“She is racing really well and I’m very happy with everything she is doing,” Eaves said. “She was unlucky last week when she didn’t get a good run, but other than that, her form has been terrific.

“I may give her one more run, but she will have a short break just to keep her fresh and at her top.

“The George Johnson is what I am looking at as it is a perfect race for her.”

Driven by Adrian Collins during her latest win, Courageous Katee shrugged off a tough three-wide run to score from Hayleys Comet and Paddy Mach in 2:00.3 over 220 metres.

“I was pretty confident without even though she’d drawn badly,” Eaves said. “I did think Adrian too off a bit far out, but she fought on well and got the job done.”