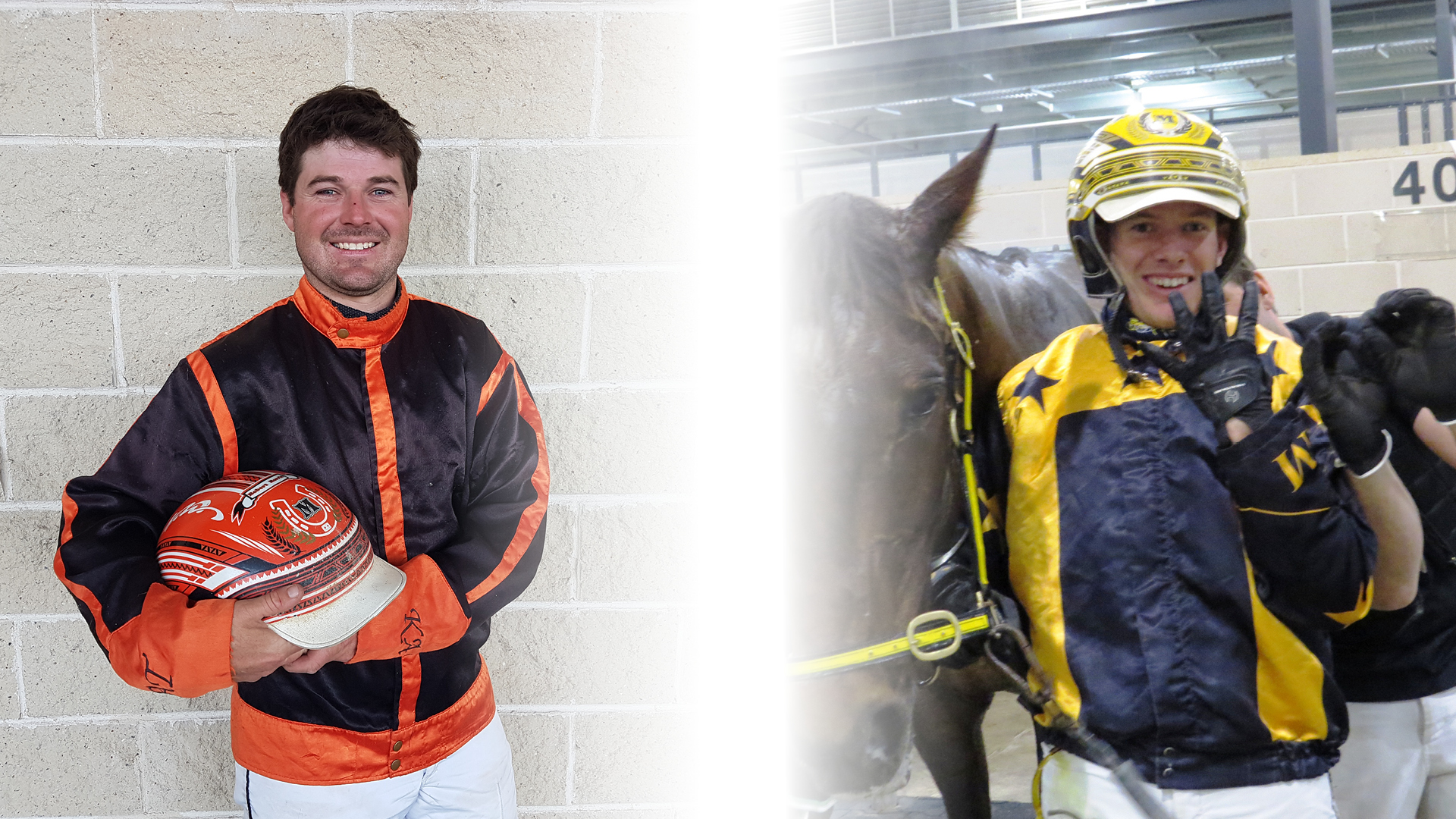 COUSINS Robert and Davis Morris never give each other an inch on the track when they go to work as a couple of this...

COUSINS Robert and Davis Morris never give each other an inch on the track when they go to work as a couple of this state’s leading reinsmen.

Off the track they are both candidates for father-of-the-year with young sons their pride and joy.

And that merely makes them focus even more when they head for the track in their desperate drive for more winners.

That healthy rivalry should continue at Bankstown tonight when the pair line up with plenty of chances on the seven-race program.

The pair both have a terrific strike rate at Bankstown and will ‘face off’ in at least two of tonight’s races intent on finishing in front of the other and walk away with bragging rights . . . if not a win or two.

Robert may have the edge in the opening race when he handles last-start winner Squire ($4.50) for his trainer and partner Kerry Ann Turner while David has secured the drive on $15 shot Thanks Jack for former Inter Dominion winning reinsman Howard James.

Still both men may have to settle for minor prizemoney with the presence of up-and-coming pacer Commander Kirk (Todd McCarthy), who has been listed $1.40 favourite despite drawing the outside of the second row.

Robert has the edge in the next two races driving Irish Grit (Race Two) and first starter Kelli Frost (Race Three) while David watches from the sidelines.

Race Four should be fun to watch with David drawn gate one with outsider Fearless Lord for trainer Riccardo Errichiello.

He’s bound to face a desperate challenge when the starter says go from cousin Robert, who is drawn right beside him with $3.50 second favourite Golovkin, whose chances would appear to be a lot better if he can find the front. David might have the last say in that battle.

Leading trainer Kevin Pizzuto might also spoil that party as he has two top chances in Race Four, the $2.50 favourite Alta Teresa (Todd McCarthy) and the unlucky Miss Patriot (Corey Bell), who is listed as an $8 shot and cannot seem to get a draw to make her competitive.

The Morris boys will watch the next two races from the sidelines before David gets his best hope of a win on the night when he takes the steer on $6.50 shot Megs Ferrari in Race Seven.

A winner at Menangle four starts back, David has not driven Megs Ferrari in almost two years but did have a good record on the son of Santastics Pan when he won a race at Penrith on him.

Tonight he’ll be hoping to add to that record.