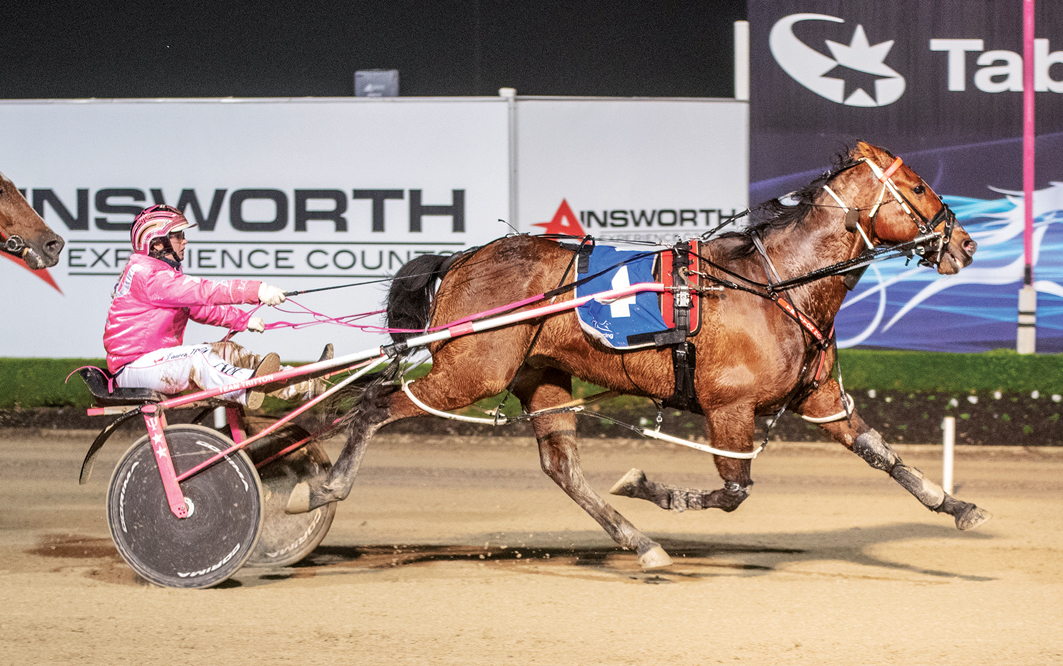 Cracka to take class rise in his stride

Arriving at Lauren and Shane Tritton’s stable last May, Cracka Stride has had four starts for two wins, including Menangle four weeks ago.

Given a short break following his victory – while the Trittons also enjoyed a well-deserved holiday – Cracka Stride is ready to continue his rise through the grades according to co-owner Sheena Perkins.

“He has thrived since going to Lauren and Shane and we couldn’t be happier,” Perkins said. “He was given a few days off after his last run, but I’ve been told his work has been terrific.

“He’s drawn perfectly in the pole and hopefully can make the most of it.

“It’s a step up for him on what he has been racing, but it’s a pretty even field and he is going into it with his confidence up.”

Before heading to the Tritton camp Cracka Stride was prepared in Queensland by Perkins’ future father-in-law, Graeme Gavin.

During his stint with Gavin the son of Christian Cullen won four races at Albion Park.

“Graeme did a wonderful job with him,” Perkins said. “But after the horse had about 12 months off we eventually decided to send him to Lauren and Shane.

“Not only is the prizemoney great in New South Wales, especially if you can win at Menangle, we felt Lauren’s aggressive style of driving would suit him.

“So far it’s working out well and hopefully that will be the case on Saturday night.”